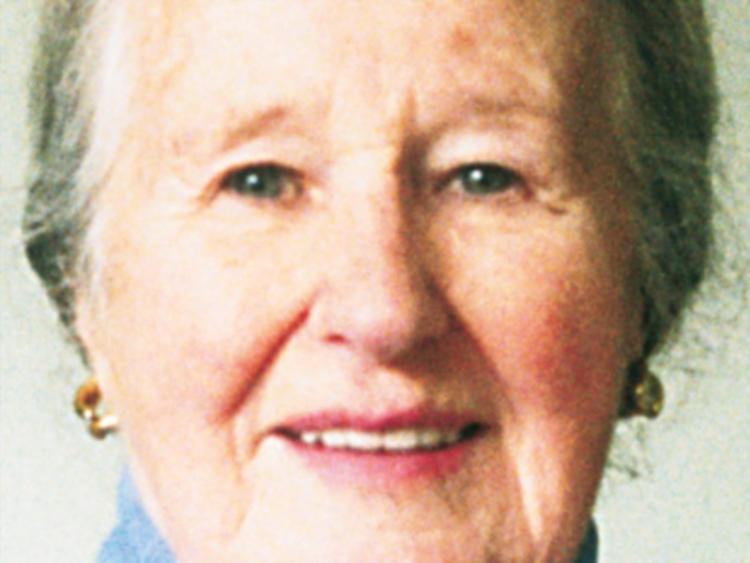 THE NEWS that Arlene Foster, the leader of the DUP would be amongst the interviewees in a recent Saturday night’s “Late Late Show” encouraged this columnist to tune into a programme not normally on my listening list.

It seemed to me that she gave a very dignified and balanced account of her personal beliefs, the background and family history from which she had come, and the political policies of her Party. That background involved the shooting of her father by the IRA, the consequent leaving of her family home on a farm, and her survival, and that of her young school-going contemporaries, when a bomb was placed on the bus in which she and they were passengers.

All of those family experiences may have influenced her opinions and her political philosophy, but it was an influence from which she had to, as we now say, “move on,” and adjust, in the overall pursuit of a peaceful and just society. And while some of us in this part of Ireland may not agree with the content of some of these opinions they are sacrosanct and she is entitled to express them, just as we all are, provided they are not expressed in such a way as to discriminate or cause harm to other people. As she quietly said - we live in a democracy and are entitled to our opinions. Indeed, it seems to me that this is a fundamental right as is the right to express them.

And it is this human right which became the first target for suppression in the rise and rise of dictatorship in the Europe of the last century. It happened in Stalin’s Russia, Hitler’s Germany, Mussolini’s Italy, Franco’s Spain, Salazar’s Portugal. Any publications critical of the emerging regime were prorogued. Books were burnt, media silenced, critics who expressed opinions were quickly dispatched to the gulags of Siberia, the detention centres which became the concentration camps where they faced long-term imprisonment and more often, death. For the most part the authors of these warning opinions have been long forgotten, especially in the horrors which resulted in the obliteration of democracy. They were voices crying in the wilderness, and ordinary people, fearful for their families, their homes, their jobs and their lives, had no wish for a life in the wilderness. They shut up.

This official suppression of the absolute democratic right to free speech continued in Europe, behind the so-called Iron Curtain until the last decade of the 20th century. Many publications on studies of the released Stasi Files make for chastening reading. Opinions, often entirely innocent, but interpreted as critical of the regime were recorded, and held in evidence of a possible prosecution. Even private opinions expressed within the four walls of a home were sometimes recorded by a suspicious paranoid state.

The silencing of opinion, however, is achievable even in democratic states by the public fashions and perceptions of the time: what is “in” and what is “out”, what is seen as “old hat” or a “bit of a laugh.” Public scorn, derision, facile dismissal, a refusal to listen, are all very effective in quashing opinions with which an apparent majority does not want to concur.

And that is where, it seemed to me, that Arlene Foster performed very well in her recent television presentation. Surely, the objective of an interviewer is the extraction of information, the finding out what makes the interviewee “tick.” Why they think as they do. Why they hold the opinions that they hold. Of course they should be challenged, and that challenge was significant in circumstance where the atmosphere was not over-hostile but certainly not over-friendly.

The printed word, a free press, modern media, publicly owned modern radio and television, all have traditionally been regarded as the custodians of the right to opinions however diverse those opinions might be. The reportage of news is sacrosanct. It has to be factual and accurate. But, as the same time, the media’s job is also the facilitation of opinion, the opening of its pages and its screens to debate and opposing opinions, all circumscribed by the provision that it should not facilitate discrimination or cause harm. And that all should be fair, equal and balanced.

Here, it is necessary to insert the fact that this column is being written a week before our elections, and thus is casting a retrospective glance at some aspects of the legislation enacted by the outgoing government, particularly in Constitutional reform.

In “The Sunday Times” (a British publication), David Quinn (issue February 2) states that “Conservatives have been left out in the cold.” In this case I like to write “conservatives” with a small “c,” and they were many hundreds of thousands of Irish people, some, though by no means all, belonged to an older generation, and who would have wished for a more widespread nuanced debate on some aspects of the social reform legislation. And here there was a certain consensus that the media - especially the national broadcasters, were hostile to their opinions.

That may, or may not, be right, but the fact is that whatever the circumstance, the right to hold and express an opinion, is a human and democratic right. It does not go away, you know!