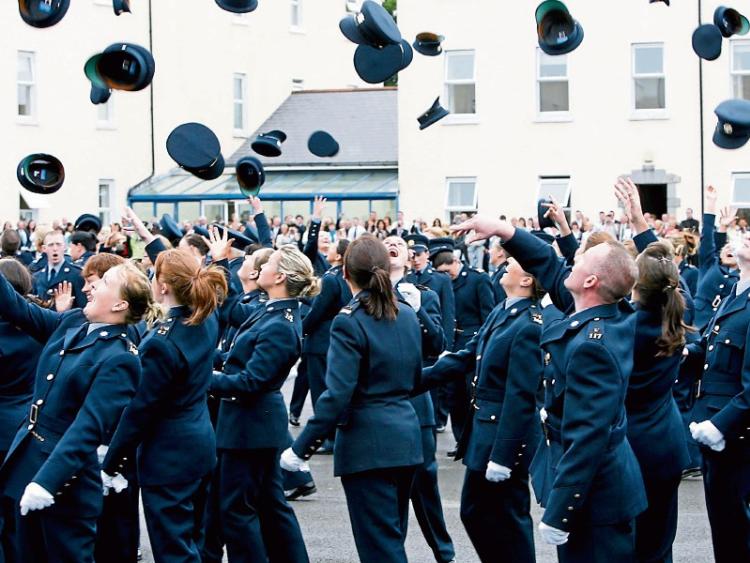 Tipperary All-Star hurler Ronan Maher and his cousin, former Tipp player Denis Maher were among the 201 Tipperary Gardai who graduated from the Training College in Templemore this afernoon having completed their BA in the Applied Policing programme.

Garda Ronan, who helped power Tipperary to the All-Ireland senior hurling final in 2019, when he won his second title, was joined by his older brother, and also a Garda, Padraic and family members and friends on what was a memorable day for the extended family. He is expected to line out for Tipperary on Sunday when they take on Westmeath in the Allianz National Hurling League in Nenagh. Garda Maher will be stationed in Tullamore. 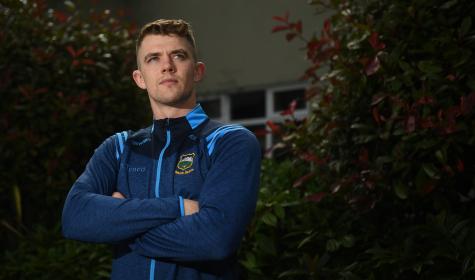 Meanwhile, his cousin Denis, a former member of the Defence Forces, who also hurled for Tipperary in a number of campaigns, will be stationed in Kilkenny. He too was joined by family members and friends.

Garda Commissioner Drew Harris was joined by Minister for Justice Charlie Flanagan for what was a very special day in the College – this was the 20th intake to graduate under the new BA (Applied Policing) programme – and there was a huge attendance in Templemore for the celebrations which continued long after the formalities had ended. The new recruits and their families and friends were entertained in many local restaurants and hostelries to complete what is regarded as one of the biggest days in the career of the Gardai. 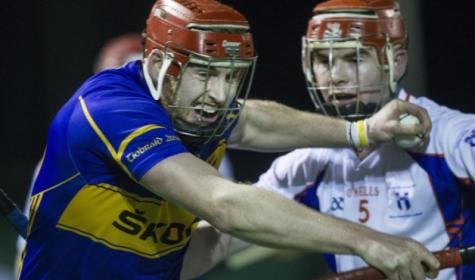 Above: Denis Maher in action for Tipperary

There were 144 males in the group with 57 females completing the class which commenced training on July 15 2019. They will begin phase II on February 20 in their various Garda stations.

The Minister and Garda Commissioner congratulated the students once the famous drill displays had been completed in the College Square – they pledged the full support of the Force and the Government to the new Gardai to help them carry out their roles in the communities they will serve.

Despite the very inclement weather ahead of Storm Ellen there was a very warm round of applause for the efforts of the Gardai and the Garda Band who provided the music on the day and helped to ensure that the ladies and gentlemen of Intake 192 remained in step.

The sky had a threatening look about it for most of the ceremony and there were a few scattered showers throughout the day which always attracts great interest from around the country – Minister Flanagan pointed out that the strength of the force now lies at 14,467 members – the largest in ten years. And Commissioner Harris confirmed that the recruitment programme would continue at pace into the future as well.

Despite their being 201 new recruits, just 11 of them are bound for Garda Stations in the Tipperary Garda division, with five to be stationed in Thurles, and three each in Tipperary Town and Clonmel.

The Tipperary Gradai who graduated are:

Garda Ronan Maher to be stationed in Tullamore.

Garda Ferdia O'Connor to be stationed in Naas.

Garda Fiona Hogan to be stationed in Roxboro Road.

Garda Damien Ryan to be stationed in Henry Street.

Garda Oisin Flynn to be stationed in Enniscorty

Garda Niall Butler to be stationed in Carlow.

Garda Stephen Ahern to be stationed in Kilkenny.

Garda Denis Maher to be stationed in Kilkenny.

Garda Michael Morrissey to be stationed in New Ross.

Garda Aidan Doyle to be stationed in Carlow.

Garda Errol Lim to be stationed in Naas.

Garda Mauro Barausse to be stationed in Blanchardstown.