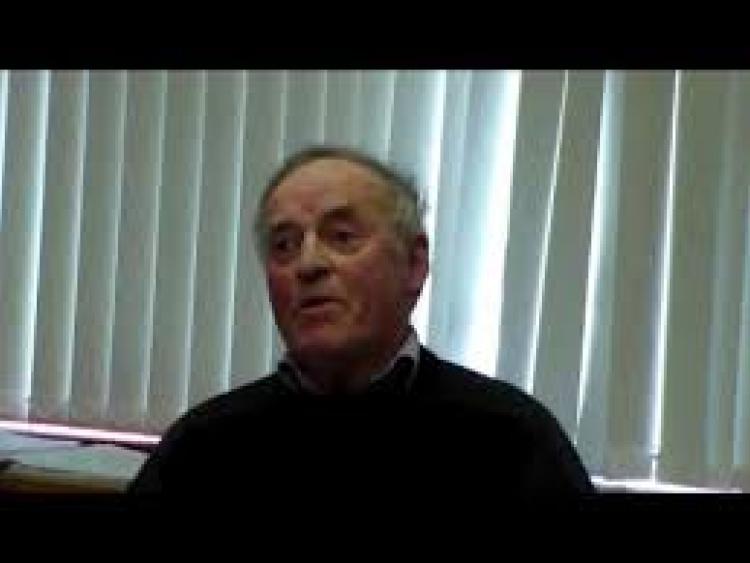 Paddy farmed the home land in Clonoulty and was highly regarded in agricultural circles.

West Tipperary, and especially the parish of Clonoulty Rossmore, is today in mourning following the untimely passing of a larger than life character, local man Paddy Heffernan of Shrahavaralla who has died unexpectedly.

The Lord Mayor of Clonoulty, Paddy was known throughout the length and breadth of Tipperary through farming, sporting, Macra na Feirme and social circles. Everywhere he went he brought that hearty laugh, great sense of humour, and always a willingness to 'hop-a-ball' and kickstart, debate, discussion and sometimes even a good row, which he would invariably walk away smiling from and leave it to the rest of the gathering to finish off.

Paddy farmed the home land in Clonoulty and was highly regarded in agricultural circles. However, a serious accident many years ago left him with big challenges to face and many hurdles to jump. He accepted these challenges head-on and, despite his injuries, he managed to return to work where, together with his wife Mary, and their family, they continued to operate a very successful business which has been bolstered and greatly enhanced by the presence of their family members who are now on hand to run the enterprise.

Paddy though, was there to the last and was constantly overseeing the work. He loved nothing more than being out on the farm, helping out – after all he had given a life time to the land and the animals, and old habits die hard.
The Heffernan's are regarded as great neighbours and tremendous supporters of all parish events – none more so than Paddy. His words of encouragement for everyone were greatly appreciated and he had a tremendous ability to retain information, names, dates and community connections. He loved tracing members of the community and their families and delighted in conversation with people from many different walks of life. He gave of his time willingly and was never a man in a hurry when he met friends, old and new. Paddy would take the time to chat, share a conversation and inquire after everyone associated with his friends.

Paddy was a founding member of the Miss Macra Festival  in 1972 - almost half a century ago - which highlighted a sense of total inclusion in farming. Clonoulty Rossmore Marca na Feirme club was to pioneer the concept of the festival over the course of the August Bank Holiday weekend, which brought contestants from all over Ireland and, in years to come, from overseas, to the parish and to Tipperary in general – the festival grew into the International Miss Macra Festival and was one of the big highlights of the social calendar locally.
Paddy was one of the festivals driving forces for many years and he was backed by his own family members who embraced the festival also and ensured that it would continue to this day as a significant date in the calendar. At the time of his passing, Paddy was still a driving force, attended the International Miss Macra Festival every year, and hosted contestants as one of the many local host families. He also held a range of roles in the Clonoulty Rossmore Macra na Feirme Club including that of chairman for many years and acted as a Macra judge for many events throughout the country - he was the associate members representative on Macra na Feirme for many years too.

Paddy's experience of business, farming and life ensured that his talents and wisdom were often sought after. He was on many committees down through the years including the Board of Tipperary Co-Op, and the Board of Management of the Ursuline Secondary School in Thurles. He gave of his time freely and generously– a gift appreciated by all. He was also a former Chairman of the Clonoulty Rossmore Vintage Club which hosted many events and donated very significant sums of money to many charities down through the years.

A man of deep faith, Paddy's passing came as a shock to all. He had overcome a by-pass operation just last week and was doing very well. He was due to have further surgery a few days ago, but died suddenly prior to the operation, sending shock waves throughout his immediate and extended family, his neighbours and his many friends.

The ball of energy and life that was Paddy Heffernan will be dearly missed in Clonoulty Rossmore, in west Tipperary, County Tipperary, in Munster, in Ireland, and on the international scene. His warmth, his generosity of spirit and his influence had traversed many boundaries – his name was known everywhere, his repute and esteem of the highest order.
Sadly, due to Covid-19 restrictions, his funeral must be a private affair. Thousands would surely have descended upon Clonoulty parish to pay their final respects, but instead, Paddy's passing is marked by way of tribute and the extension of sympathy, from a distance, to his wife Mary, his sons and daughters, grandchildren, relatives, extended family and many many friends.

May he rest peacefully now in the Heaven he strived for throughout his life.