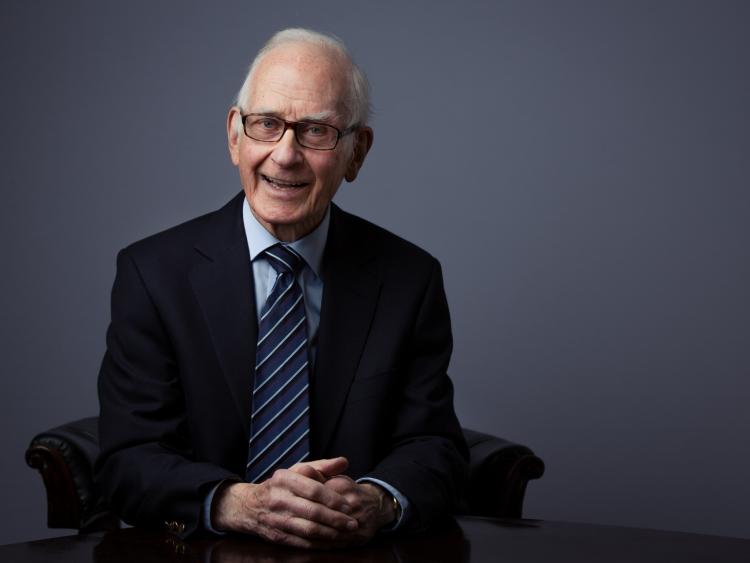 His professional colleagues, his many clients, and his many friends were deeply saddened at the recent unexpected death of the solicitor, Bryan Maguire.
It was particularly poignant that he should die during this troubled period in Ireland, when obsequies and funeral ceremonies have been so circumscribed; thus curtailing a public acknowledgement of the respect and esteem in which he was held.
Bryan Maguire was born in Golden. Both parents were teachers. He had a charmed young life, living in the beautiful Suirside countryside, with three sisters and with parents who encouraged reading, music, sport and above all the development of personal responsibility.
On leaving school, he attended university, with the objective of studying medicine but quickly changed to law. Qualifying as a lawyer, he was admitted to the Roll of Solicitors in 1954.
He initially worked in Callan as a qualified solicitor and his independent (or self-employed) legal career started in Cashel and he went on to open a sub-office in Fethard.
He was then invited to join the long-established firm, J. J.O‘Shee Murphy & Co. Solicitors with offices in Clonmel.
Following the retirement of Frank Murphy, Bryan became the principal of the firm, and at the time of his death had served over 65 years in the practice 0f the law. He had a profound commitment to the law, was a formidable advocate for his clients and was acknowledged as having a strong presence in court.
He had a very wide and very busy practice, involving conveyancing, probate, commercial work and litigation.
His many clients always appreciated his sound and wise advice.
He was appointed State Solicitor for Tipperary South Riding in the late 1970s until his retirement from the post in 2000.
Though the law was the dominant factor in Bryan Maguire’s professional life, he had many other interests. He was a modest man, with a wry sense of humour.
He could tell a very good story. He was an acute observer of the human condition, a quiet supporter of many charities and a committed citizen, and Christian.
He loved walks in the countryside accompanied by his dogs.
He also had a passionate love of music, was a very talented pianist, who enjoyed playing iazz.
But above all else, Bryan was a family man, who loved and cherished his wife, Margaret, and his children, two of whom followed him into the legal business. His loss to his family is profound and they have our deepest sympathy.
He will be remembered by his colleagues with much respect and affection, amongst whom he was regarded as having “a fierce intellect" which he wore lightly.
He was acknowledged by his fellow professionals as combining the “best of the old school and the contemporary”, who practised the law conscientiously where “values, ethics and professionalism were uppermost".
He will, be fondly remembered, too, amongst the officials and staff members of the many court houses where he served. And finally he will be remembered for his help and kindness to young newspaper reporters who, while learning their trade, could be intimidated by the formality of court procedures and language. To them, his encouragement was invaluable.
All will miss Bryan Maguire.
May he Rest In Peace.
Tipperary Live - Iif Carlsberg did a loan it would probably be an MFI Covid loan