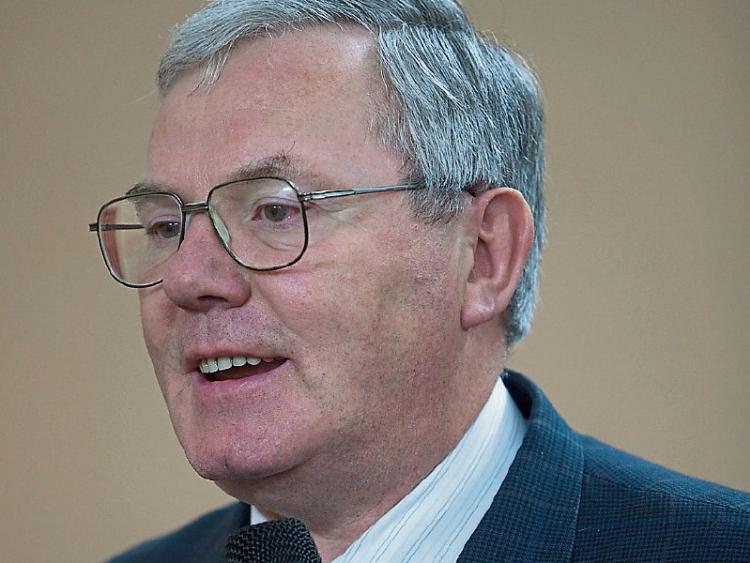 We're facing a summer without sport – and possibly a year. In the face of a pandemic that is causing so much death and despair, it might appear to be a small price to pay.

And it is – sport will return and so will our lives. Things will be different but we will return to a modicum of normality.

But in the meantime the absence of sport, and especially GAA, is having an impact. It's hard to believe that we don't have a Munster championship to look forward to in both hurling and football, that we cannot enjoy Tipperary's bid to retain the McCarthy Cup, that on the club scene we might not see local derbies such as Commercials against Moyles Rovers, Thurles Sarsfields against Loughmore-Castleiney.

Will this have an impact on our society? One man who thinks it may very well is former County Board chairman, head of Semple Stadium committee and a former GAA trustee Con Hogan.

He is immersed in GAA from his own club, Marlfield, to the highest echelons of the GAA, so is well qualified to comment on what the association and its games mean to so many people.

He says that sport is so much part of the community in Ireland that it really cannot be separated from the people. It is part of who we are.

“Sport is a way of life for so many people and so many families and suddenly it is brought to a shuddering halt and I think the knock-on consequences of that might be quite significant”, he says from his home in Clonmel, where like thousands across the country, he is chomping at the bit to see a game of hurling or football.

“For households, with children of different ages, from teens down, playing sport is a healthy outlet, but it is about socialising, learning to compete, gaining confidence, learninig how to win and learning how to lose. Now all of that is brought to a sudden halt and there may well  be an impact on the social development of young people.

“And also for the parents and mentors who look after them, their whole sense of purpose, leadership, inter-action and socialisation, is also brought to a halt.

“So whole  households, and by extension, whole communities, are really affected  in quite a profound way but it will take time for that to be seen”.

Mr Hogan says that people are stoical about the crisis and  believe it will end – but with social distancing implications, it could take a lot longer to end and that is a serious matter.

And because of the make-up of the GAA, it will leave its mark on people.

“Sport and community in Ireland are very closely inter-linked in a way not seen in many other countries, partly because of the amateur ethos.

“So there's a feeling of involvement and accomplishment and doing social good in a way that's very deep.

“And when you cut that off from people their sense of value to the community is cut off as well”.

Whole families are now involved in GAA affairs, with women very much to the fore.  It costs a lot of money to finance clubs and with many club lotto draws suspended during the pandemic, money will be getting tight.

And with the GAA set to lose €50m this year, there is unlikely to be much coming from the top down.

As president of Clonmel Golf Club, Con Hogan was able to return to his next favourite sport this week but doesn't envisage getting to a GAA match anytime soon.

And it's not just the game that people way to see but to return to that way of life, to meet  friends, banter with opposing fans, enjoy the occasion that only a championship game in Semple Stadium can bring.

So can the head of the stadium see fifty thousand people back in the stands and terraces for big games? Not unless  the issue of social distancing is addressed, he says.

But he thinks that things must change if the country is to ever get back to some degree of normality.

“I think what will happen is that we have to live with this virus. It is not going away neither has HIV gone away. We have learned to deal with it, learned to prevent it but when it happens we have a cure”.

He believes Covid 19 will need to be rooted out in the community and testing is vital to this.

In the case of a sports club, if an infection is detected then it must be acted on immediately and the personnel isolated.