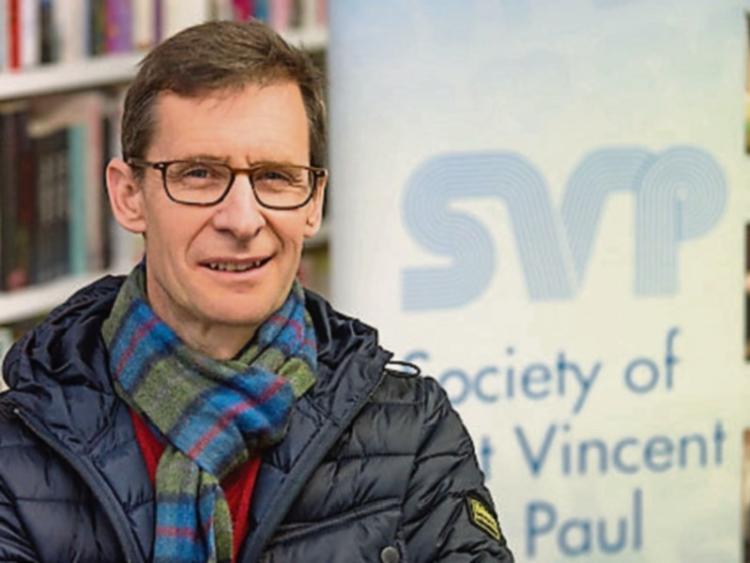 The Society of St Vincent de Paul (SVP) sincerely thanks the Irish people for so generously donating over €1.1 million since the airing of the Late Late Show featuring Daniel and Majella O’Donnell in support of the charity on Friday night.

Clonmel man Kieran Stafford, who heads up the organisation, said it was a magnificent response. He said the money is urgently needed as the society battles poverty across the country.

Daniel and Majella were interviewed live on the show by host Ryan Tubridy and described the current situation members of the Society are seeing around the country as a result of the pandemic.  Asking the Irish public to support the charity, Majella shared a letter from a parent struggling to pay for basic food items after their small business closed in recent weeks:

“When my Covid-19 payment application was refused, I was down to my last few euro and I actually borrowed some money from my children aged 13 and 16 to buy some bread, milk and cheese,” Majella read from the letter.

“I felt hesitant to look for help but decided to swallow my pride. The first I thought to contact was St Vincent de Paul. I looked up your local number online and phoned you. I explained my situation (and became a little upset doing so as I hadn't talked to anyone about it). The person on the line was understanding and considerate and promised to have some help for me that very day. I felt a great weight lifted off me immediately. You followed through on that promise and have been a great help over the last couple of weeks.”

Kieran Stafford, SVP national president said that in over 20 years volunteering with SVP, the past few weeks have been the most difficult he has ever known.

“SVP has been working very hard to continue our support for the many people seeking help over the past weeks. While our physical visits to homes, emergency accommodation, hospitals and prisons have been halted we have been working online, by telephone and by post to provide support to those seeking help.

“With the increasing need of SVP services across the country and income drastically reduced from the closure of our 234 shops and the cancellation of church-gate and shopping centre collections, finding public support is more important than ever.

“The response to Daniel and Majella’s call for help, supported by the Late Late Show, has been above all our expectations. We are so thankful to the Irish people who have once again shown their incredible generosity to their neighbours.

All donations made online or over the phone can be directed for use in a local region, county or town as it is not possible for SVP to carry out local collections at present. The majority of donations received over the weekend came with such a request, which will provide a great boost for local SVP Conferences around the country.

Donors also left some heartfelt messages of solidarity and encouragement for their neighbours who have fallen on hard times due to the pandemic:

“When my three children were in their early teens and we had no money for badly-needed shoes, I went to SVP. I got the shoes and somehow we got through life and our children are all now wonderful citizens, paying their way and being generous to their community. I often think of this wonderful organisation and its kindness to me that difficult day. I am so happy to donate now and help someone else in my community going through the same.”

“We're all in this together. Today it's someone else... tomorrow it could be us.”

Last year SVP helped over 160,000 people and families and had expected that figure to rise by about 10% this year.

But now it believes that figure will be well exceeded from new people who find themselves struggling financially as a result of losing their jobs or living on reduced income due to the necessary restrictions to combat the spread of Covid-19.

Helping people in need in times of crisis is not new to the Society of St. Vincent de Paul. It is the best known and most widely supported organisation of social concern and action in the country with over 11,500 volunteers and 1,200 Conferences active in every county serving the poorest and most vulnerable in our communities.

Since its foundation the Society has provided help and support to those most in need, through the Famine in the 19th century, two World Wars, an Uprising, a Civil War cycles of economic austerity and now a pandemic, Covid-19.