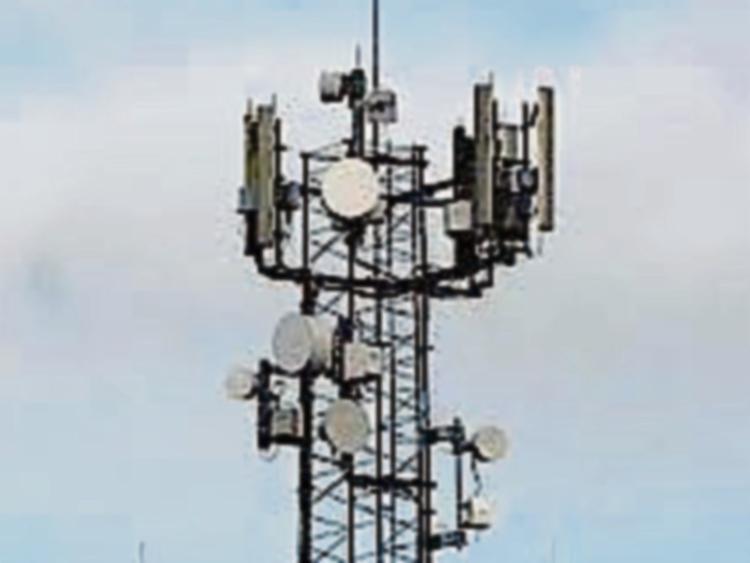 The granting of planning permission for a 22 metre high Eircom mast at Ballymoreen, Littleton has caused uproar in the village, with locals residents stating that they knew nothing of the proposal until after the decision had been made by Tipperary County Council.

The 22 metre “telecommunications support structure” as it is referred to in the planning application, to be erected on a parcel of land owned by Eircom at the entrance to Littleton village will carry antennas, dishes, associated equipment, together with ground equipment cabinets, new fencing and landscaping.

However, all knowledge of the proposal has been denied by residents who say they only became aware of the planning application after permission had been granted and it was too late to submit their thoughts on the proposal.
Now though, residents and parishioners are putting together an appeal to be lodged with An Bord Pleanala to overturn the decision by Tipperary County Council - a decision which came with six conditions attached.

Covid-19 restrictions have ensured that mobilising the locality has proven difficult, but locals are now putting together a petition to be lodged with their appeal and there has been great surprise and anxiety in the village once news emerged of the structure being in the pipeline, not to mention getting planning permission.

Local lady Patricia Fogarty explained to The Tipperary Star:
“We live right opposite this Eircom sub station and we knew absolutely nothing about this proposal. It went through the planning process and nobody here knew any thing about it - there was no public consultation and the first we realised anything was happening was when permission had been granted.

“We are very concerned and we will be appealing the decision to An Bord Pleanala on a number of fronts. First of all there is the whole issue of concern for health. And, then we will have this 22 metre high mast just across the road from us for ever more. It's not what we want and it's not what the people of Littleton village want either,” Patricia said.

The Tipperary Star understands that Eircom had tried an alternative location some time ago but abandoned that idea when it become apparent that the property owners were not willing to engage with them.
However, the company then decided to erect the mast on their own property just on the approach to Littleton village on the former main Dublin-Cork road (at the Horse and Jockey side).

“We are now trying to raise awareness of this decision and its implications for us all. If this goes ahead it will devalue all of our properties here in Littleton and we are very fearful of the health implications too.

“It has been difficult to inform people of this decision and to create an awareness of what has happened because of the Covid-19 restrictions, but we are now pursuing this leave to appeal so that we can make our case to An Bord Pleanala and see what they will decide.
“It is very unsatisfactory for us all and we cannot believe that something as big as this could go on around us but below the radar for so long without anyone locally knowing,” Patricia said.