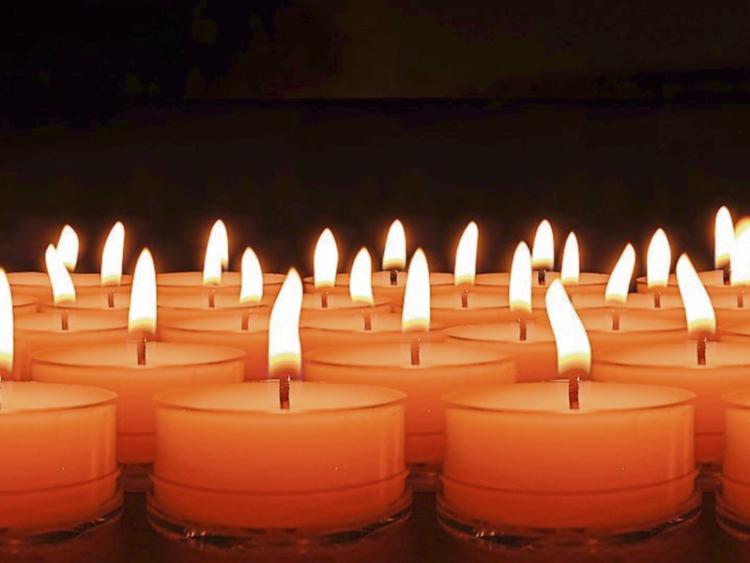 The death has occurred of Theresa (Tess) Costello (née Hamell), The Paddocks, Pallas, Borrisoleigh, Co. Tipperary. Formerly of Killough, Killea. Peacefully, after a short illness, at Nenagh Hospital. Predeceased by her husband Packie. Deeply regretted by her brother-in-law Tim, sister-in-law Philomena, nephews Jim and Noel, niece Mary, extended family, her carer Patricia Kearney and many friends. In line with government guidelines, a private funeral Mass will take place in Illeigh Church on Friday at 11am, followed by interment in the adjoining cemetery. Messages of condolences may be left on the section marked condolences. A Memorial Mass for Tess will take place at a later date.

The death has occurred of Margaret (Peg) McCabe (née Sweeney), Sandhill Road, Ballyheigue, Kerry/Nenagh, Co. Tipperary and late of Moneygall Co. Offaly. Peacefully at her residence in Ballyheigue on Tuesday 26th of May surrounded by her loving family. Beloved wife of late Terry and dear mother of Tríona, Lou, Terry, Valerie and Niamh, sister-in-law Anne, brother-in-law Tom, sons-in-law, Sheena, grandchildren Luke, Laura, Gillian, Kelly, Brendan and Emma, nephews and nieces, extended family and a large circle of friends. A private family funeral will take place on Friday 29th of May at 12 noon in St. Marys Church Ballyheigue and burial afterwards to the Holy Family Cemetary Ballyheigue. A Rememberance Mass for Peg will take place at a later date.

The death has occurred of Mary McCarthy (née Croke), Grange, Cashel, Co. Tipperary and London. Wife of the late Jack McCarthy. Will be sadly missed by her loving family, daughters Anna, Kathleen and Rita, her sons James and Patrick and extended family and friends. Funeral Service will take place on Tuesday, 2nd June, at 2pm in Beckenham Cemetery, BR3 4TD.

The death has occurred of Patrick (Paddy) Morgan, Rockford, Ballycommon, Nenagh, Co. Tipperary. ​​​​​(Retired P&T) Peacefully at home surrounded by his family. Pre-deceased by Tess & Esther, brother Mick and sister Mary. Deeply regretted by his loving family Noreen (Kennedy), Anthony, Teresa (Morgan-Langton), Patrick, James and Trish (O'Shea). Brothers Thomas and Billy, sister Margaret. Grandchildren Stephen, Colleen, Teresa, Mandy, Gillian, Dani, Hannah, Sam, Charlize, Callum and Josh. Great-grandchildren, sons-in-law, daughters-in-law, brothers-in-law and sisters-in-law. Nephews, nieces cousins relatives kind neighbours and many friends. Due to Goverment advice regarding public gatherings a private family funeral mass will take place this Friday morning at Carrig Church. The funeral cortège will pause at his home in Rockford at approx 12 O’C. followed by burial in Lisboney New Cemetery at approx 12.30 o'c. We suggest using the online condolence page as an option to offer your sympathies to the family. Thank you for your understanding and co-operation at this time.

The death has occurred of Sarah (Sally) O'Donoghue (née Reddin), Corrigeen, Rathcabbin, Roscrea, Co. Tipperary on the 26th of May, peacefully, in Tullamore General Hospital. She is predeceased by her husband Daniel, and sisters Frances and Joan (Sr de Lourdes, Carlow). Sally was a much adored mother to Bernadette, Donal, Maelisa, Carmel, Caroline and Úna. She will be sadly missed by her son, daughters, brother Pat, Rita Downey, Dan Reddin, sons-in-law, daughter-in-law, grandchildren, great-granddaughter, niece, nephews, relatives, good neighbours and many friends. Removal from her home on Friday, May 29th at 11.30 am for a family funeral Mass at Our Lady Queen of Ireland Church, Rathcabbin, at 12 noon, followed by burial afterwards in Bonoham Cemetery.Mass will be streamed live on www.memoriallane.ie/livestream In an effort to follow best practice, in regards to gatherings for funerals, people are asked to adhere to guidelines. Thank you for your cooperation.

The death has occurred of Christina ( Chrissie ) O'Meara (née Dunne), Burke’s Hill, Birr, Co. Offaly and formerly Rodeen, Borrisokane, Co. Tipperary, May 26th, 2020 (peacefully) after a short illness at University Hospital, Limerick. Beloved wife of the late Paudge and dear mother of Carmel (Guilfoyle), P.J, Muriel (Ruane), Catherine (Larkin), Caroline (Philips) and Sandra. Deeply regretted and sadly missed by her daughters, son, sons-in-law, daughters-in-law, grandchildren, great-grandchildren, brother, sisters, brothers-in-law, sister-in-law, nephews, nieces, relatives, neighbours and many friends. Due to government advice regarding public gatherings, a private Funeral will take place. For those who would have liked to attend Chrissie’s Funeral but due to current restrictions cannot, you can leave a personal message for the family in the condolences section. The family thank you for your co-operation, understanding and support during this sensitive time.