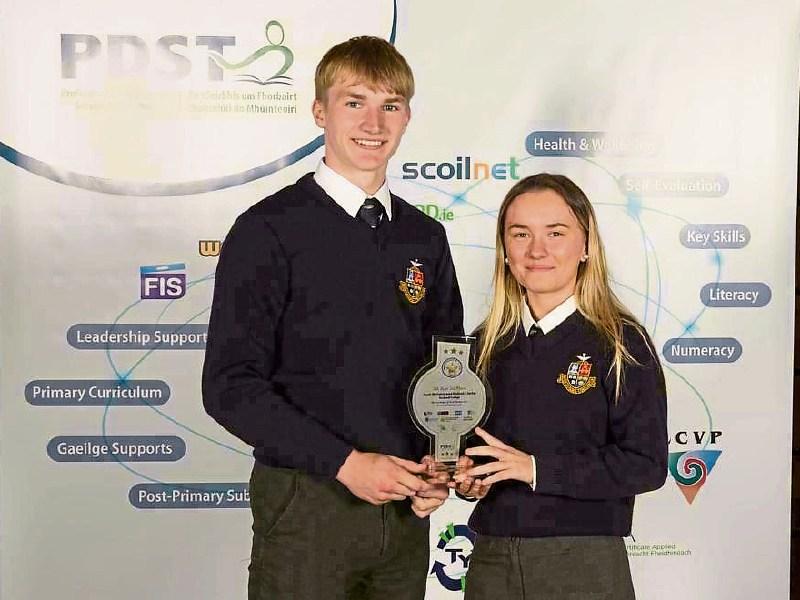 Rockwell College, Cashel, claimed a clean sweep of gold medals in 6th Year, 5th Year and TY in the national Young Economist of the Year competition 2020.

This builds on last year's top awards for 5th and 6th year.

While the project was submitted on February 27 it predicted the global depression that we are now experiencing as a result of the Covid-19 pandemic.

Finally, with climate change and rising sea-levels inevitable they conducted a cost/benefit analysis of the Clonmel Flood Relief Scheme and called for more initiatives such as this noting its importance to the people of Clonmel.

Padraic Clarke when reflecting on the project remarked that’ to win a national award we were going to have to be brave and to make brave predictions.  It paid off’.

Peter Keating, Russellstown, Clonmel, of Fifth Year conducted a cost/benefit analysis of his father’s electric car proving that the government should incentivise electric cars in particular with regard to the upfront cost and accessibility to charging points.

TYs Bobby Smith and Tadhg Carey conducted a study on the workings of the Silvermines Hydro Power site calling for the project and many more like it to be fast tracked.

Silver Medal winners Conor Walsh, Ben Coleman and Luke Healy did an analysis on the insurance business and proved that it was very much in the interest of the consumer to shop around concluding that those who do can save 30% on premiums on average.

While all were a little disappointed that the presentation ceremony scheduled for UCD on April 29 couldn't take place, all are looking forward to the remote ceremony to be held in late June.

Retiring Deputy Principal Mr Michael Doyle spoke with pride of the work put in by the students since September and paid tribute to their work and the willingness of all competitors to help each other out by proof reading and sharing ideas.