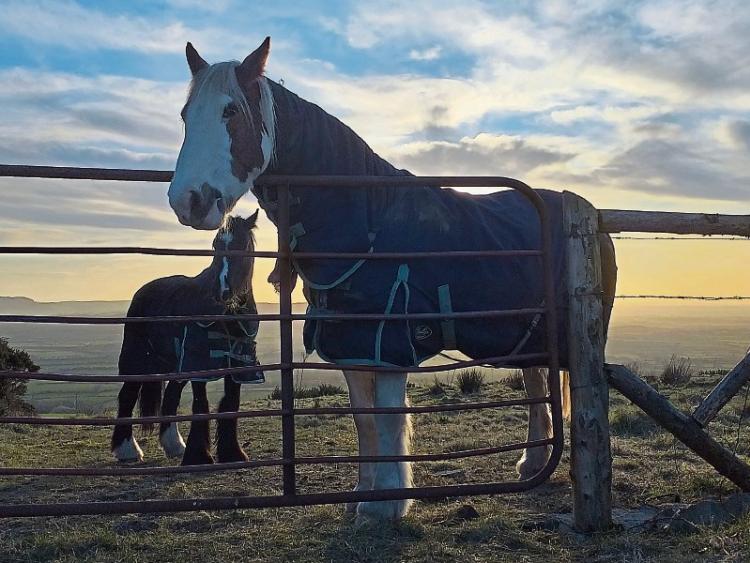 Stray horses are proving a danger around Clonmel and local councillors have demanded immediate action.

The horses have made their way into housing estates, town parks and along the Blueway and there are concerns that someone could be hurt by the horses.

Tipperary County Council chairman Michael Murphy said action must be taken immediately and he has called for better use of resources than the money already spent to curb the threat.

He told a meeting of Clonmel Borough District that Kilkenny city enforces an exclusion zone for stray horses and Clonmel should adopt a similar policy. He suggested that an exclusion zone inside the town's speed limit area should be considered.

He called for a strategic approach to tackling the problem.

“This has been a problem for sometime, with horses making their way into housing estates and town parks such as Mulcahy Park. It is very difficult for people to use the park safely with horses on public ground”, he stated.

“The grazing of horses on both public and private land is totally unacceptable”, he added.

Cllr Murphy said that the €100,000 spent on controlling horses each year – amounting to half a million Euro over the lifetime of the council - did not represent money well spent and he called for a new approach.

The council engages an agency in Cork that removes stray horses when complaints are made and Cllr Murphy said the expense involved wasn't sustainable.

Cllr Richie Molloy said that recently horses had come over the ditch at the Old Bridge onto to the public road and could have led to accidents.

He said horses had also made their way onto amenity areas such as the Blueway along the river and there was not only a health issue because of their droppings but a safety concern for walkers and cyclists.

Mayor Pat English agreed with Cllr Murphy  that it was a serious amount of money to be spent on removing horses – said to be €1,000 for every horse removed from public land.

“The horses are also a problem in private estates and it is not acceptable that they are brought onto private land to graze”, he said.