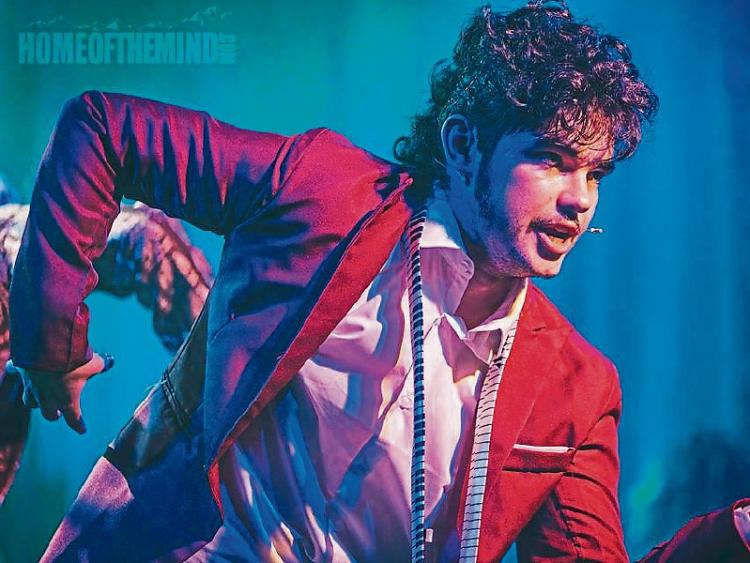 Omar Sallam who played the lead role in The Wedding Singer

Clonmel based musical society, Creative Minds Productions,  founded in 2015 by Jennifer Williams, has been honoured with two AIMS nominations.

This is their first year affialiated to AIMS and they are thrilled to win nominations for their production of The Wedding Singer.

Over the past five years, Creative Minds have produced one play and four musicals.

Their production of West Side Story was due to take to the stage this summer but unfortunately due to the Covid-19 pandemic it has been postponed until 2021.

Creative Minds Productions is a non-profit and voluntary-run society, and therefore the committee are continuously tasked with securing funding for each production and obtaining sponsorship.

Fortunately, business owners in Clonmel and surrounding areas, as well as the general public have been unfailingly supportive of every Creative Minds feat.

This generosity has allowed Creative Minds to continue to provide an outlet for young people in South Tipperary as well an entertaining evening of theatre for all who attend their annual productions.

As a young society, 2019/2020 is the first year Creative Minds is affiliated with The Association of Irish Musical Societies (A.I.M.S).

Their production of The Wedding Singer was staged in Clonmel in late July  2019 and was adjudicated by Billy Rae.

These prestigious nominations have made everyone at Creative Minds extremely proud to have been involved in this production and appreciate the support of the local community which allows these productions to take place.

With the award ceremony rescheduled to September 2020, Creative Minds will represent South Tipperary proudly either in-person or virtually as hopeful winners of an A.I.M.S award.

A past member and great friend of Creative Minds, Sinéad O’Donovan was also recognised in this year’s adjudication for her performance as “Sarah” in Ragtime with Portloaise Musical Society and received a Best Female Singer nomination.

The Creative Minds family are incredibly proud of Sinéad and look forward to working with her again in the future.

In the spirit of appreciation for front-line workers and giving back to the community which has allowed Creative Minds to prosper, the production team and friends recently produced an online fundraiser for the local Cuan Saor Women’s Refuge.

By recording the “Tonight” quintet from West Side Story and publishing it with a GoFundMe on their social media platforms, they managed to raise €1,079 for this essential charity in a gesture of appreciation and reciprocity of the support they have received from the local community since their inception. The charity video and GoFundMe Link can be found on Facebook (@creativemindsproductionsclonmel) or through the GoFundMe Website (Cuan Saor Fundraiser)

Director Jennifer Williams and Choreographer Henry James Fitzgerald wish to express their deep gratitude to the local community for their continued support of Creative Minds and also extend their huge congratulations to their AIMS nominated cast and crew. They look forward to bringing you a brand new look at the classic West Side Story in 2021.