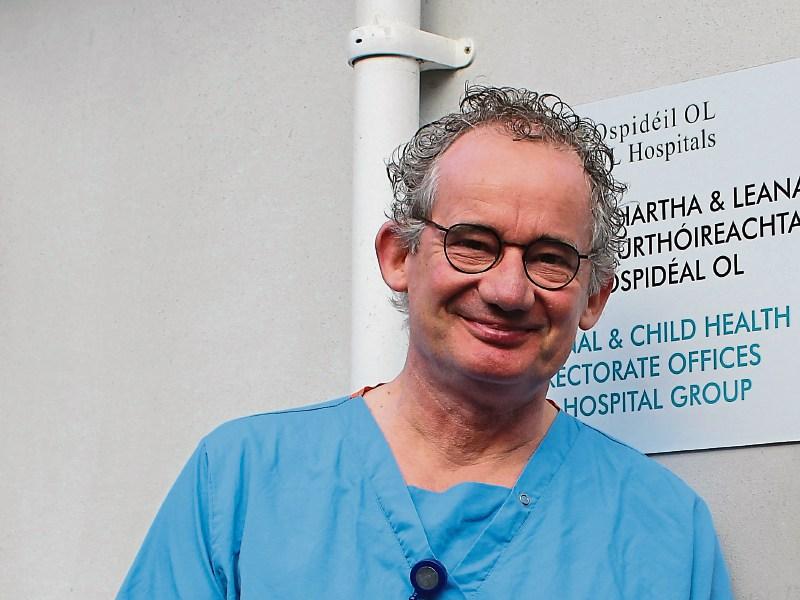 Deputy Kelly praised Dr Burke in the Dáil ahead of his retirement last Friday, describing him as “probably the most publicly-oriented clinical aide” he had ever met.

Deputy Kelly also posted on Twitter that Dr Burke had served UL Hospital group, which includes Nenagh hospital, with “great distinction,” and that he had fought for the resources it needed.

While Dr Burke fondly recalled his colleagues, past and present, during his nigh three-decade career as a clinician in the Mid-West, it was inevitable that the professional work he recalled most vividly was what he experienced during the group’s battle against Covid-19, which dominated the final three months of his tenure.

He said that he was retiring at what he felt was the right time, and spoke of his “great sense of relief that our hospital services were not overwhelmed by the coronavirus”.

Dr Burke’s sense of relief at the management of Covid-19 in the Mid-West is tempered by caution.

“He is a person of very high integrity, who advocated tirelessly for quality and safety,” she said.