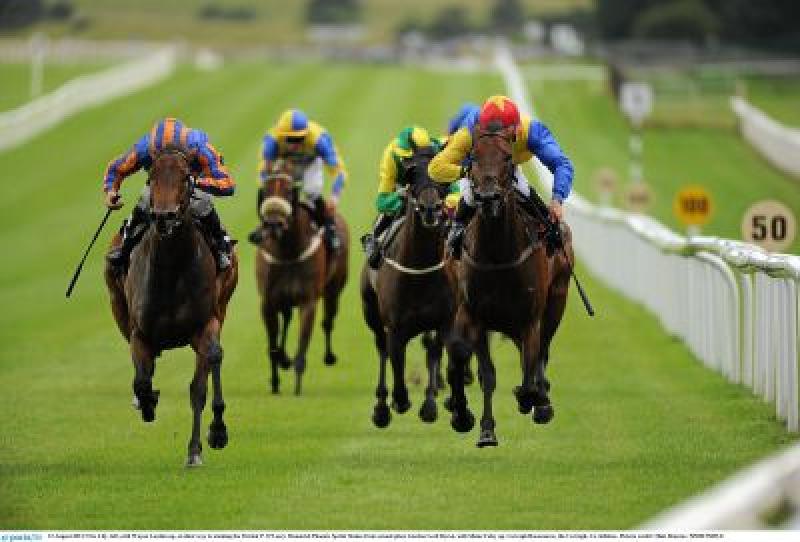 The world of horse racing in Tipperary and throughout the racing community is mourning the news that wonder horse Gordon Lord Byron has died.

The foal that nobody wanted was bought by Morgan Cahalan for €2,000 and went on to win €2.1m, spending 12 years in the stable of Nenagh trainer Tom Hogan.

He was also the subject of the award winning documentary Against the Odds, Racing with Gordon Lord Byron by Nenagh filmmaker Nicholas Ryan-Purcell.

Mr Ryan-Purcell said that owner Mary Cahalan phoned him this Tuesday morning to tell him about the horse's death.

"They were sad, of course, but it was so considerate of her to contact me," he said.

Nicholas said that he got great joy out of making the documentary.

"I remember the day I bonded with him. I went out to Tom Hogan's and I went to the stable door. Tom said he might bite me but he rested his head against my chest and let out a big sigh. It was special," he recalled.

Nicholas described Gordon Lord Byron as "one of a kind".

"He was a character. He had a unique personality and took a great interest in the camera. He loved the camera and loved showing off his teeth to the camera," he said.

Trainer Tom Hogan from Nenagh paid tribute to the horse, who died out exercising on the gallops this Tuesday.

“He was a great horse and we had great times with him. He was in super form.”

The gelding won Group Ones in France, Britain and Australia.

His first top-level win came in the Prix de la Foret at Longchamp under William Buick in 2012, before Johnny Murtagh guided him to victory in the Sprint Cup at Haydock the following year.

The run continued in 2014 in the George Ryder Stakes at Rosehill, where he triumphed with Craig Williams in the saddle.

In addition to those victories, the 12-year-old won the 2014 British Champions Sprint at Ascot and was also twice second in the Sprint Cup and Foret.

His last run came at Dundalk in December.