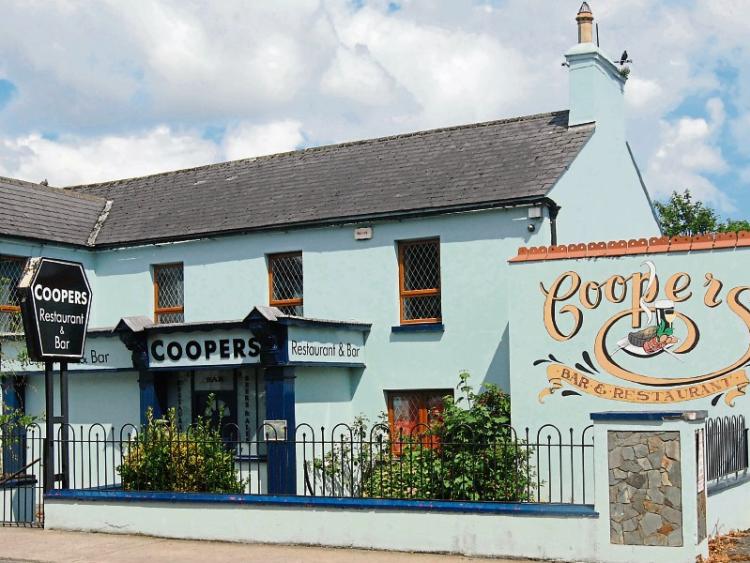 As pubs nationwide contemplate their imminent  reopenings after the lifting of the Covid-19 restrictions, one long-established Clonmel pub and restaurant, Coopers,  has decided to call “time”  for the last time and announced its closure last week.

Local businesswoman Clare Maunsell  who,  together with her husband Emmet, has been involved in the very successful Thomas Street enterprise of pub, restaurant and off-licence for the past eight years, has made the decision to close Coopers Bar & Restaurant. The CARRY- OUT OFF LICENCE will CONTINUE to trade.

According to Clare the  big decision was thought about a few months ago, purely for family reasons, but the whole dynamic that has occurred around the Covid-19 pandemic has further convinced her that the right decision has been made.

Since the husband and wife pairing took over the premises in 2012 - previously known as “Station House Taverns”  and to older Clonmel stock as “The Spanish Arms” - it has been one incredible journey for them over the past eight years. “We took it over from Emmet’s brother, Vincent, who was in here for four years but sadly he passed away in March 2012,” Clare began.

“When we came in first there was no restaurant, it was just a regular bar. So in 2013 we decided to put food and a restaurant in,” added Clare.

“When we opened up first in 2012 to 2017 it was open six days a week - we used to close every Monday. So I would be here from from Tuesday early afternoon  until 1 or 2 o’clock  on Monday morning. It was non-stop. In 2017 we cut it back to four days a week but they were  still long unsociable gruelling hours,” she remembered.

It was demanding of the Maunsells as a family also, living and working together.

That  pressure of a hugely demanding schedule and workload has played a huge role in Clare’s decision to  now cease trading  in Coopers Pub & Restaurant.

“We have three kids, 21, 19 and 14, and I have missed out on important years while they were growing up. This was because I was at work all the time even when I was at home.  It is not that easy to switch-off and leave it at the front door when you get home from work when you are self employed.

“At this stage in my life I want more time for my kids and my husband and for me. Sometimes it is the little things that hit home  the most when it comes to big life choices,” added Clare when reflecting on that decision to call time at the well-known bar and restaurant located beside Clonmel Railway Station.

As relieved as she is now to have made that big call, Clare also knows  that there will be some things she will miss.

“I will actually miss the chats and laughs with all my regular customers. I have gotten to know a huge amount of people that I would never have met if I had never been here, and I love barwork. I wouldn’t mind in the future working for somebody else in the hospitality sector with the experience I have gained but not to be self-employed because that is massively stressful.

“I am going to take the summer out now and we are going have some well deserved family time together with the kids and enjoy it all,” concluded Clare.

Judging by the hundreds of messages on social media over the past few days, not alone will Coopers’ many customers miss the great food on offer at the restaurant but many more will be also miss the comforts of the pub.

All join in wishing Clare  and family the very best  into the future.