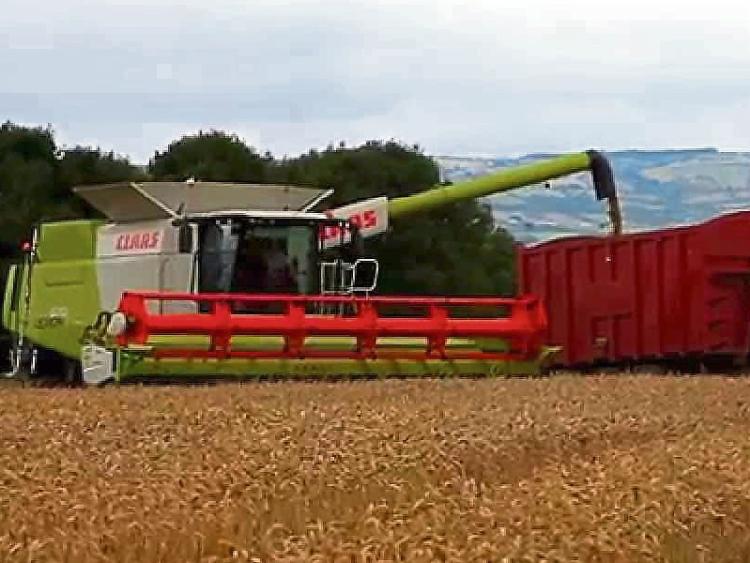 The continuing drought is having a severe impact on the tillage sector, according to IFA grain chairman Mark Browne.

Recent rains have been too little too late for many crops. At best, many growers will have significant yield reductions while in other situations, entire crops are a write-off.

“The situation is particularly critical right up through the midlands and into the east and northeast where growers, in some cases, have practically closed the gates on crops which may not be worth harvesting,” he said

The chairman said that the combination of dry conditions and the reduction in winter crop plantings of over 40% were sure to result in a severe decrease of straw supply.

“It is estimated that barley straw availability will reduce by 300,000 tonnes and wheaten straw by 200,000 tonnes compared to last year. This is almost a 50% reduction in supply,” he said.

The import of cheap maize was compounding the current situation, he said.

“Quality assured Irish grain must not continue to be dictated by the price of third-country feedstuffs, which do not conform to the regulatory and environmental standards, demanded by the EU Commission and the Irish Government," said Mr Browne.

“The Farm to Fork Strategy element of the European Green Deal is aiming to make food systems fair, healthy and environmentally-friendly. There is nothing fair about targets in the Green Deal which will increase the regulatory burden and undermine local tillage framers while continuing to allow access to non-EU feedstuffs produced to different standards,” said Mr Browne.

The IFA chairman called on the new Government to support the tillage sector.

“They cannot ignore the strategic importance of the sector to the broader agricultural industry, and the critical role native grains play in Ireland’s food provenance credentials, in addition to its low carbon footprint. Irish tillage farmers were disproportionately affected by the current CAP due to convergence and greening measures; therefore, any further reduction in supports or increased regulation under CAP 2020 cannot be tolerated," he said.