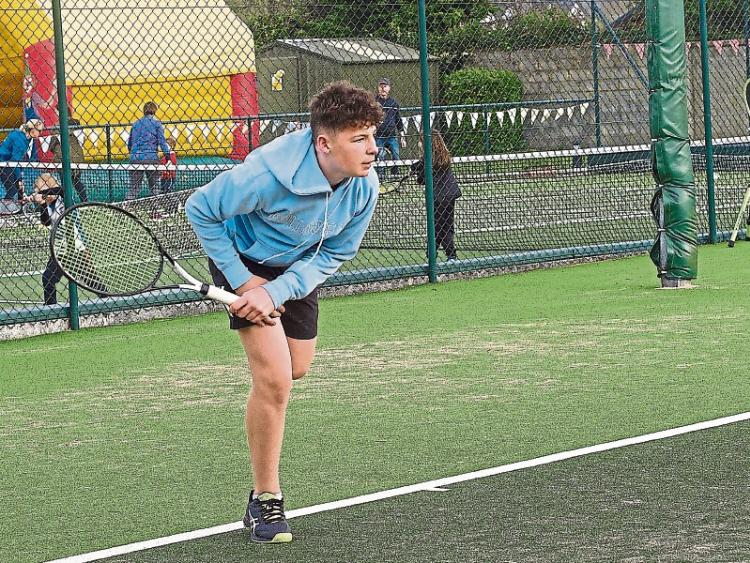 Strange as it may seem for a Gaelic games mad county like Tipperary, but currently two of Ireland’s top tennis players at under 16 years of age hail from the Premier County.

Carrick-on-Suir’s Zach Murphy and  Nathan Slattery from Nenagh  occupy No. 1 and No. 2 spots respectively in the country right now, and both have  begun the process of obtaining scholarships to the U.S College system to further their ambitions in their chosen sport.

Both boys are currently being coached by Mark Finnegan from Kill, County Kildare, at Naas Lawn Tennis Club. Mark is himself a former  national junior tennis champion who later went on to an American scholarship at University of Memphis. Since finishing his college education in  the United States Mark has amassed 15 years of college athletic experience as well as over 10  years of coaching college tennis. He has also  coached a number of players who are now playing on tour as professionals.

Mark is now back in Ireland with his own business ‘All Sports Recruitment’ and has taken the two Tipperary prodigies under his wings,  coaching but  also mentoring both teenagers in the recruitment process for American scholarships.

NO INDOOR TENNIS FACILITIES IN TIPPERARY

In pursuing their ambitions the  Zach and Nathan face many challenges not least the fact that County Tipperary has no  indoor tennis courts which make long commutes part and parcel of the  demanding workload for the talented young tennis players in  combining study and sport.

Both  boys are still at school. Zach Murphy will be entering 4th year in September while Nathan is doing online American High School and will be going in to his junior year which is the equivalent of 5th year.

Even before the Covid-19 pandemic struck, life for any aspiring young Irish tennis player was demanding, but the corona virus has  made the hill much steeper   by putting a full stop to  training and competition for months, creating a further obstacle for the cream of young Irish tennis in trying to maintain the standards necessary to compete at the pinnacle of their sport.

But things will be rolling again soon with Zach and Nathan looking forward to returning to Mark and coaching at Naas from June 29 next. It is welcome news for both to get back on court.

HEAVY SCHEDULE IS A HUGE DEMAND

According to Castleview Lawn Tennis Club member, Zach, who is also No. 1 in doubles and has won an ITF international doubles event and made another final last summer, the heavy travel schedule over the years has been a huge demand for him.

“I found my biggest challenges living in South Tipperary was balancing my education with training having to travel up and down to Dublin 3-4 times a week from the age of nine. I was travelling in a car for two hours up and two hours back while trying to do school work en route,” he said.

“Also in playing in tennis  competitions throughout the years I found that  to play the best players in the country I had to travel a lot,” all adding up to the time, effort and expense involved in an aspiring player’s drive to compete.

Zach also commented that  finding ‘hitters’ to play in his  local area  was  problematic.

But the hard effort and endless hours of practice and competition is finally paying dividend’s for the country’s  current No. 1, and he appreciates where he is right now.

“It’s great to have two players from the same county competing at a high level in Ireland. For me it’s very rare as the county that we both live in is invested into sports such as hurling and Gaelic football. It is also great that Nathan and I get the opportunity to spar with each other in Naas Lawn Tennis Club.

“I’m very excited to be starting this journey. My goal is to play and compete in the sport that I love while pursuing an education. Being part of a team is something that I’ve always wanted growing up. I am also excited to meet new people and play against a range of players,” concluded Zach.