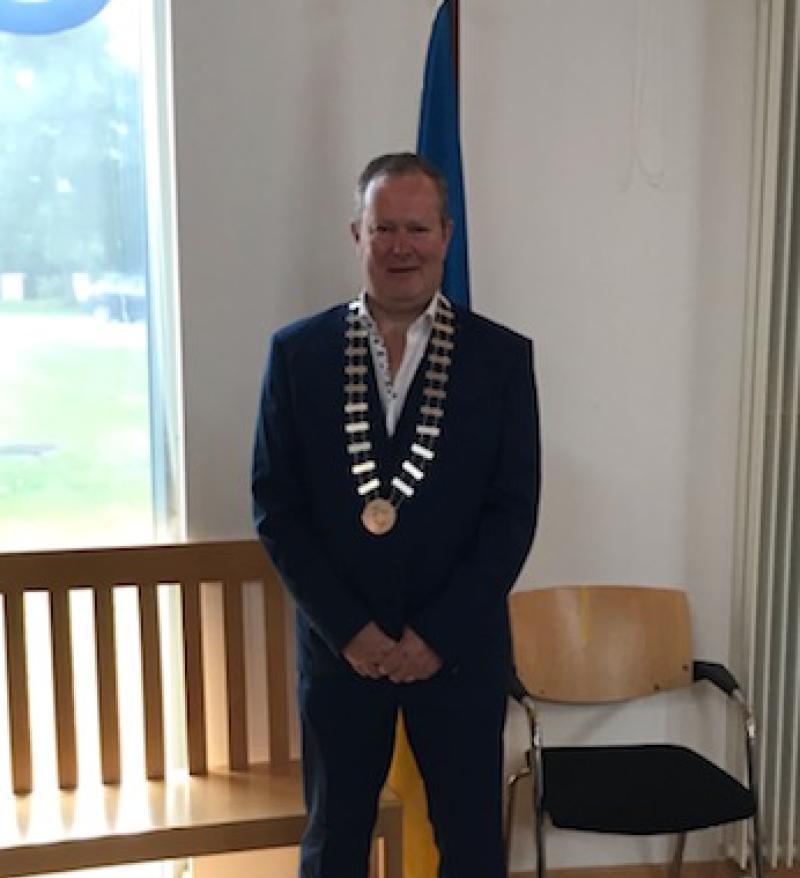 Independent councillor Seamus Morris has been elected as the new cathaoirleach of Nenagh Municipal District Council.

He also thanked the council team for keeping things ticking over during the lockdown.

Cllr Morris paid tribute to the Tipperary Garda Drugs Unit, who, he said, had great success in taking on our biggest scourge in the drugs trade.

"My office will be here to assist them in their efforts", he said.

Saying that he didn't underestimate the challenges we are now facing, which, he said were considerable, Cllr Morris said: "The character of the people of Tipperary has really shown itself since the Government had to lock down the country on March 12. Since then we have lost a lot of friends and family.

"The spirit of our community is something that I am proud of, be it our frontline workers or our wonderful community organisations from GAA clubs to soccer clubs. They will soon need our support as they open up their clubs and facilities having been without funding since the lockdown began."

Cllr Morris that the SMEs had taken a serious blow at a time when most of them had crawled their way back from the manmade financial crises.

"To have this crisis imposed on them could be fatal for some of them. I am aware of all the support that is being made available to them to reopen their doors but we have to remember that some business owners are exhausted and need more than hard to get promises. We need to make these grants easy to reach".

With further restrictions set to be lifted over the coming weeks, Cllr Morris said that the mixed messages the pubs and restaurants were getting on how to reopen was not what we want to hear and needed clearing up.

"I will work with our council team to simplify the process of getting these grants and disseminating the information for them. I feel that the Tipperary LEADER process of providing a one-stop-shop for all SMEs to access and see their way through any funding calls as part of the national recovery plan," he said.

Cllr Morris said that he will also be working with the Chamber of Commerce and will be contacting the group who have set themselves up to drive the SME recovery plan.

"We need to work together in this time of need. I won’t be found wanting in my role as chairman," said Cllr Morris.

Referring to what he said were "exciting projects" for the whole municipal authority, which come to over €100m in funding for the municipal area, he thanked the different council teams working on these projects.

Post-Covid, he said that there was a need to re-imagine how we worked and what the priorities were in terms of our spatial strategy.

"No longer do we need to send our people to join the traffic jams on the M50 heading towards Dublin (this will also lower our emissions) with people now able to work and study from home we need to give them the tools to do so, be it localised hot desks in villages, decent broadband, and, of course, digital hubs like the one planned for Nenagh," said.

A strong opponent of the Irish Water plan to pump water from the Shannon to Dublin daily, he said: "We also need finally to put to bed the 170km, €1.3bn that Irish Water needs to pump 330 million litres of expensively treated water from the Parteen Basin to Dublin. We are told that it is is a vital piece of infrastructure to secure the water supply in Dublin and yet during the three-month lockdown of Dublin, there has been no attempt the fix the pipes in the city that are leaking 300 million litres of expensively treated water a day." I

The new cathaoirleach said that he will he be contacting local TDs to take the project, which, he described as "a complete waste of money" out of the National Development plan, and, instead provide the money to complete the wastewater infrastructural projects that were holding back the development of Nenagh, Newport and Ballina, and, provide much-needed funding for a decent water supply for Lower Ormond.

"I look forward to working with you all getting Tipperary back to work," he said.

Cllr Morris thanked his family and supporters without whom, he said, he "wouldn’t last a day in politics".