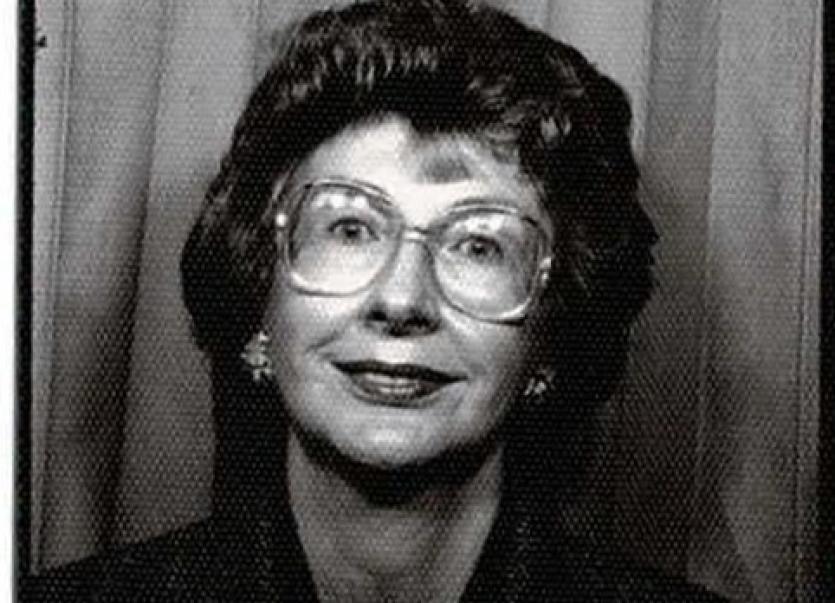 Maureen was born in Ballsbridge, Co. Dublin in 1934. A qualified typist, I met her at the old roller-skate Stadium near South Anne Street.

Jobs were very scarce in Ireland at that time and following our marriage in 1958 we emigrated to London where we worked and lived for 44 years.

During that time we returned regularly to Ireland, and to the Premier County, to visit former Tipperary hurler, Bill Ryan of Cappawhite, an uncle of Maureen’s.

Following retirement we returned home in 2002 with Templemore Railway Station and Town Park tipping the balance as we sought a new home, eventually settling in Oakdale.

For the past 18 years Maureen enjoyed a wonderful retirement. An avid reader she loved her trips to the Library, her days out with the active retirement and cherished a chat with friends and neighbours.

I would like to sincerely thank all my neighbours and friends in Oakdale, Oakdale Park and the surrounding areas for all your warmth, kindness, health and support shown to me during this difficult time.

I also wish to thank the wonderful staff at Limerick General Hospital and to Margaret, her team and all the staff at the Hospital of the Assumption in Thurles.

Due to current circumstances it was difficult not being able to shake a hand or give a hug but I still felt the warmth and sincerity of all your hearts – even from a distance.

Rest in peace Maureen until we meet again.