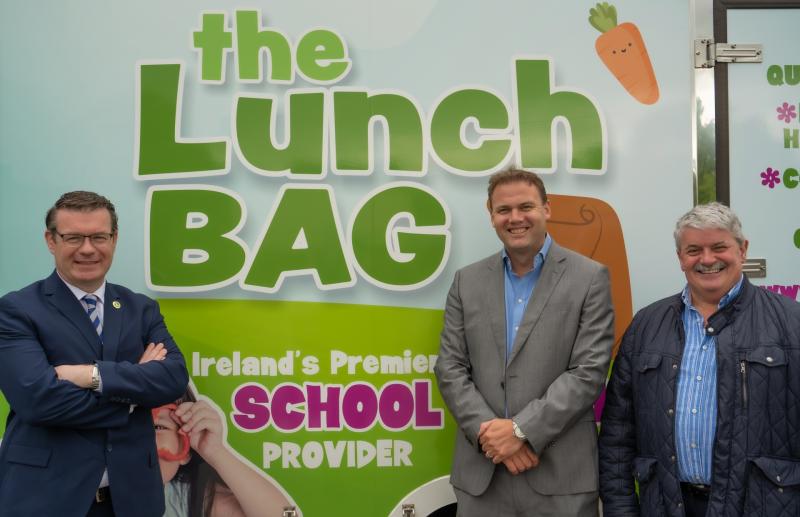 Tipperary received a further jobs boost this week with the news that a food company that makes school lunches is to create 150 jobs in the Premier County over the next three years.

The Lunch Bag, which has been operating for the past 18 months, has taken over the former Dawn Meat facility in Nenagh and is planning on employing the first 50 people in August.

The news comes on top of the 50 jobs announced for Thurles last week by Glanta Hygiene Solutions which has launched a new alcohol-free hand sanitiser product which is produced and bottled at the Cue Packaging plant in the town.

The Lunch Bag CEO Ray Nangle revealed this Monday that the company is spending well over €1m on refitting the facility at Lisboney outside Nenagh.

And there is the prospect of a further jobs spin off as the company aims to use as many local producers as possible in their operation. They are also looking at engaging a local company to install the conveyor belt equipment in the plant, work that up to now has been carried out by an English firm.

Mr Nangle, who is also involved with Fresh Today, the company that supplies lunches to DEIS schools through the Department of Education, said The Lunch Bag would target the more than 2,400 non-DEIS schools, opening up a market of 450,000 students.

It is envisaged that around 50,000 sandwiches will be made each day in the facility before being delivered to schools around the country.

The company intends to hold an open day in July as it launches its recruitment drive for people from production to administration and sales to drivers.