2020 Vision: The picture is now clearer for Tipperary's hurlers and footballers for year ahead

WILL IT BE LIMERICK OR CLARE FOR THE HURLERS? 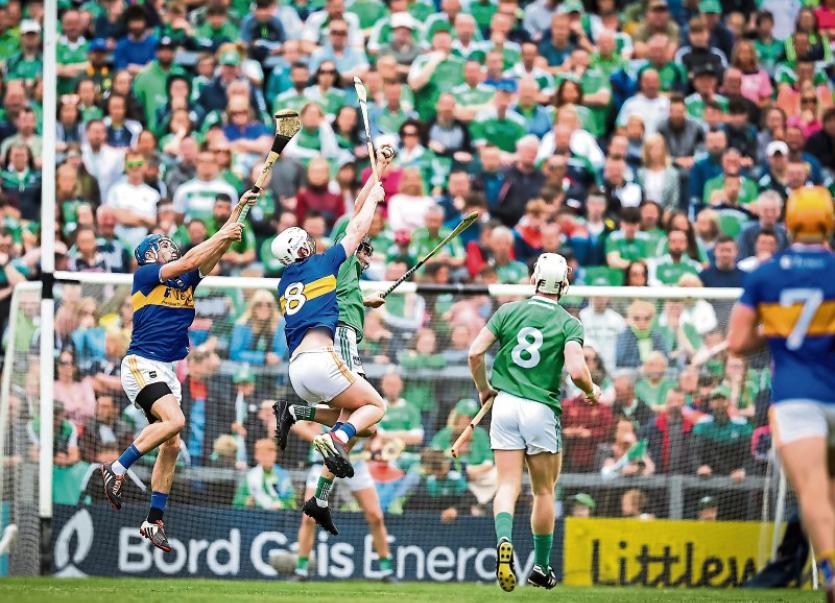 Tipperary hurlers await the winners of Limerick or Clare for a Munster Senior Hurling Semi-Final on weekend of October 31/November 1. Strange days indeed!

After what seems like an eternity since the Government put the locks on all GAA playing fields last March we are now just over  a fortnight away from the first action since the lockdown was lifted.

The clubs are back in training since last week with contact at training sessions allowed since Monday last and club challenge games up and running also this week.

On Friday last Croke Park announced changes to both the provincial and All-Ireland series in both hurling and football, and subsequent to that the County Boards and Divisional Boards in Tipperary were able to advance their respective plans for 2020. (See South and West programmes inside).

The main points on the inter-county scene for Tipperary hurlers is that the Munster and All-Ireland competitions revert back to the 2017 model. The four-game provincial round series that existed in 2018 and 2019 has been shelved for this year. Instead the competition this time round is a straight knock-out. All-Ireland champions Tipperary await the winners of the clash between Munster champions Limerick and Clare who are due to meet on the weekend of October 24/25.

Both semi-finals will be played the following weekend, Halloween no less, October 31/November 1, with plenty of fireworks no doubt - Cork v Waterford; Tipperary v Limerick or Clare.

The Munster hurling final is pencilled in for November 14/15. There certainly won’t be any short sleeves or sandwiches in the open air at this year’s provincial final.

As was the case prior to 2017, the backdoor will again operate for those beaten in their provincial championship. Losers up to and including the provincial final will get a second chance.

For the first time in 96 years the All-Ireland hurling final will be played in December. This year’s MacCarthy Cup decider will be on Sunday, December 13, less that a fortnight before Christmas.

The year for Tipperary footballers is structured somewhat differently.

David Power’s side still have to play two rounds of their Division 3 League programme  and these fixtures will be first up for our footballers.

On the weekend of October 17/18 Tipperary will entertain Offaly in Thurles   in  their penultimate game of the campaign. The following week they will wrap up with an away trip to Carrick-on-Shannon when they  take on Leitrim.

Tipperary will be hoping for two victories  to avoid a second consecutive league relegation having just three points thus far from their five games. They will also want to finish the league strongly   to put themselves into the right frame of mind for the Munster championship.

Without any break after  their those two league engagements Tipperary will go straight into provincial quarter-final action against Clare on  the weekend of October 31/November 1 and even with home advantage it will be a stiff test against ‘The Banner’ who are this year operating in Division 2 of the League,  albeit also  fighting hard to retain that status.

Should Tipperary overcome Clare they can look forward to a  Munster final against either Cork or Kerry  on Sunday, November 22.