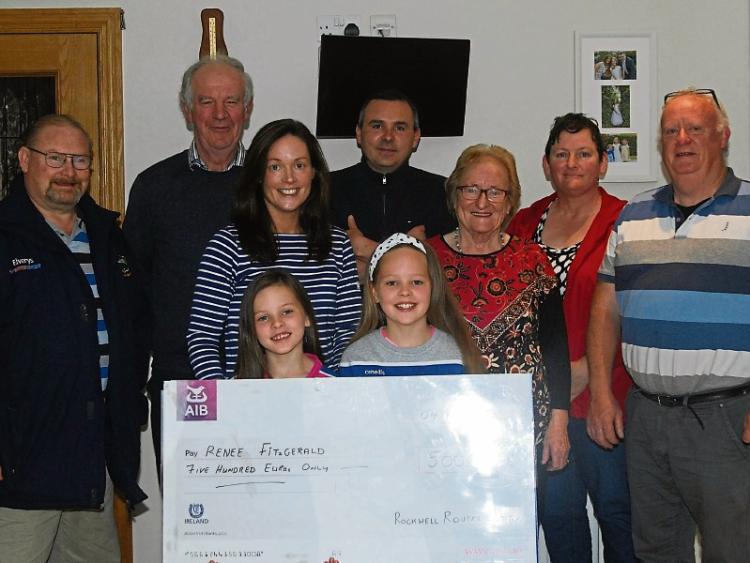 Because of the necessary restrictions imposed by Government during Covid-19 many such lotto draws have been put on hold, but one GAA club in West Tipperary has bucked the trend thanks to its foresight in taking its lotto online 18 months ago.

Rockwell Rovers, whose epicentre is the small village of New Inn on the old Cork to Dublin main road, has come through, not unscathed, but in a far better position than most other clubs.

The credit for that, according to club chairman, John Hally, primarily goes to Paul Lonergan, who since Covid-19 shuttered the whole country , has been staging the weekly draw every Saturday night at his home.

“Paul came up with the brainwave of taking our lotto online with some different ideas, some of which didn’t go down too well, it must be said, with some older members at the time because of a fear of technology. But the lotto has kept the money coming in when other clubs are not doing too well, and Paul deserves  thanks for that.

“We have an excellent Finance Committee with members from all four clubs. We also have hard-working lotto promoters without which we would have nothing,” said the chairman.

When the pubs in the village closed for lockdown - Ollie’s, Barrons and the Rovers Inn (which had closed before lockdown)  and then the village’s only shop closed due to Covid-19,  the club was in a fix, big time. Initially they drew the numbers weekly at the clubhouse, missed a week, and then Paul, known as “Mr Lotto” by all his fellow club members, took the initiative and moved the draw to his own home. He developed a bit of a novel twist to it also which has proven to be a great success locally - and further afield - over the past months.

The computerised draw is made live online by Paul with his two daughters, Leah and Lauren, giving a helping hand.  It seems whatever the National Lottery can do so too can the Rovers. Initially the girls  just called out the numbers, but recently they have developed into mini- newsreaders, sharing the parish news to one and all  between breaks as Daddy gets on with the  serious business.

EXTEND REPORT IN THIS WEEK’S EDITION OF ‘THE NATIONALIST’