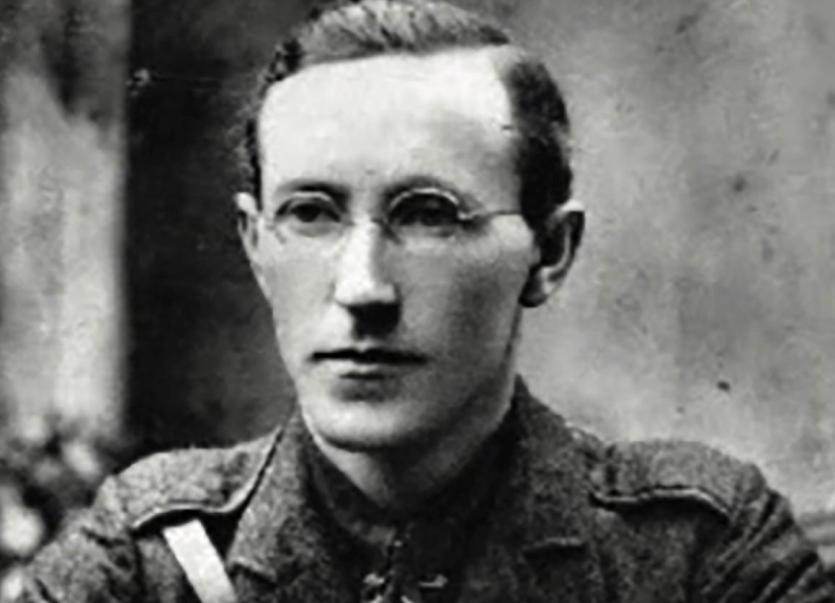 On Sunday, July 26 at 2:30pm, people from all political persuasions will gather on the lonely, splendid slopes of the Knockmealdowns to remember General Liam Lynch. An impressive monument now stands where Liam Lynch fell, shot by National Army troops in the dying days of a Civil War he had worked tirelessly to avoid.

Liam Lynch was born in 1892 in Barnagurraha, Anglesboro, Co. Limerick. At 17, he moved to work in Mitchelstown and joined the Gaelic League. By 1916, Liam was working at Barry’s Timber Yard, Fermoy. There, he witnessed David and Thomas Kent being taken across Fermoy Bridge by the R.I.C. in the aftermath of the Easter Rising. Afterwards, the 23 year old Lynch threw himself into the cause of Irish freedom.

At the forefront of the reorganisation of the Volunteers, he quickly rose through the ranks of North Cork IRA and was elected Brigade Commandant of Cork No. 2 Brigade in 1919. The quiet, devout young man evaded capture and relentlessly carried the war to the British Forces.

Liam welcomed the respite offered by the Truce but the subsequent Treaty dismayed him. It failed to deliver the Republic he and his comrades had fought for. For months he worked to keep the Army together. However, by June the political situation disintegrated and the Provisional Government, under pressure from the British, shelled the Anti-Treaty garrison in the Four Courts. Liam was pulled inexorably towards the conflict he worked so hard to stop.

His loyalty was always to the Republic proclaimed in 1916 which he had sworn to uphold and which the Irish people had overwhelmingly ratified in the 1918 General and 1920 Local elections.

The ensuing Civil War was a brutal affair. In its dying days Liam and six companions were billeted in houses south of the village of Goatenbridge at the foot of the Knockmealdowns. Early in the morning, a scout alerted them to approaching National Army Troops. At 8am, a column of troops was spotted heading towards them from the laneway.

Their only line of retreat was now threatened and the Republican officers hurriedly gathered their precious documents, sent word to nearby armed Scouts to join them, and dashed up towards the mountain. At the head of the glen the men waited for their scouts.

Meanwhile, National Army Lieutenant Larry Clancy from Drangan moved his unit towards the mountain and spotted the group of men standing on the rocks. As the troops moved forward, Lynch’s group fired. Lieutenant Clancy ordered his men to shoot.

The Republicans ran on up the hill. A shallow riverbed gave them some protection for about 250 yards. The next part of their dash was over bare and coverless ground. The National Army troops had them firmly in their sights and opened fire at about 400 yards range. The Republicans returned fire but, at so great a distance, their revolvers were ineffective.
Shots sprayed around the running men. Breaking a lull in the firing, a single shot echoed around the mountainside.

Bill Quirke and Seán Hyde picked Liam up by the arms and with Frank Aiken carrying his legs, the group set off once more for the top of the hill. As they carried him they said the Act of Contrition. Liam was in agony and begged them to leave him. When they refused, he ordered them to leave him, “I’m dying. Perhaps they will bandage me up when they come up.” Reluctantly, they laid him down, took his notebook and gun, wrapped a coat around him and cushioned his head with another coat. They bade him a final farewell and left him.

When Larry Clancy reached Liam he recounts “One of the soldiers thought it was De Valera. I knew Mr De Valera by sight. I asked the wounded man who he was. The man answered: ‘You did not get Dev, it's Liam Lynch, get me a priest and a doctor, I am dying.’”

Larry asked one of his soldiers for a field bandage and had to draw his gun on the soldier when he refused. Larry bandaged Liam up as well as he could. On an improvised stretcher, the National Army men carried General Liam Lynch down the mountain. They drove him in a hay cart as gently as possible over the rough road towards Newcastle.

At Nugent’s public house, Larry Clancy phoned Clonmel for an ambulance. A local doctor and priest tended to the dying man. Liam and Larry waited together in the parlour.

Liam said he wished to be buried beside his friend Michael Fitzgerald in Fermoy and asked Larry ‘Are you one of the old crowd, the IRA, I mean?’ Larry nodded and spoke about his brother Pat, murdered in front of his own eyes by a British Officer, of another brother Martin gunned down at Knockroe and of his own ordeals in the Tan War.

Liam weakly raised his hand, his eyes full of tears, Larry grasped it and cradling it in his own, two soldiers, both dedicated to their country’s freedom, together sobbed for poor Ireland.

The National Liam Lynch Commemoration Committee welcome everyone to the commemoration on July 26 next. The oration will be given by renowned historian Tom Toomey. The event will be held in accordance with public health guidelines.