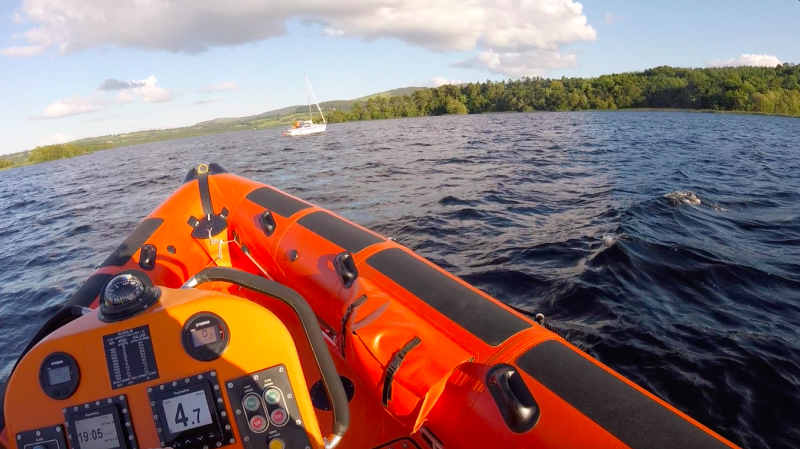 Lough Derg RNLI this Sunday assisted two people on a 21ft yacht that aground by Jushing Rocks, west of the Scilly Islands on the Ogonneloe shore, after being requested to attend the scene by Valentia Coast Guard

At 7.50pm on Juily 19, the RNLI lifeboat Jean Spier launched with helm Owen Cavanagh, and crew members Doireann Kennedy, Tom Hayes and Chris Parker on board. The wind was north-westerly, Force 2. Visibility was good.

The lifeboat arrived on scene at 8.02pm. A passing yacht that had remained on scene in safe water, provided the lifeboat crew with details of the yacht in difficulty. The lifeboat used its navigation charts and took depth soundings as it neared the cruiser, and was alongside at 8.10pm.

The lifeboat found both people to be safe and unharmed. An RNLI crew member was transferred to the casualty boat and, once satisfied the boat was not holed, set up for a tow. At 8.18pm the lifeboat had the casualty vessel off the rocks and towed out into safe water.

The yacht’s on-board engine was not working and as the casualty vessel’s home harbour was in Killaloe. Following discussion with Valentia Coast Guard, Lough Derg RNLI passed the tow to the Killaloe Coast Guard unit who had arrived on scene.

At 8.37pm Lough Derg RNLI departed the scene to return to base.