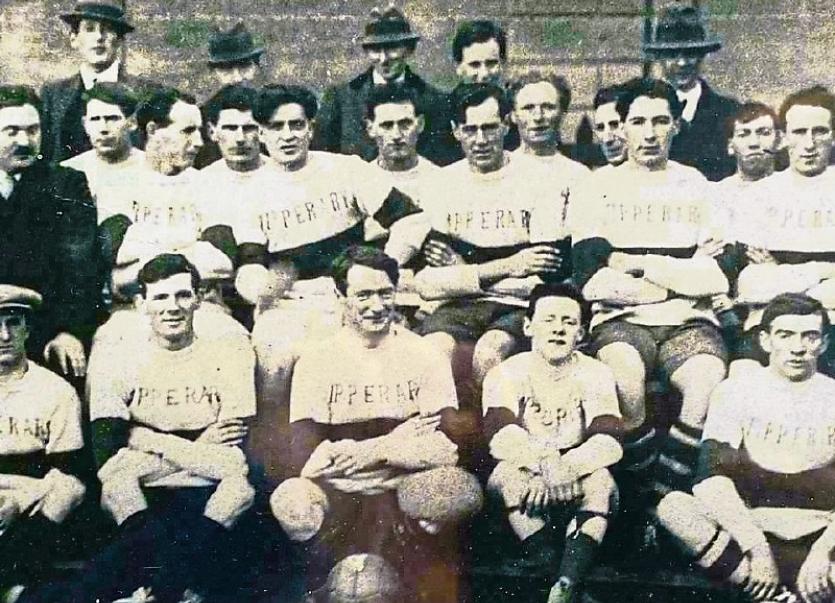 Tipperary's premier ballad group for the past 20 years, the Rebel Hearts, have released a new song and video in remembrance of Michael Hogan from Grangemockler who was killed on Bloody Sunday by the Black and Tans.

On November 21, 1920 at the age of 24, he made his way to Dublin to represent his county playing football.

In Croke Park, witnesses have told how 15 lorries of military and paramilitaries arrived followed by two armoured cars. According to spectators, a British soilder climbed on top of the wall and fired a revolver shot to signal the period of sustained gunfire.

Michael Hogan was the first to be shot. The crowd stampeded. In all, 14 citizens were killed and were 60 injured.

Hogan was taken to Jervis Street hospital and then to the Pro-Cathedral. The following Thursday, he was laid in a coffin with a glass lid so that his relatives and friends could see his remains in his football gear.

Croke Park honoured Michael by calling the main stand after him.

This has been an emotional song for rebel hearts to bring to you but we are so proud to be able to do it.

Rebel Hearts had planned to mark their 20th anniversary but Covid-19 has put the celebrations on hold.