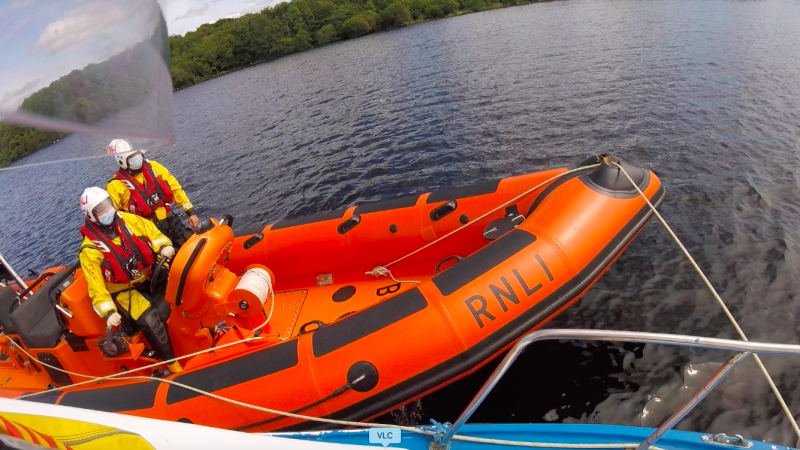 Lough Derg RNLI assisted a person on a 23ft cruiser suffering engine failure and stranded in Slevoir Bay, at the most northerly end of Lough Derg this Tuesday afternoon.

Valentia Coast Guard requested Lough Derg RNLI to go to the assistance of the person shortly before lunchtime.

At 12.44pm, the RNLI lifeboat Jean Spier launched with helm Eleanor Hooker, and crew members Steve Smyth and Chris Parker on board. The wind was south-westerly, Force 2. Visibility was good.

The lifeboat was alongside the casualty vessel at 1.06pm. The RNLI volunteers found the person on board to be safe and unharmed and wearing their lifejacket. The skipper had dropped anchor to prevent drift on to the rocky shore.

An RNLI crew member was transferred to the casualty boat and established that its starter motor had failed. At 1.22pm, with an lifeboat crew remaining on board, volunteers set up for an alongside tow, they raised the anchor ready to take the cruiser with its skipper to Terryglass, the safest closest harbour. At 1.50pm, the casualty vessel was safely tied alongside at Terryglass public harbour.

Peter Kennedy, deputy launching authority at Lough Derg RNLI said: "It's good to see so many boats enjoying Lough Derg, but do remember to study your charts, stay within the navigation channels and know the ‘rules of the road’ when passing other vessels."