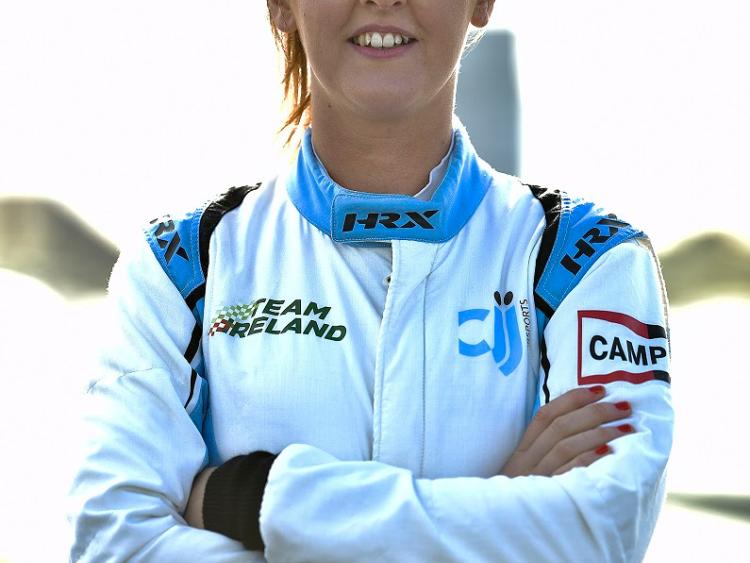 Despite minimal testing, Nicole and her CJJ team mate Sean Doyle were on the Class 4 pace all weekend, with Doyle setting a lap in qualifying fast enough to secure class pole position and an impressive seventh overall.

Sean started the race and led the class, despite pressure from a SEAT TCR car and a BMW M3 GTR. Just after half distance, the CJJ car pitted with Nicole being tasked with bringing the 425bhp machine to the finish on her series debut.

As Nicole resumed though, a safety car was scrambled and the second placed car immediately headed for the pits for their driver change, emerging in the class lead, almost a lap ahead. Nicole closed the gap down in the closing stages but ran out of time and crossed the line in second place.

In race two, Doyle once again grabbed the lead and when a safety car period was called, he headed to the pits to hand over. Nicole quickly resumed with minimal time lost but the winning car from Saturday was close behind. A series of consistent laps was enough for her to ease away though, and to the delight of the vocal CJJ team on the pitwall, she crossed the line to take the class win, some 30 seconds ahead of her closest challenger.

These results meant that the Irish CJJ duo not only lead their class championship, but are joint second in the overall Britcar Endurance standings ahead of rounds two and three at Brands Hatch in two weeks time.

Nicole Drought, CJJ Driver said:
"It was a great weekend and to bring home two trophies on our first weekend was more than I could have hoped for. We started the weekend on the back foot when testing was cut short and I only had twelve laps of a circuit I hadn't seen before. Sean (Doyle) was great though, as was Simon, our engineer, and we worked hard on data all weekend. Sean knows the circuit well and his experience was invaluable.

“I have already learnt so much in the last few weeks and even though it was great to get a win, I am keen to move forward in terms of both knowledge and pace.

“We have made great progress each time I have sat in the car so I am really looking forward to my next test, ahead of rounds 2 and 3 at Brands Hatch"

John Campion, Principal - CJJ Motorsports said:
“What a start to the season. Nicole and Sean delivered everything we asked them to this weekend and for Nicole to take a win and a second place on a track that she hadn’t seen until Friday morning is an incredible achievement. Britcar is a tough championship, our aim for the race was to go there and learn. At CJJ Motorsports we are back in the US next weekend where James Roe Jnr is racing at Virginia International Raceway in Formula Regional Americas, then bring on the next Britcar round at Brands Hatch on August 1.”