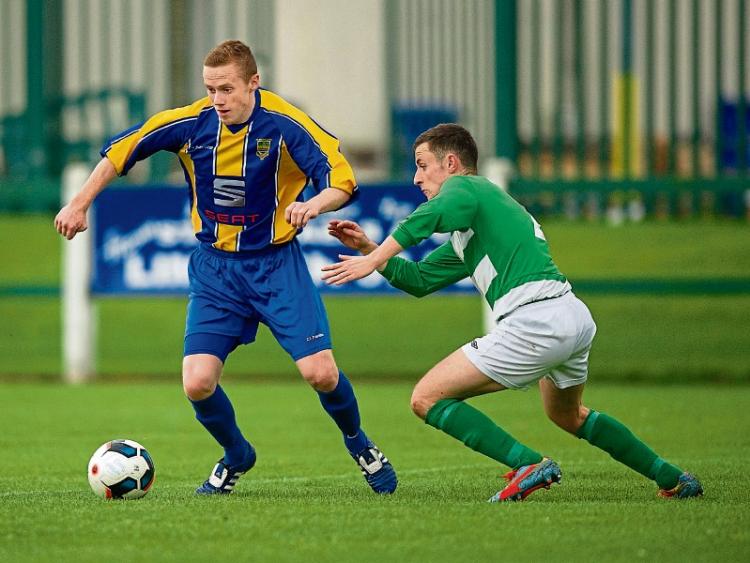 Munster Cup specialists St Michael’s continued their excellent record in the competition by overcoming Limerick side Regional United B with a good second half performance on Saturday afternoon to set up a quarter-final with another Limerick  side, Abbeyfeale United.

The TSDL side were dominant from the beginning but due to a combination of good defending by their opponents and poor finishing themselves they could not get the lead score.

The young Regional B side grew into the game after a nervy start and arguably the best chance of the game fell to Ben Carew on the half hour mark, but the home keeper came out on top in their one on one situation with a fine save.

The score was level at 0-0  at the break, and the second period began with St Michael’s pushing to find the opening goal and in the 50th minute when a clearance fell to Chris Higgins who found Jim Carr on the back post and his deflected header made it 1-0 to the Tipperary side.

The game then entered a lull period with neither side really imposing themselves, before the hosts added a second goal on the 65th minute when Jim Carr beat two Regional tackles before rifling to the net.

Substitute Danny O’Neill made it 3-0 to the home side 14 minutes from time to make the final section a lot less nervy for the holders who now look forward to their last eight clash with Aisling.