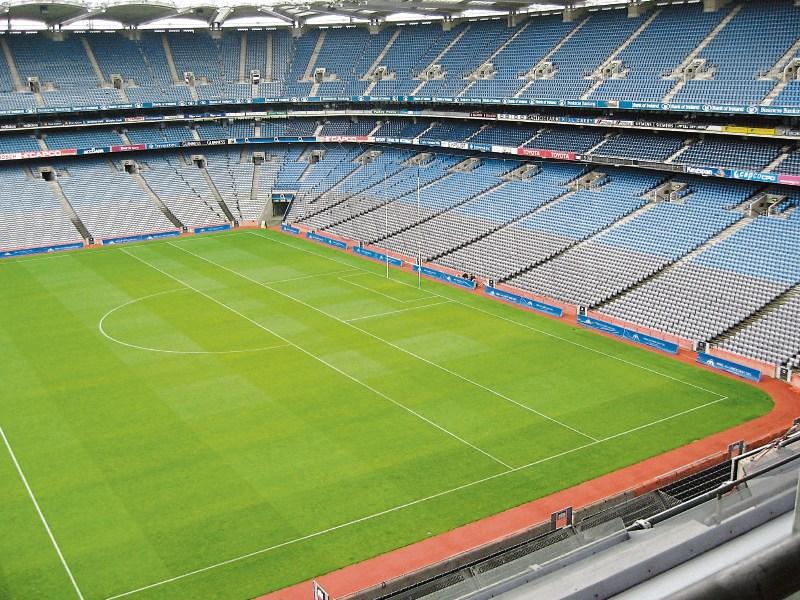 On Monday last a group of eight cycling enthusiasts from south Tipperary undertook a mammoth cycle from McCarthy’s Hotel on Main Street, Fethard, all the way to Croke Park, Dublin. The 160km cycle was embarked upon to mark the centenary year of Bloody Sunday, November 21, 1920, but also was undertaken in memory of local man, the late Gus McCarthy.

One of the participants in Monday’s cycle was Vincent “Jasper” Murphy, a grand-nephew of Gus. Jasper was making the momentous journey all the way to “Croker” on a 116-year-old replica of his grand-uncle’s racing bicycle. The 1904 Hercules bike had been painstakingly restored over recent years by Jasper in honour of his famous maternal grand-uncle in preparation for the Croke Park cycle. Fethard man Gus McCarthy was a member of the ill-fated Tipperary senior football team in Croke Park on that tragic day almost 100 years ago, lining out at right corner-forward against Dublin. On what was undoubtedly the blackest day in the 136-year history of the GAA, Gus’s teammate Michael Hogan of Grangemockler was mortally wounded by British Troops and died on the hallowed turf. Thirteen spectators also lost their lives at GAA Headquarters the same day.

The shameful atrocity in 1920 at Croke Park came as a result of British Army exacting revenge after the IRA had executed a number of British agents in Dublin that morning.

A LOVE OF CYCLING

Prior to Gus’s involvement with Gaelic games and Tipperary football, he attended Rockwell College as a student and was a cyclist on the school team, competing with none other than the late Taoiseach and President of Ireland, Eamonn De Valera. Indeed, it is reputed that the young “Dev” had a crush on one of Gus’s sisters at the time and often cycled to Fethard with Gus to try and see her.

According to historians Gus McCarthy escaped onto “Hill 16” and luckily was lowered over the wall and away from Croke Park in his Tipperary jersey, which, of course then, was white with a green hoop.

As he ran for his life, a woman at a door saw him and took him into the house to hide him under a bed for two days. She then got him some clothes to cover his Tipperary strip and organised getting him out of the capital and back to Tipperary. Gus later went on to join the IRA, and at one stage ended up interned in Kilkenny Prison.

It was the strangest of times in Irish history and like many families who fought on different sides of the Civil War, the McCarthy family also had a member who fought for the British Army in World War I. One of Gus’s brothers, Chris, had been in the British Army and served in the trenches in France during the Great War. Thankfully, in this country over the past few years, as a nation, we have come to understand and accept the history of that period much better than previously.

The McCarthy family have been synonymous with Fethard for longer than anyone living can remember and have been in business in the town since Richard McCarthy opened McCarthys Hotel in the 1840s. Also, the Murphy family are famed in horse racing with Jasper’s grandfather Dick, his father Stan and his brother Stan also National Hunt jockeys in their time.

Over the past two years, Jasper, a popular publican and well-known undertaker, has been working on the replica bike, as well as training, planning, researching and putting a team together for the spin, which all came to fruition on Monday. 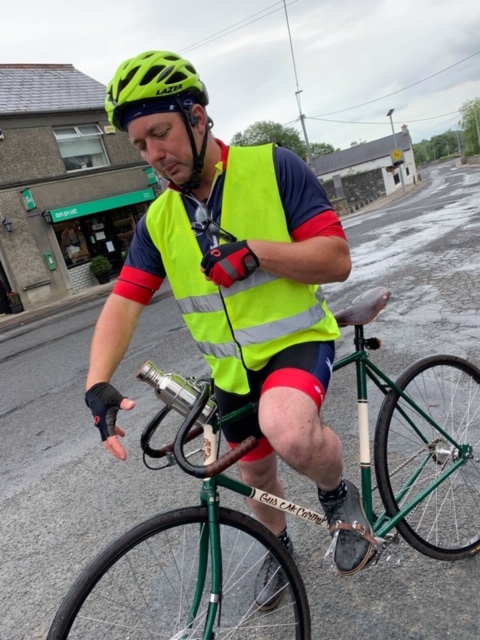 Vincent ‘Jasper’ Murphy who on Monday last cycled 160kms from Fethard to Croke Park in Dublin on a replica model of his grand-uncle Gus McCarthy’s 1904 Hercules bike.

He was accompanied on his trip to Dublin by seven other cyclists - Barry Meehan, Paul Kelly, Paul Shanahan, John Leahy, Barbara Ryan, Madeleine Ryan and Tom Anglim. It is worth noting that John, Barbara, Madeleine and Tom all represented Tipperary in football in their day.

The plan was to depart from McCarthy’s Hotel and head to the capital via Abbeyleix, but depending on unknowns, plans could be changed en route.

The final touches to the planning were only being made last weekend with the chief organiser having one eye on the weather.

According to Jasper when we spoke before the weekend “the weather forecast for Monday is to be dreadful, but we are hopeful it might change yet. As to how long it will take us to get there, who knows, all day maybe, it will take as long as it takes,” he added.

A FAMILY TREASURE THAT WENT MISSING

Considering the occasion that it was, Jasper also asked us to put out an appeal for a special family journal, of huge sentimental value, that was stolen from their busy pub one night approximately 30 years ago.

“It was a family journal of the whole revolutionary period written up by great-grandmother. It contained a world of knowledge about what was happening in those times with a lot of family stories and wonderful history in it. It is of immense personal  and sentimental value to us and we would love so much to have it back again. Perhaps it is still out there somewhere, and maybe someone could get it back to us without anyone ever knowing. We would ask no questions,” added Jasper.

Perhaps if it did come back there could be a new addition to the family journal after last Monday’s historic cycle to Croke Park.