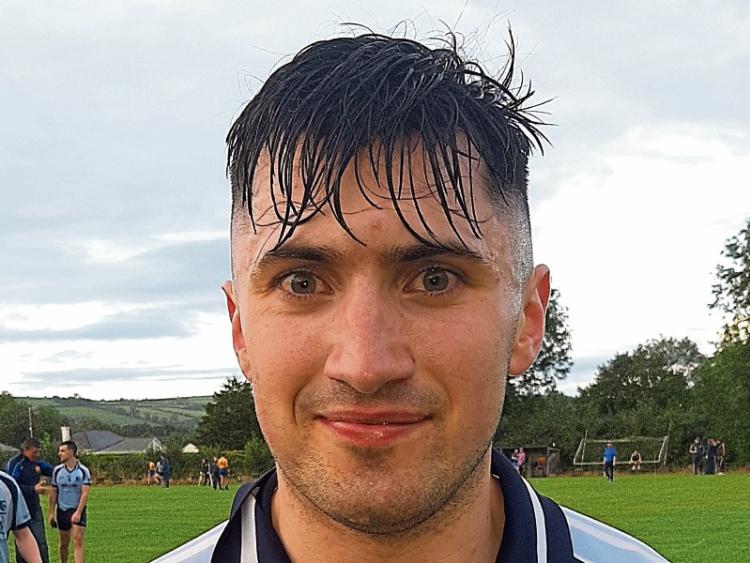 At Anner Park, Cloneen, on Saturday evening, Moyle Rovers intermediate footballers put themselves in pole position for a county semi-final slot with victory over local rivals Clonmel Og on an 0-11 to 0-8 scoreline.

In many ways this game was a county quarter-final in all but name. If Clonmel Og had won they would have qualified for that county semi spot, however the victory for Rovers means that if they can get a draw from their final game against Loughmore/ Castleiney they will then win their group.

On the opening day in this group a fortnight ago, Clonmel Og had 14 points to spare over the Mid Tipperary outfit. Borrisokane the fourth team in the group withdrew before the competition commenced.

The Powerstown/Lisronagh side can thank the trusted free-taking of Paul Shanahan for a big say in this success with the long-serving forward kicking eight points over the hour, seven from placed balls. That, and a stronger second half from MJ Browne’s side, saw off the challenge of Clonmel Og, who were anxious for the chance to get back to a county final having suffered a galling defeat to Moycarkey/Borris in last year’s county decider.

Unless Loughmore/Castleiney can now turn over the Monroe side, that opportunity will have to wait another 12 months at least for 'The Og.'

The game opened in a torrential downpour but the scores still came, Clonmel Og with points from Cian O’Sullivan and Graham Quinn were 0-2 to 0-1 up after four minutes. The Rovers hit the front for the first time with Paul Shanahan’s third free in the seventh minute and by the quarter-hour mark, following two good points from play from Luke Delahunty and Shanahan again, led 0-5 to 0-2.

A point from Conor Arrigan in the 20th minute was very welcome for Colm Purcell’s side, before Aaron Arrigan matched his brother’s white flag to put the town team within a point of Moyle Rovers after 28 minutes.

Cian O’Sullivan with a free levelled matters soon afterwards and Clonmel Og made it four unanswered points in a row when the pacey Evan McGuire gave them an 0-6 to 0-5 interval lead after the Clonmel Og midfield had won possession from a kick-out.

Unfortunately it was to be McGuire’s last real action as he was injured just on half-time and his loss removed a big threat from their attack for the second period.

Inside three minutes of the restart a pair of Paul Shanahan frees had Rovers ahead again, but a fisted point by Conor Arrigan following a great move started from defence by Darragh Kearney levelled matters for the fourth and final time. It was to be Clonmel Og’s only point from play in the second period, a half which was to yield only a meagre two points as the stronger Rovers wrestled the game their way.

Two more frees from Shanahan had Rovers 0-9 to 0-7 to the good by the second half water break.

The game’s best score came in the 54th minute when a counter attack from the 'Sky Blues' was superbly finished from the right sideline by Darragh Bolger.

Clonmel Og were getting few opportunities from a pacey and solid Rovers backline but Cian O’Sullivan’s free in the 58th minute kept them within striking distance at two points.

The game’s last score came in the 63rd minute, well finished by Sean Cotter after a pass from former two-time All-Star Declan Browne, both having come on as second half substitutes.

Rovers will be glad of the win but for Clonmel Og it was a huge setback and all they can now hope for is that Loughmore/Castleiney can do them a huge favour in three weeks time. Stranger things have happened in sport.