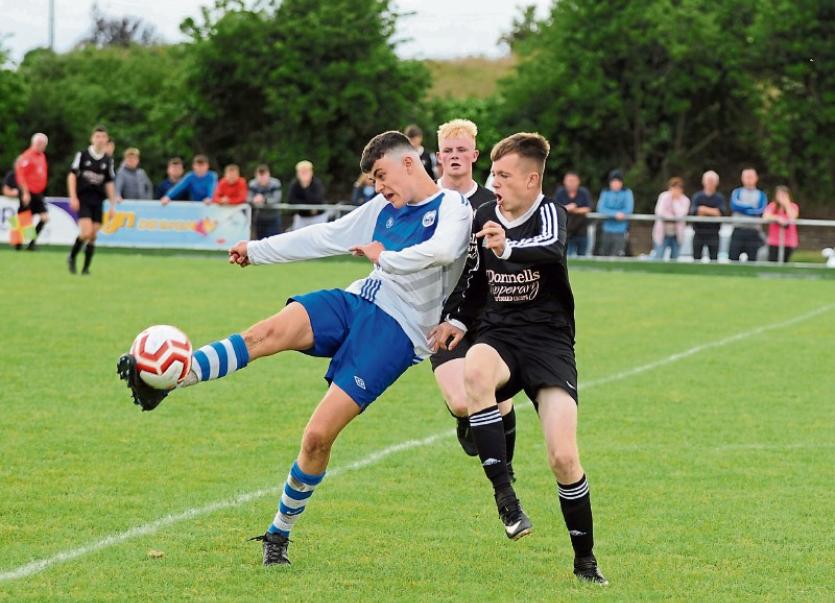 Cashel Town gained their first silverware at Youth level for a long while with a hard fought win against game opponents Kilsheelan United in the Division Two Youth Cup final in front of a good crowd at their home in Palmershill on Saturday last.

The game started slowly and both sides were understandably nervous with a lot of scrappy play around the middle area of the pitch. The hosts did create chances from set plays with some narrow misses from corners, but they had to wait until the 28th minute before they got any reward, when finally Jack McGrath got on the end of a brilliant delivery from Peadar Morgan and gave the visiting keeper no chance.

They then repeated the dose on the stroke of half time with the same duo combining again from another corner, to double their side’s lead and leave them going into the second period if a very strong position.

But to their credit the visitors came storming back into the game after the break and put Cashel under huge pressure, almost scoring just before the hour mark but ultimately seeing a chance cannon back off the post and away to safety.

They finally did get the goal their work deserved 20 minutes from the end with a near post flick from a corner. After that Kilsheelan pressed hard until the end in search of the elusive equaliser, but the Cashel defence stood strong and saw the game out to the delight of their supporters