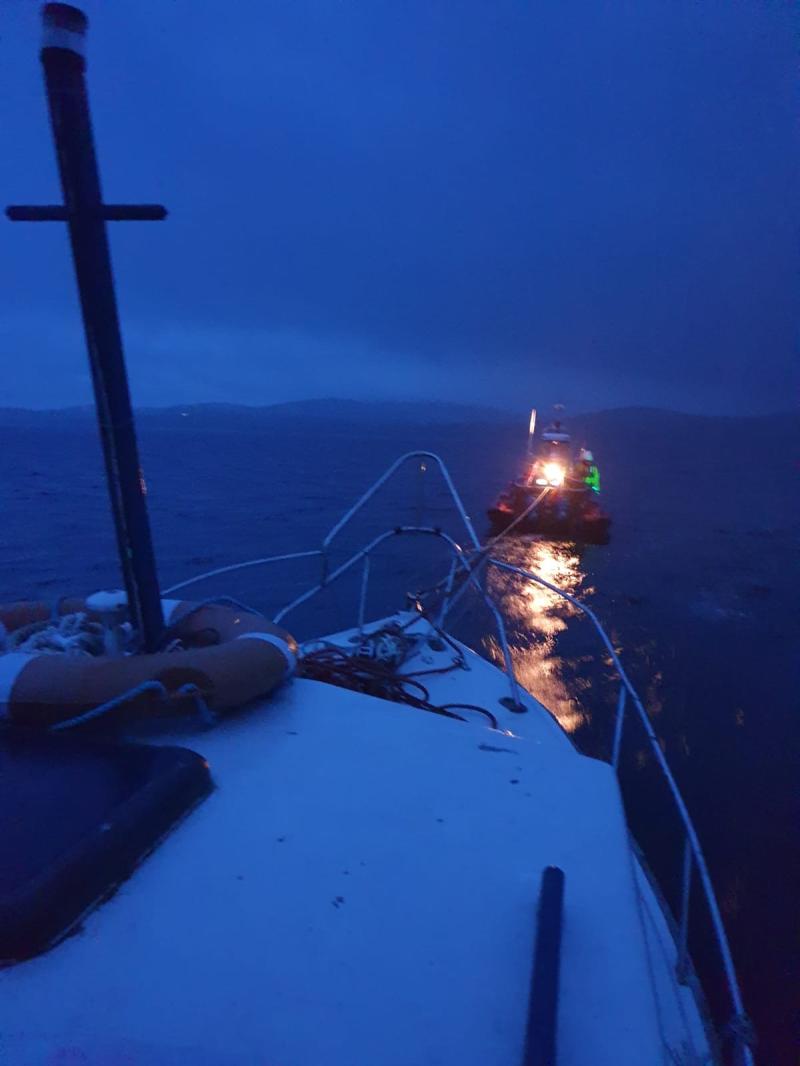 Lough Derg RNLI was involved in a nighttime rescue this  Thursday when they assisted four people on a 23ft cruiser that had suffered engine failure and was swept in on the Black Rocks, west of Holy Island in Scarriff Bay, Lough Derg.

At 9.05pm, Valentia Coast Guard requested Lough Derg RNLI to go to the assistance of the four people.

As the lifeboat passed Holy Island, RNLI volunteers spotted an SOS light signal from the shore, in an area known as the Black Rocks. The lifeboat took transits on their location, and with soundings of depths, navigated with caution to the casualty vessel.

The skipper of the cruiser had deployed his anchor, but it had dragged and the vessel was pushed into a dangerous and rocky area of shore.

Once the lifeboat crew decided on their rescue plan they informed the Coast Guard, who stood down Rescue 115, which was flying overhead.

At 9.30pm the lifeboat was alongside the casualty vessel. They found two adults and two teenagers on board, safe and unharmed, and wearing their lifejackets.

An RNLI volunteer transferred to the casualty vessel and when he was satisfied it was not holed, set up for a tow.

He took in the anchor, and the vessel was taken off the rocks with the lifeboat steering a reciprocal route back out to safe water.

Once out in safe water, an RNLI crew member lengthened the tow and the lifeboat took the casualty vessel to Mountshannon Harbour. With the advent of nightfall and deteriorating weather conditions, progress was slow.

At 10.33pm the lifeboat arrived in Mountshannon Harbour, which was completely full. A skipper of a moored vessel offered to have the casualty vessel rafted next to hers for the night.

The casualty vessel was safely tied alongside at 10.45pm. The lifeboat departed the scene and was back at Station at 11.08pm

Keith Brennan, trainee helm at Lough Derg RNLI commended the quick actions of the skipper on the casualty vessel saying: "He did everything correctly; deploying the anchor once his engine failed, calling for help and using light signals to indicate his position to the lifeboat."