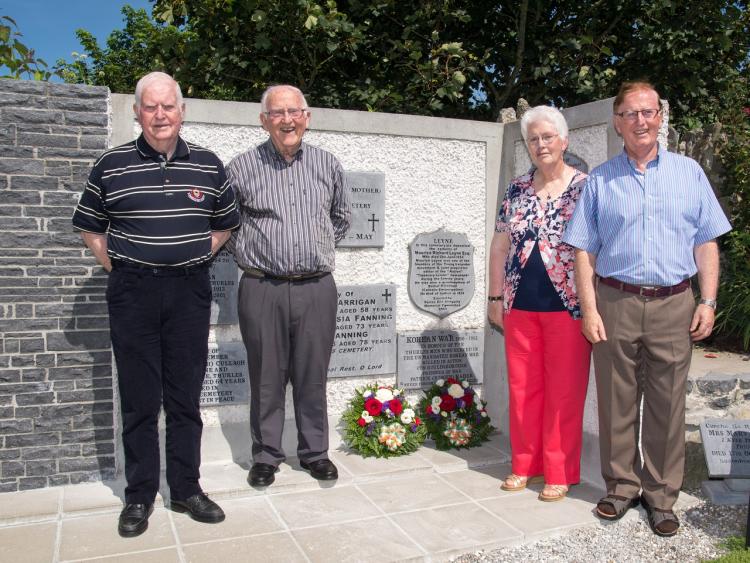 On Sunday last a special ceremony in St. Marys Garden of Remembrance was held to remember the Thurles links in the Korean War on its 70th Anniversary.

Patrick ‘Kinger’ Maher and Con Gouldsborough served in the Korean War with Con never making it home. In a poignant ceremony both Thurles men were remembered among family and friends.

This event was organised by local historian Paddy Loughnane and Tommy Barrett who is a Grand Nephew of Con Gouldsborough and second cousin of Kinger Maher. 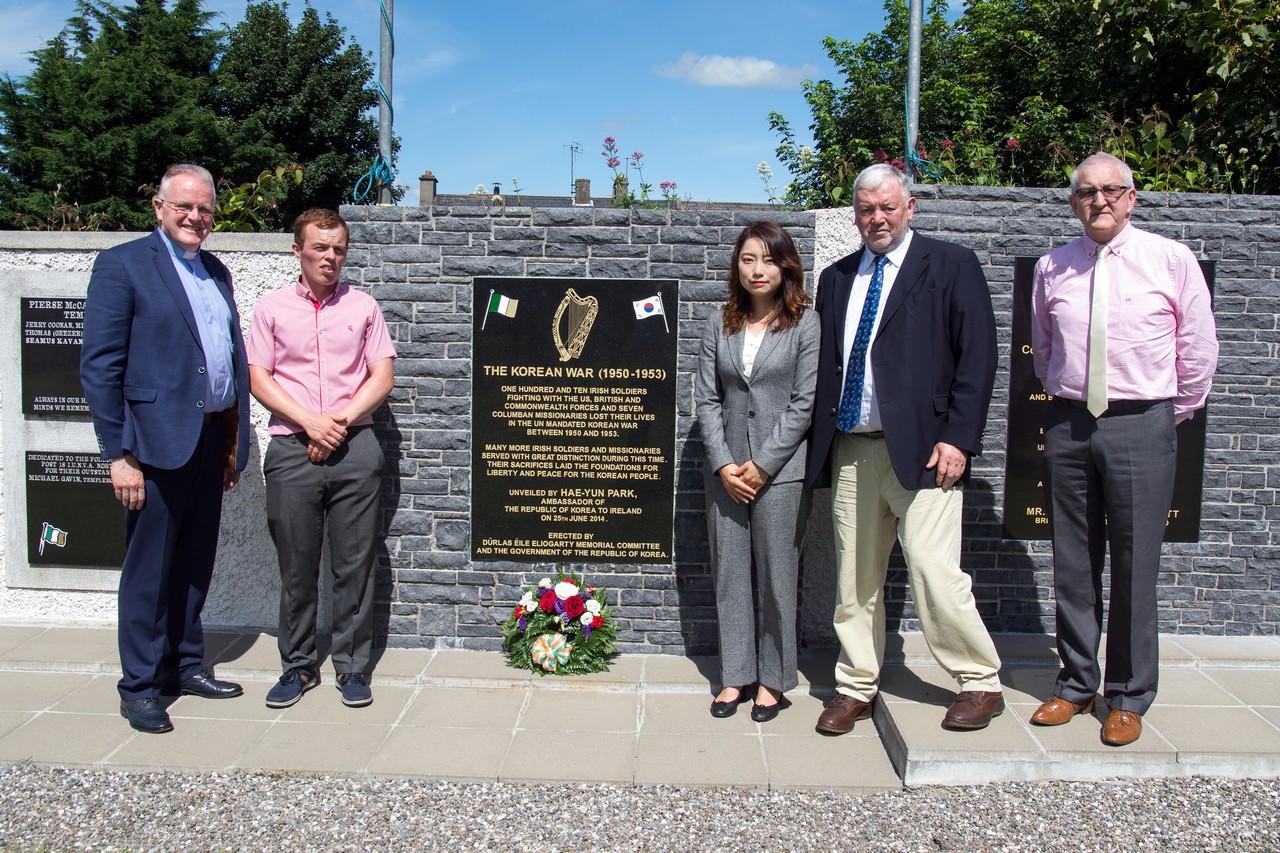 On the day Mr Martin Quinn from the Tipperary Peace Convention gave the keynote speech and spoke in depth about the Korean War and the Irish influence in the war and the positive relationship that has developed between both countries since.

A plaque was unveiled to the Thurles men who served in the Korean War as a lasting tribute to their memory. The plaque was unveiled by Bokyeong Kim Third Secretary at the Embassy of Korea and Boram Kim Kissane a member of the Irish Association of Korea. 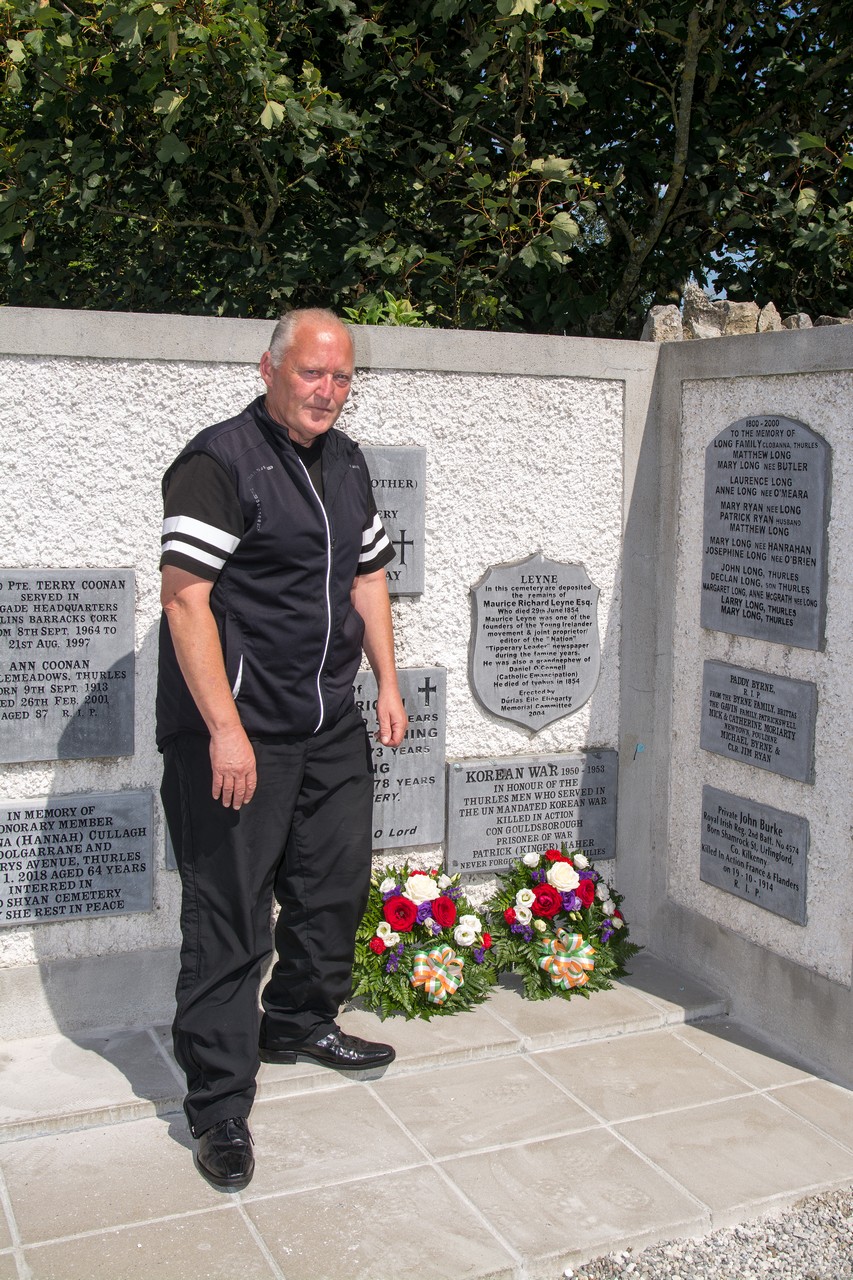 Following the unveiling of the plaque, wreaths were laid by Caitriona Cantwell and Mary Maher who are daughters of Kinger Maher and Paul Maher in memory of his uncle Con.

The final wreath was laid by Mr. David Doran in his role as Vice- Chairman of Thurles Eliogarty Memorial Committee who represented the committee on the day along with Noel O Dwyer.

The plaque was blessed by Fr. Jim Purcell who then treated the crowd to a lovely version of ‘How great thou art’.

The Moycarkey Pipe Band was represented by Ger Neville which really added to the ceremony in a special way.

Organiser of the event Tommy Barrett spoke to the Tipperary Star about this event: ‘I wish to thank everybody who contributed to making this event such a success, it is only right that Con and Kinger be remembered in their hometown with this ceremony. Indeed Uncle Con like so many other Irish men paid the ultimate sacrifice in the Korean War as they travelled to the other side of the world to protect a country that they had never even heard of. Kinger Maher and Con Gouldsborough were only boys when they went to Korea, what greeted them is truly unimaginable and this plaque unveiled in St. Marys will stand as a lasting tribute to two brave Thurles men. May they both rest in peace’.