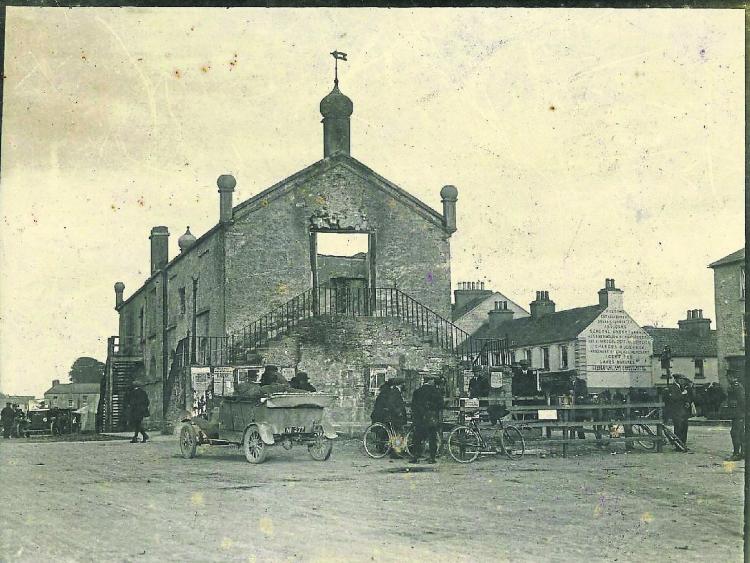 In reprisal British Army soldiers stationed at the local barracks wreaked havoc on the town that night culminating in the burning to the ground of the Town Hall.

Within days another hugely significant event in the history of our town began, now famously known as the "Bleeding Statues".

These were certainly extraordinary times for a small town in rural Ireland during the height of the War of Independence.

To tell the story of what happened on that fateful night the Sr Aine Historical Society, in association with Templemore Remembers, will present a lecture and slideshow at the Town Hall next Sunday evening at 8pm - exactly 100 years to the night.

The talk will be delivered by John Reynolds while the Thomas McDonagh Pipe Band will also be represented. We invite you all to come along and listen to the story.

And don't worry if it's a wet night as you can sit in your car and pick it up on the radio. The event will also be streamed live on Tuatha Corca Teine's Facebook page. Hope you can make it.