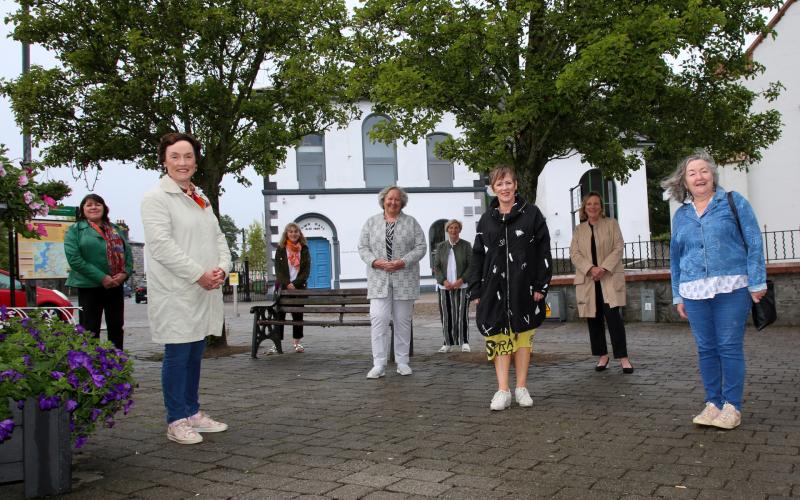 Getting ready: the Dromineer Nenagh Literary Festical Committee at the launch of this year's reduced festival programme Picture: Odhran Ducie

This year’s Dromineer Nenagh Literary Festival will go ahead as normal, but due to Covid-19 restrictions, there will be limited audience space and a shortened programme.

However, in line with many other festivals around the country, events will be recorded and will be made available to view online.

The festival will take place on the first weekend of October this year, making it one of the very few live arts festivals to be held anywhere in the country.

Acclaimed Nenagh writer Donal Ryan and Liz Nugent will feature in events to be held in Nenagh Arts Centre which has removed its tiered seating and replaced it with tables and chairs to accommodate socially distanced audiences.

While there will be no workshops this year, no café trail or literary boat trips, the festival committee is delighted that the successful Writer in Residence project from 2019 featuring John W Sexton is continuing with the publication of a book of work.

“We thought long and hard about staging a festival this year in light of the pandemic, and if we could run events while maintaining social distance”, said Geraldine McNulty, festival chair.

On October 2, local internationally acclaimed author Donal Ryan will be joined by another successful local artistic talent, Andrew Flynn, the theatre director who has adapted Donal’s book, A Thing About December, for the stage.

Members of Andrew’s Decadent Theatre Company will perform excerpts from the production on the night.

On Saturday October 3 the Festival welcomes poet Doireann Ní Ghríofa and artist Alice Meaghar, who is originally from Thurles, in a highly original and creative collaboration inspired by stone carvings in Kilcooley Cistercian Abbey near Gortnahoe village, Thurles.

On Sunday afternoon October 4, a very special Jane Austen Event will take place in Ashley Park with tea and cakes, featuring Rose Servitova, an Irish writer responsible for The Watsons, a novel which

Jane Austen started before her death and which Rose finished, true to Austen’s style and which has been acclaimed by the annual Jane Austen Festival.

She will be joined by the costume historian Melissa Shields in period costume for the event.

“After considerable investigation of venues and taking public safety into account we have decided to go ahead even if audiences will have to be limited. Our dreams of expanding our very successful 2019 festival have been put on hold in this extraordinary year, but we believe strongly that hosting live events, if possible, will raise morale and keep artistic activity alive,” said Ms McNulty.