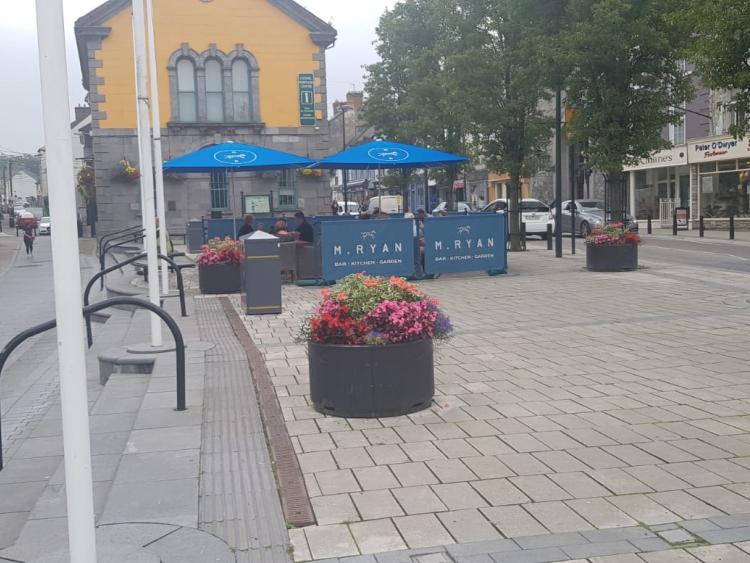 Cashel Chamber president Martin Lynch says: 'If restrictions were put in place, people would stay out of Cashel'

Businesses throughout Tipperary were breathing a sigh of relief this week with the likelihood of the county being put into lockdown receding.

There were fears that the Premier County could face the same fate as Kildare, Offaly and Laois following a spike in the number of positive Covid-19 tests.

A total of 29 cases are understood to have been confirmed in Walsh Mushrooms in Golden, and there was one confirmed case in the ABP meat plant in Cahir.

A spokesperson for the the HSE / South East Community Healthcare (SECH) said in a statement that they would like to reassure the public that the local outbreak in Golden was being managed “very effectively”.

With the Cabinet due to meet on Tuesadyto discuss the latest recommendations from the National Public Health Emergency Team (NPHET), both Deputy Alan Kelly and Michael Lowry said they understood there would be no recommendation to close down the county.

However, they expected some restrictions would be put in place on the elderly and for social gatherings.

The news of no lockdown has been welcomed by Cashel Chamber president Martin Lynch, who said that local businesses were only starting to see some light at the end of the tunnel following the national lockdown.

“If restrictions were put in place, people would stay out of Cashel,” he said. “We need tourists.”

Mr Lynch revealed that the chamber had written to the Minister for Health asking that no restrictions be put in place following the outbreak in Golden.

“We are happy that he seems to have listened to us. You can’t do regional restrictions. They sound good but are hard to implement. They made no real change to what happened in Offaly,” he said.

Thurles businessman and Tipperary county councillor Seamus Hanafin said that businesses in the town would be “breathing a sigh of relief”.

He said that, having been locked down once, it would have been hard to reopen again.

“The numbers of Covid-19 in Tipperary have been good considering the size of the county. It is inevitable that we are going to see spikes. We have to learn to live with it. It is not going to go away soon,” said Cllr Hanafin.

He said that even in Kildare, Offaly and Laois there hadn’t been a blanket lockdown and the vast majority of businesses were adhering to the safety regulations.

“It is something they are taking very seriously,” he said.

Cllr Hanafin said that a lockdown should only happen under the “most extreme circumstances”.

Meanwhile, Deputy Lowry said that it is was his information that nothing had changed in relation to imposing a complete lockdown on Tipperary.

However certain restrictions will be put in place. There will be a greater focus on gatherings and the holding of large house parties, in particular, will be addressed. In addition, only six people will be permitted to gather in a house at one time.

Outdoor events will be limited to a maximum of 15 people, Deputy Lowry stated.

There will be restrictions at gyms, dance classes and other types of leisure facilities.

A maximum of six people will be allowed to sit at restaurant tables and wedding celebrations will consist of a meal only with no music or dancing.

The Independent TD said that additional advice will be given to older members of the community to shop at off-peak times.

Deputy Kelly said he understood no request had been made to Minister Donnelly from NPHET for a county lockdown in “any shape or form”.

The Labour leader welcomed news that meat plants, nursing homes and direct provision centres would now be tested on a weekly basis.

However, Mr. Kelly emphasised that such testing should have been done months ago when it was known where the problems were.