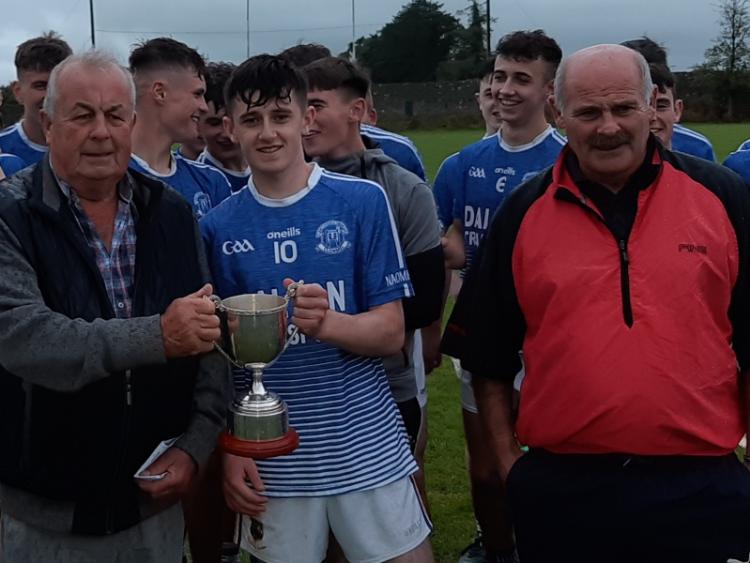 St Mary’s are South Tipperary Minor ‘A’ hurling champions for 2020 following their nine points win over Carrick Swans in the final played at Fethard GAA Field this evening (Wednesday).

The Clonmel side finished the stronger pulling clear in the third quarter but only after the Carrick side had pushed them all up to that point. Midway through the second period there were just two points separting the sides with the undefeated St Mary’s leading 0-13 to 0-11, but with the wind rising towards the game’s conclusion ‘The Mary’s’ outscored their opponents by eight points to one for a deserved victory.

The South champions now await a county semi-final against the winners of the Thurles Sarsfields v Drom/Inch Mid Tipperary final on Sunday, and will be hoping they can once again progress to a county decider, hoping to emulate their county minor ‘A’ successes of 2015 and 2016. While the current St Mary’s side are a young minor outfit with just one 18 year-old starting this game, there is no doubt that there is plenty of potential to work with here going forward.

Undefeated in the round robin series, St Mary’s started this encounter in a hurry and had six points from play on the scoreboard after just six minutes to a solitary free for Swans.

Inside 10 seconds midfielder Eoin McCarthy had the opening point and after Jamie Holloway levelled with a free, ‘The Mary’s’ hit five in a row in rapid succession, three of them coming from the impressive Peter McGarry with the others from Cathal Deely and Dean Cagney.

The slow-starting Swans began to get to come to grips with the game and two further Jamie Holloway frees made it 0-6 to 0-3 after 12 minutes. 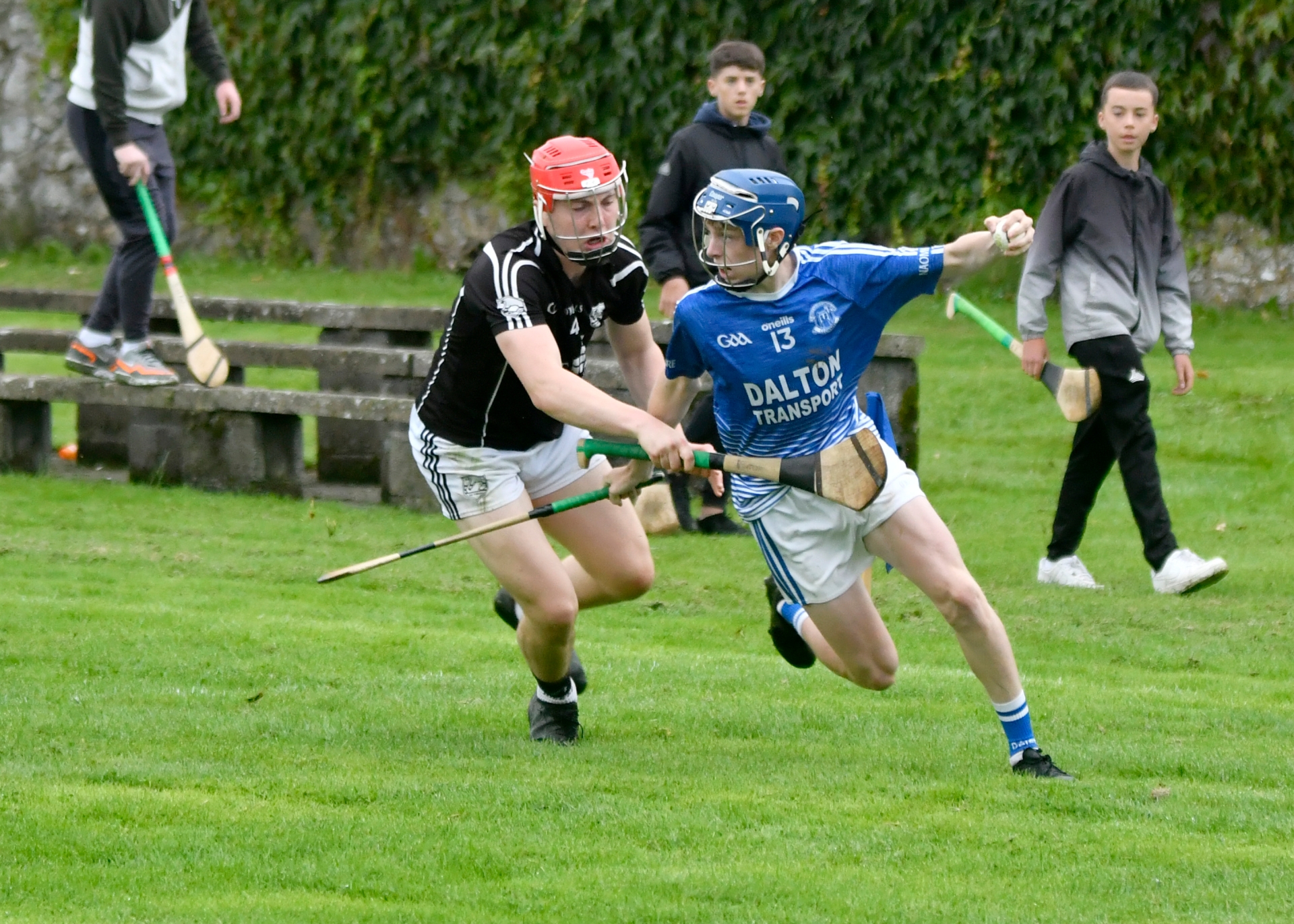 An excellent point off the stick by the Clonmel side’s captain Sean Leahy was answered by Holloway’s fourth free in the 18th minute, before Anthony Keeley produced one of the best points of the game when swivelling and getting his shot away under pressure.

David Barry then found himself with loads of space to stretch the Clonmel lead to four but the Swans had the better finish to the opening half with three unanswered scores from Jamie Holloway (free), Aidan Waters and a well-deserved point from Dale Power after his own hard work had created the opportunity.

A Peter McGarry ‘65’ was the final score of an entertaining first half, sending ‘The Mary’s’ to  the break leading 0-10 to 0-8 with the promise of a rousing second half to come.

The game tightened considerably in the third quarter as Swans, who had lost to their opponents by nine points in the round robin, re-emerged with a score to settle. The first six points of the half were all from frees, three apiece, from Peter McGarry and Jamie Holloway, with no quarter being asked or given with a South title at stake. The performance of the Clonmel half-back James Morris was outstanding all throughout, but no more so than in this period as time and again he thwarted potential Swan attacks from developing.

The first point from play of the second period arrived midway through with Sean Leahy again pointing while in full flight and at the second half water break St Mary’s were three ahead by 0-14 to 0-11.

Whatever was in that water it seemed worked miracles as thereafter the Clonmel side asserted their authority on proceedings and down the finishing straight pulled away from the Swans as the light began to fade quickly.

An excellent Sean Cooney point was soon followed by another from Cathal Deely, answered by a Jamie Holloway free, the Swans’ last score of the game.

The last five scores of the game went the way of the winners, four placed balls, including a 65 from Peter McGarry, and an excellent point out near the sideline by Ruairi Leahy who had just come on – the famous Leahy name still flying high in Tipperary hurling. 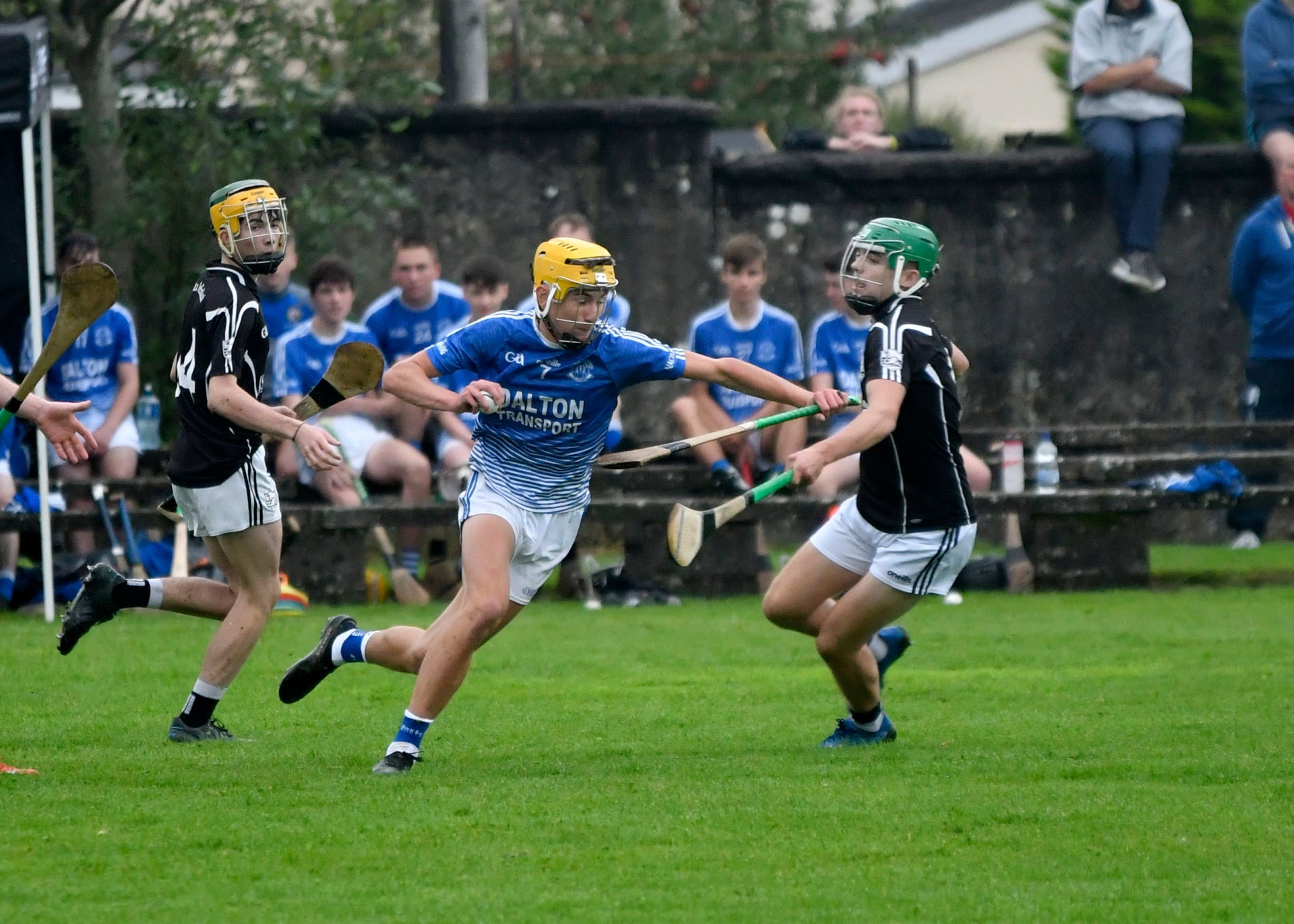 Man of the match James Morris (St Mary's) breaks out of defence during the O'Sullivan Insurance South Tipperary Minor 'A' Hurling Final played at Fethard on Wednesday evening.

The final scoreline will be a little flattering to the champions who only pulled away from their battling opponents down the final stretch. They will take encouragement though from the fact that they came through a tough test withstanding all the Swan could throw at them. There were many excellent performances throughout but James Morris's display in the half-back line was superb. The spine of the defence stood up with Ross Slattery and Tadgh Condon solid and goalkeeper Adam Brannigan did well to come and narrow the angle when it seemed Aaron O'Sullivan was certain to goal early in the second half.

The Swans were slow off the mark and gave themselves a big mountain to climb when conceding six points in as many minutes at the outset. In fairness they did battle back and while never getting back to level terms they pushed St Mary's all the way until late on.

In Taylor Fleming they had an inspiring defender, aided in defence by Ben Mulcaire and Sean Power. Dale Power and Nigel O'Keeffe worked hard in midfield, but it was upfront that they had little reward, managing just three points from play over the hour and going the entire second half with just four frees.

They did have two good goal chances, one in either half, from Cory Ryan and Aaron O'Sullivan, and needed at least one of these to upset the formbook. It simply wasn't their night, but they will take a lot of heart still from their performance and will come again as the Swans also do.

Subs: Daryl Hanrahan for O’Donnell and Glen Cooke for Power (both 55); Cian Harrigan for Delaney (57); James Bourke for O’Sullivan (62);