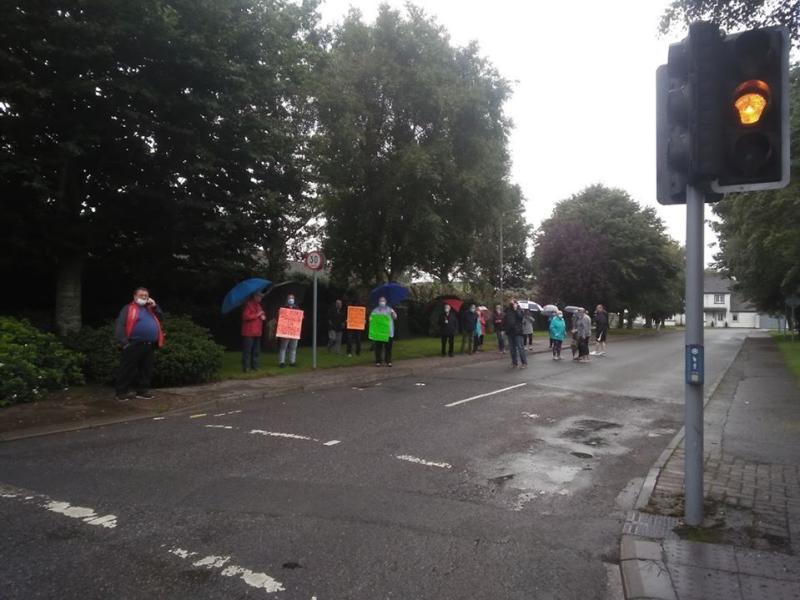 A protest by residents at Cormack Drive in Nenagh over plans by Tipperary County Council to build 12 social houses on green areas in the estate has been suspended.

The move comes after Cllr Seamus Morris, cathaoirleach of Nenagh Municipal District Council secured a meeting between the residents and Tipperary County Council's housing officials for next Monday.

An assurance has been give that no machinery will enter Cormac Drive until after that meeting.

The residents of Cormack Drive in Nenagh had pledged to maintain the protest they began this Monday to prevent contractors coming on site to start work on the houses.

The residents have been opposed to the houses from the outset but following talks had the number reduced from 17 to 12 houses.

They were told work was scheduled to start in mid-September but the residents had been shocked to see contractors arrive this week.

Tipperary County Council later acknowledged that the residents were given the incorrect date for work to start.

The residents are claiming that an agreement was made in 1984 that no new houses would be built in the estate, and that when 13 extra houses were built in 1991, they were on a site adjacent to the estate.

They claim they have seen seven references in the council files to the agreement, but the council maintains that they do not have any agreement.

The residents had already backed a call by Cllr Morris, for the council to withdraw all work until there is a chance to meet and review the file references.
“We would welcome a meeting with the council and would welcome a third party review of the documents,” said residents' association chair Mike Ryan,

He said they would “totally accept” the findings of any such review.

Meanwhile, a spokesperson for Tipperary County Council said that the contractors were appointed by them to construct the houses .

“It is acknowledged by this council that a start date of September 17 was previously notified in error," they said.

The contract to construct the houses is expected to take approximately 12 months to complete,” they said.

The spokesperson said that the residents and general public had been notified of the development and invited to make submissions as part the required Part VIII planning process.

Submission received had been considered by the planning authority during this process and on foot of these submission a number of amendments had been made to the original proposed development.

The amended development had been approved by the elected members of the council as part of the planning process, the council said.