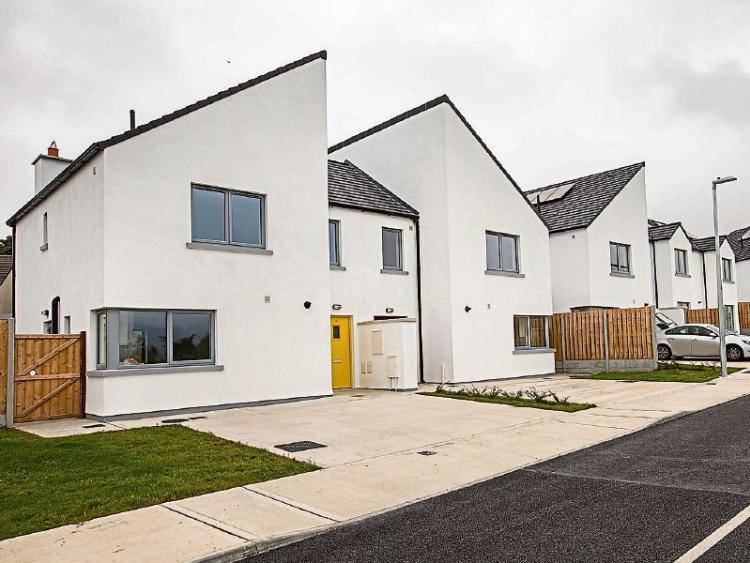 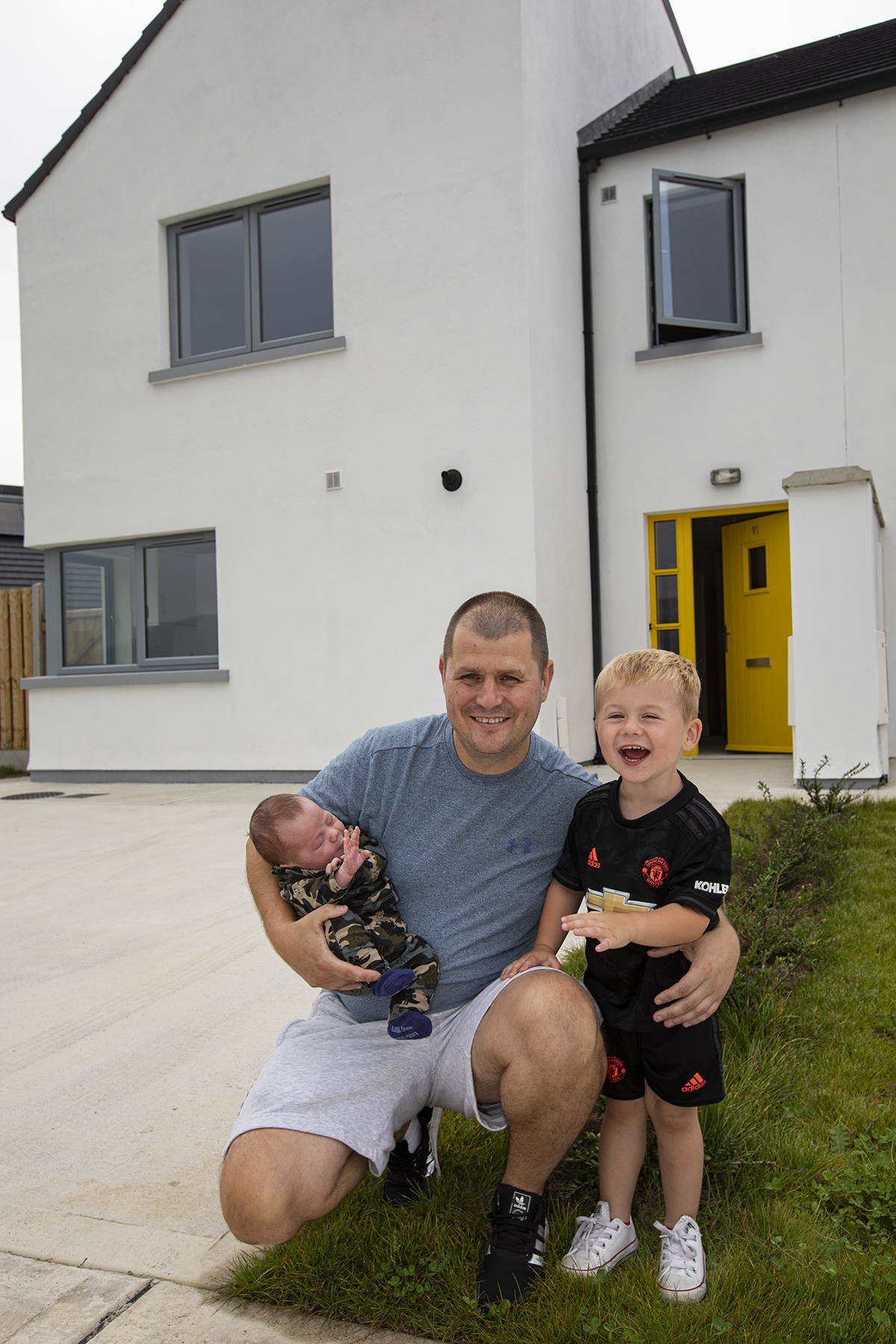 Keys to new homes in the first council housing estate built in Clonmel in 20 years were handed out to their tenants last Thursday.

Residents of the 26-house Glenconnor Hill estate are moving into their new homes throughout this week.

The €5m Tipperary County Council estate is built on a site of just over one hectare next to the existing Glenconnor Heights estate and comprises a mix of two and three-bedroom homes.

Twenty-one of the houses are two-storeys in height while five are single storey residences.

Among the tenants delighted to be moving into a three-bedroom house in the estate are Dean Butler, his partner Rebecca Hunt and their children.

They received the good news two weeks ago that their six-year wait on the council’s social housing waiting list was over. It couldn’t have come at a better time for the family. Rebecca gave birth to the couple’s second son Byron just a month ago. Their elder son Cian is three-years-old and Dean’s 15-year-old daughter Mia regularly stays with the family.

“It’s unbelievable,” said Dean sitting in his van in the front driveway of his new home,  11 Glenconnor Hill.

“We are on the housing list since 2014 and were living in a two-bedroom house at O’Connell Court. It’s on the main road  and we had no back garden. There is a lot more room here.”

Dean is looking forward to playing football with Cian in their new back garden.

“Cian is mad into football. All he wants to do is play football and have a goal out the back of the house. I can do that now.”

Dean and the estate’s other new tenants were busy getting their  homes ready to move into when The Nationalist visited  last Thursday. “There is a painter in the house  now and we got all the flooring done. It’s an exciting time so it is,” Dean  declared.

He said the standard of  homes at Glenconnor Hill was a credit to the council.

Tipperary County Council senior executive architect, Liam Ryan, who designed the estate, said many of the  tenants were on the council’s housing list between five and seven years. “There were people in tears when we rang them,” he reported.

Mr Ryan, who left private practice four years ago to join the local authority for the Building Ireland Programme, said this is the first time the council has designed social homes in-house rather than referring the job to consultants. He  designed the estate around a green area  and ensured all the houses have  views of the scenic hills overlooking Clonmel.

He interspersed the single-storey homes among the two-storey houses to give the estate a more village style effect. Mr Ryan said his aim was to create a village community within Clonmel. All the houses are fitted with roof solar panels, double-glazed windows and latest standard insulation They boast an A3 BER energy rating. Mr Ryan  has entered his design for the estate in the Chambers Excellence in Local Government Awards.

Former Housing Minister Eoghan Murphy turned the sod on the project in September 2018 and the estate was built by Clonmel  firm, Semiton, over a period of a year and a half.

They received a special exemption to continue working during the lockdown as the estate was less than six weeks away from completion. Mr Finn reported Semiton had up to 60 people  working on the estate at one stage  and between 25 and 30 workers on site  throughout the project.