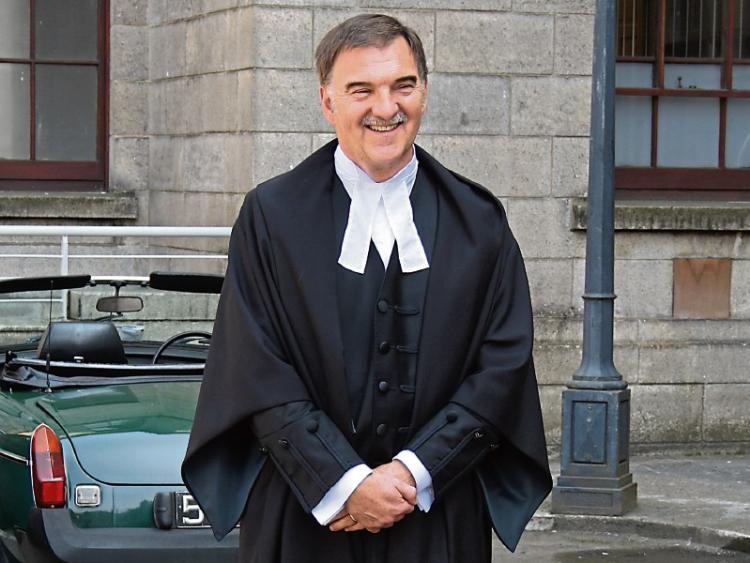 A Tipperary Town man was assaulted on a dark country road by the brother and boyfriend of a young woman he viciously beat up a short time earlier, Clonmel Circuit Court  was told.

The case of a third co-accused has yet to be dealt with by the court.

Three weeks before the sentencing of  Mr Smith and Mr Ryan, Mr Barry (32) was sentenced to three years in jail with the final 18 months suspended at Clonmel Circuit Court  for assaulting and harming Samantha Smith at Mount Bruis on the same day.  The court heard Ms Smith was Simon Smith’s sister and Declan Ryan’s girlfriend.

Detective Garda Donal Shine outlined to the court that gardaí in Tipperary Town received a report about a distressed man, who called to a farm house at Mount Bruis.   While travelling along a dark lane en route to the scene, gardaí saw a man hiding in a ditch.  It was Peter Barry, who was extremely intoxicated and distressed. There was blood on his face and his left eye was swollen.

Liam O’Dwyer, who had been accompanying Mr Barry,  also approached gardaí in a panicked state.

They told gardaí they were walking down the road when a black car drove up and Peter Barry was accosted and assaulted.  Mr Barry alleged the car was driven at them and he jumped into the ditch to avoid the vehicle.

Mr O’Dwyer ran to a friend’s house to get help. Gardaí contacted an ambulance to get medical attention for Mr Barry. As they were doing this, Declan Ryan, Simon Smith and a third male arrived in a black Volkswagen Passat.

The two groups became  extremely abusive towards each other and Peter Barry was put into a patrol car. The gardaí managed to calm the three people in the car  and the ambulance and garda assistance arrived. Liam O’Dwyer, who wasn’t injured, accompanied Mr Barry in the ambulance.

Det. Garda Shine explained that Mr Barry assaulted Mr Smith’s sister, who was also Mr Ryan’s girlfriend, earlier that evening. Mr Barry attended South Tipperary General Hospital for treatment of his injuries. He suffered lacerations to the top of his head and his left eye and side of his face were swollen. He also sustained bruising on his torso.

When Simon Smith was  arrested he admitted punching and kicking Peter Barry. He told gardaí his sister Samantha called him  earlier that evening and told him she was assaulted by Mr Barry.

Declan Ryan was also arrested and also told gardaí of being informed of his girlfriend’s assault and his  shock at her injuries.

He said they left in the direction of Tipperary   and  came upon Mr Barry and Mr O’Dwyer on the road.  On exiting the vehicle, a scuffle broke out and he punched Peter Barry.

He agreed with Mr Ryan’s barrister Edward O’Mahony that there was no suggestion the two defendants went looking for Mr Barry that night. They just happened upon him and Mr O’Dwyer.

He confirmed  Mr Ryan was arrested for drink driving after this incident and it was one of his previous convictions.

Mr O’Mahony put it to the detective that Mr Barry may have started this incident by striking Mr Ryan through the window of the car.

Det. Shine confirmed this was reported to him. Det. Shine agreed with Mr Smith’s barrister Suzanne Gorey that her client’s actions weren’t premeditated.

Mr O’Mahony said after being informed of the “quite severe” assault on his girlfriend, the red mist descended on Mr Ryan  when he happened upon Mr Barry.

“Obviously the court has to take a dim view of any vigilantism but I urge it  to have some sympathy on him for having lost some control that night because of what happened to Ms Smith.

She did get quite significant injuries.”  He appealed to Judge Patrick Meghan to take into account this client’s exceptional co-operation with  gardaí.

He never sought to minimise his role in the incident. Mr  O’Mahony acknowledged Mr Ryan had issues with alcohol but not he was in full-times e employment in scaffolding. He argued a custodial sentence was not appropriate as it was his client’s first offence involving violence.

Ms Gorey said Mr Smith was “enraged” after seeing his sister in distress. “Undoubtedly the response to that anger can’t be excused. He should have dealt with it differently.”

She  said Mr Smith made full admissions to gardaí and hasn’t come to Garda attention since. The Probation Service report  was very favourable and  assessed his risk of re-offending to be low. Her client told the Probation Service this incident was “totally out of character”. He worked full time as an electrical apprentice.

Ms Gorey said Mr Smith spent some time in Australia and this conviction will limit his furutre travel opportunities.  She echoed Mr O’Mahony’s argument that nothing would be gained from jailing her client.

Judge Meghan said he was satisfied these two men “happened upon” Mr Barry and he accepted  the assaults were at the lower end of the scale of such offences.

He suspended the 18 month sentence he imposed on Mr Ryan for  three years in view of his  admissions to gardaí, early plea, the fact he said he was hit first by Mr Barry and hasn’t come to Garda attention since this incident.

Judge Meghan said a one year  jail sentence suspended for two years  was appropriate in Mr Smith’s case as he had no  previous convictions and his risk of re-offending was low.