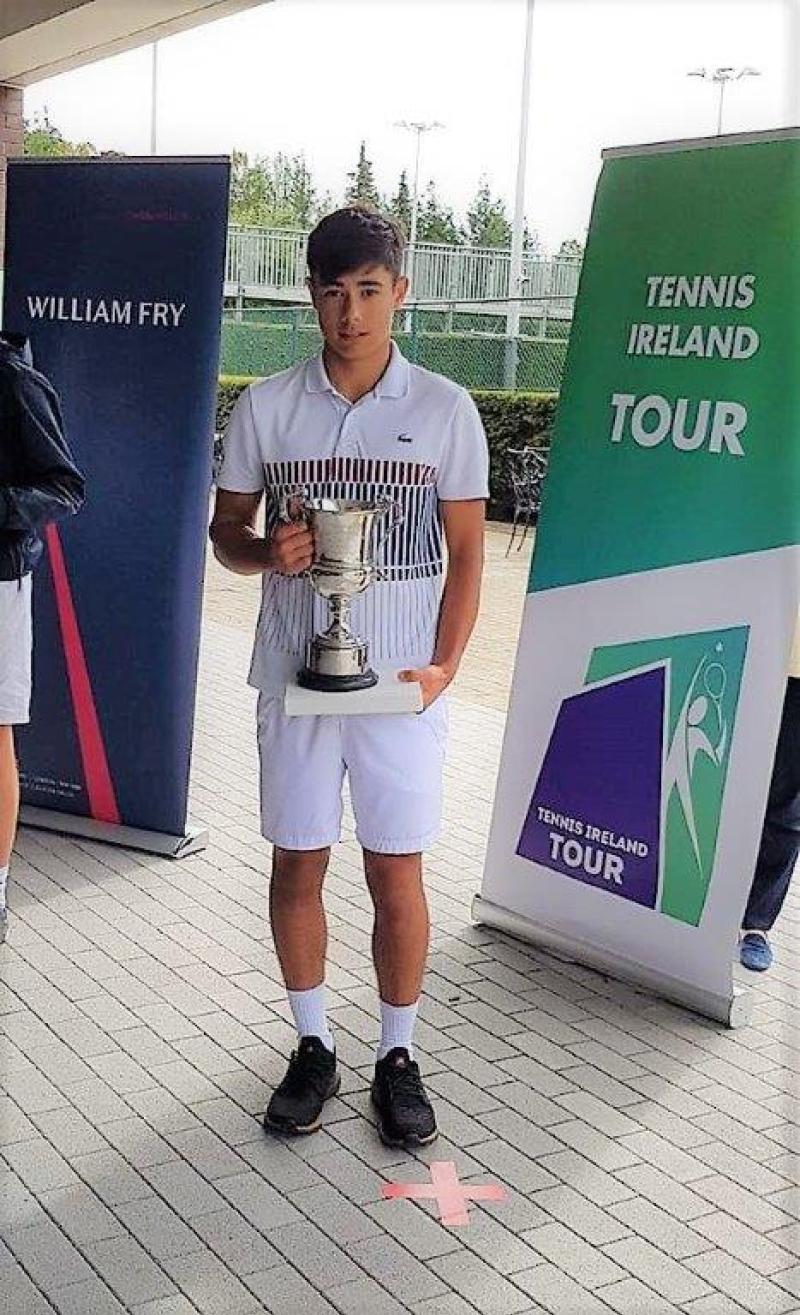 A Tipperary tennis player has been crowd U16 All-Ireland champion.

This is Nathan’s second Irish success of 2020, as earlier in the year he won the Irish U16 Indoor title.

Nathan, seeded two, defeated Daniel Borisov, 6/3, 6/1, in the final. He had earlier defeated Hugh Butler in the semi-final; Borisov had edged out Irish No 1 Zach Murphy from Castleview LTC, Carrick-on-Suir, in the other semi-final.

Fitzwilliam success is a supreme aspiration for junior players in Irish tennis. The club’s website states: “The Junior Irish Open, aka the Junior Fitz, which has never left the club, has been a rite-of-passage competition for Ireland's top young tennis players since 1914.”

Kieran featured on one of the Nenagh teams at the recent deferred Munster Winter League finals while Juliana was a member of Nenagh team which won a Midland League title a few years ago.