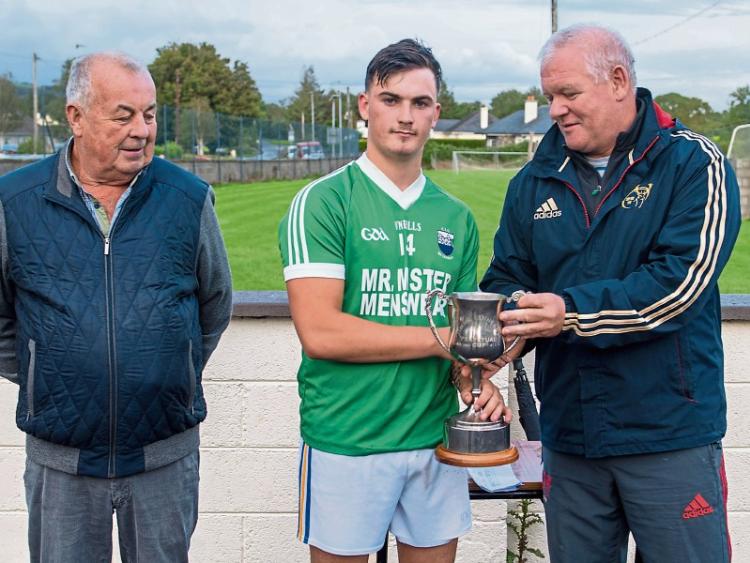 Cahir were crowned Clonmel Oil South Tipperary Minor ‘B’ hurling champions for 2020 at Anner Park, Cloneen on Wednesday evening overcoming a dogged Kilsheelan/Kilcash outfit, thanks in the most part to a superb first half.

A lightning fast start by Cahir saw them build up a six points lead by the end of the first quarter, and they needed all of that advantage as Kilsheelan rallied strongly in the second period. Down by seven at the interval, the young and spirited Kilsheelan side closed the deficit to just a single point with 10 minutes remaining before a physically stronger Cahir found a second wind to close out the game for a deserved victory.

No doubt the foundation for the Cahir success was their impressive opening, particularly a period between the fourth and 12th minutes when they scored six excellent points all from play without reply.

Inside 30 seconds of referee’s Paddy Ivors opening whistle Jack Buckley put over a free for Cahir which was soon answered by a superb opener for Kilsheelan from Emmet Butler.

Thereafter though Cahir kicked on a gear with a half dozen of their own from Ciaran Condon, Christopher McDonagh (2), Jack Buckley, Francie McDonagh and Francie Delaney. After 12 minutes they were 0-7 to 0-1 in front and looking as if they might overrun their opponents.

A Conor Grant free, won by the lively Tommy O’Connor, interrupted the Cahir pattern, but only briefly with midfielder Jack Buckley replying with a free of his own.

Kilsheelan's Conor Grant finished off a fine movement involving Senan Butler, Oisin Lavin and Tommy O’Connor with a point from play before Cahir had another three in-a-row from Tom Delaney, Christopher McDonagh and Francie Delaney for an 0-11 to 0-3 lead after 20 minutes of hurling.

Two converted placed balls by Conor Grant, a 65 and free, reduced that deficit for Kilsheelan before another Jack Buckley free finished the first half scoring to send Cahir to the break leading comfortably by 0-12 to 0-5.

Christopher Delaney’s superb solo run at the start of the second half set up Cahir captain Francie Delaney for the first score of the second period to stretch the Cahir lead to eight points. At that stage it looked as if Cahir’s name was already on the cup.

However, the third quarter belonged to the Sean Ryan-managed Kilsheelan/Kilcash side, who scored1-4 without any reply to put the game right back in the melting pot with 10 minutes to go.

The comeback commenced with Conor Grant’s 34th minute free with three from play to follow to add to the momentum. From the half way line Conor Grant split the uprights, Senan Butler then finished off a fine move followed by excellent effort from Emmet Butler on the run to bring Kilsheelan within four of their opponents by the 44th minute.

The goal they needed to really get back in the game arrived in the 49th minute again coming from Conor Grant. A long range free from inside his own 65 metre line deceived everyone to hit the back of the net and in a flash Kilsheelan were within a single point, trailing 0-13 to 1-9.

The second half water break arrived just at the wrong time for them it seemed and like a bell in boxing it gave a shakey looking Cahir side a chance to steady themselves once again. The management team in the corner, Larry Molan, Tomas Kelly, Johnny McMahon and Tommy Barrett had them ready when the action recommenced. 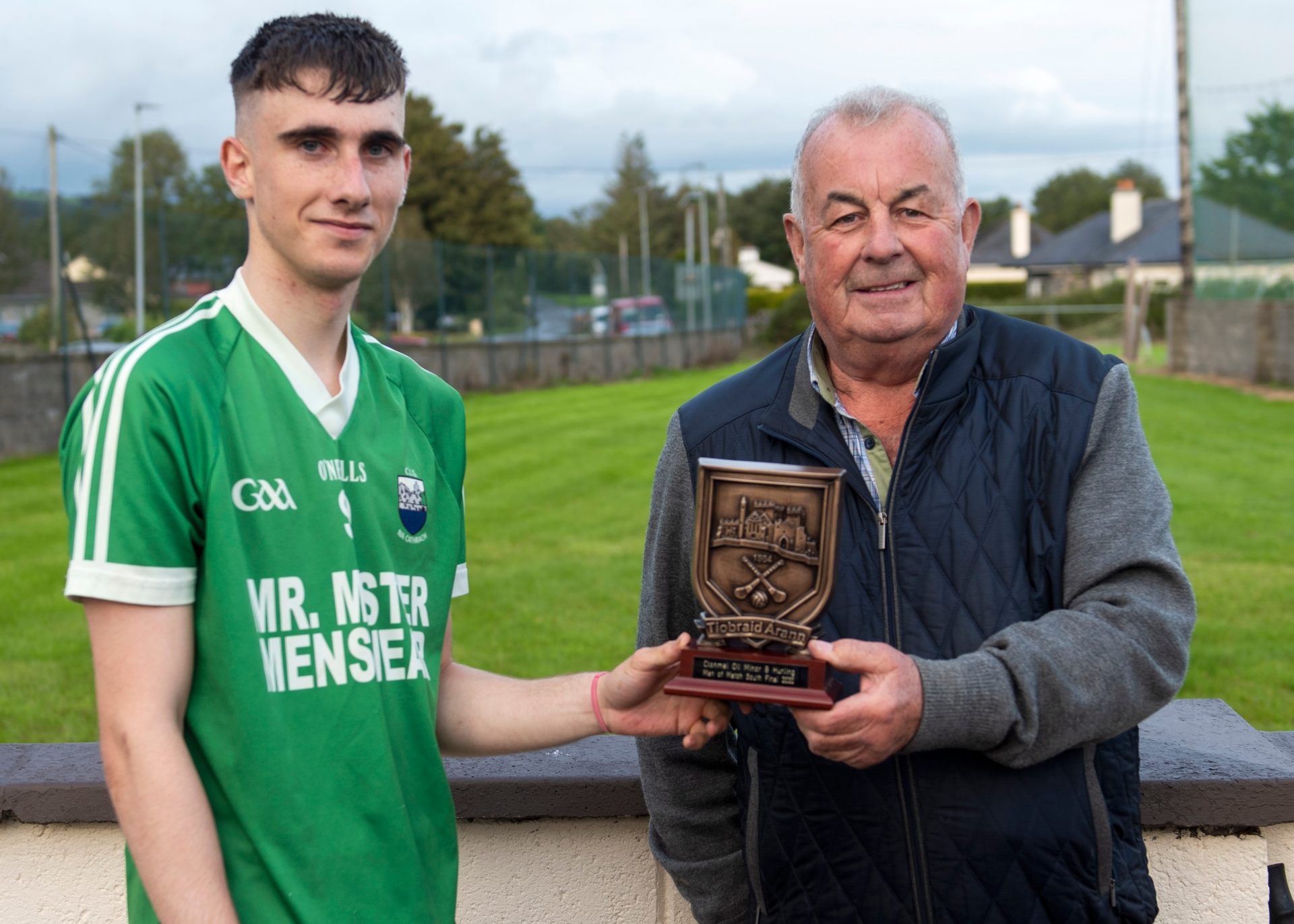 Francie and Christopher Delaney had two points within 60 seconds to take the fire out of the Kilsheelan fightback, and it was back to a four points advantage when 'Man of the Match' Jack Buckley landed a 65 with five minutes left to play.

A point from an acute angle by Kilsheelan substitute Ben Smith kept his side within a puck of a ball but Cahir weren’t to be denied when using their extra strength to good effect against a Kilsheelan side who have nine players still under 16 years of age.

In truth Cahir looked to have that bit little extra all through and may have made it harder on themselves by falling off the pace in the third quarter having done so much positive work early on.

They had many outstanding performances on the night from Jack Buckley, Christopher McDonagh, Ciaran Condon and Francie Delaney who all put in serious efforts, with the likes of Thomas Molan, Kevin Hickey, Eoin Wyse and Tom Delaney also showing well.

Kilsheelan, having overcome Ballyneale/Grangemockler in a thrilling extra-time encounter only last Saturday night, lost nothing in defeat here and can genuinely look forward to next year with renewed belief.

Conor Grant was a colossus in the forwards and later in the middle of the park, contributing 1-7 and was unlucky with another couple of frees that would have proved helpful had they gone over.

The midfield battle was exciting all evening with all four having their moments, and Emmet Butler and Zac O’Loughlin played their part here for Kilsheelan. The half-back line had a lot to deal against a strong Cahir line but Casey J Coleman, Conor Neville and Oisin Lavin all had their moments. Tommy O’Connor and Senan Butler looked lively in the forward line too. 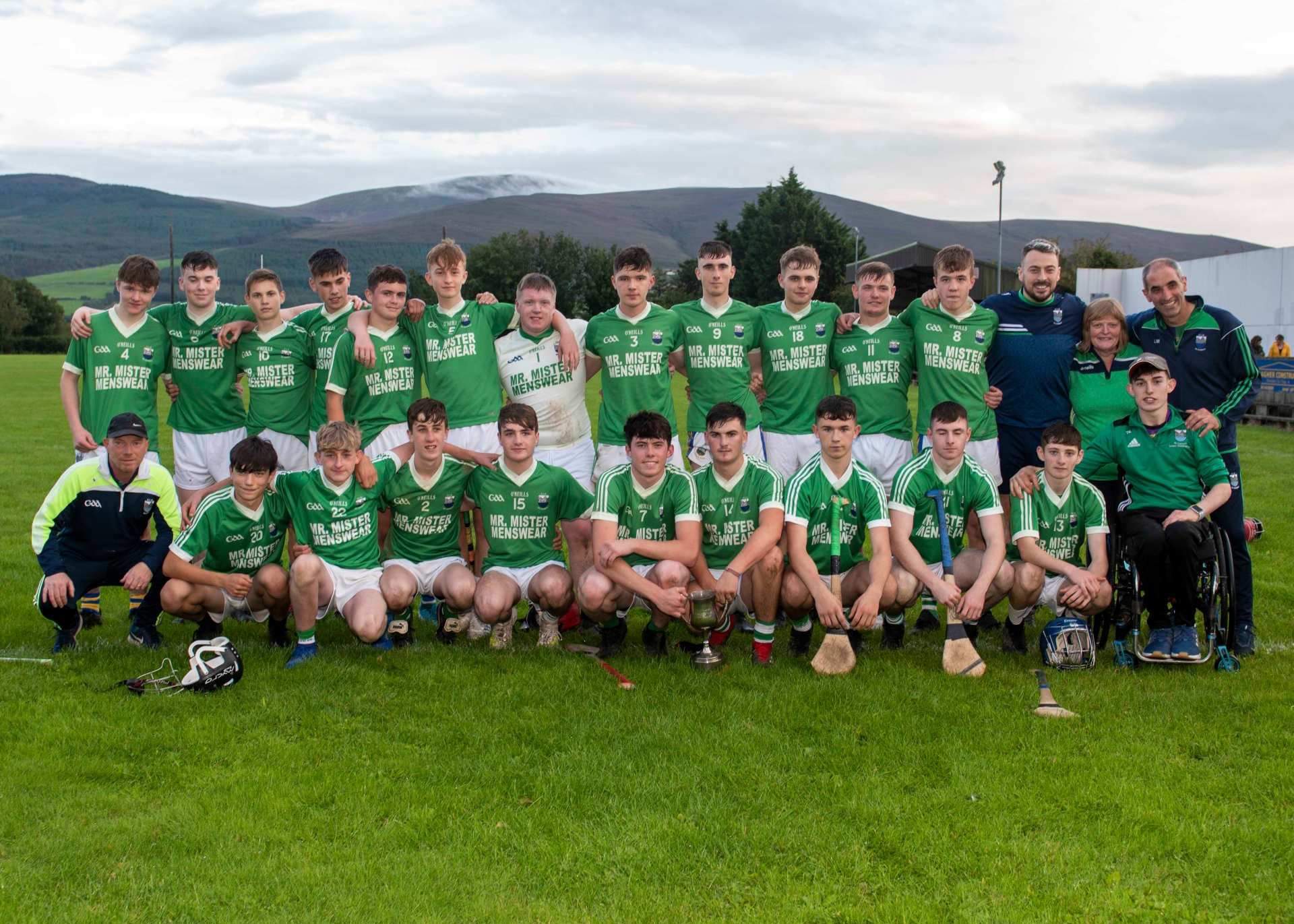 Cahir - South Tipperary Minor 'B' Hurling Champions for 2020 celebrate with mentors following their victory over Kilsheelan/Kilcash in the final played at Anner Park, Cloneen on Wednesday last.