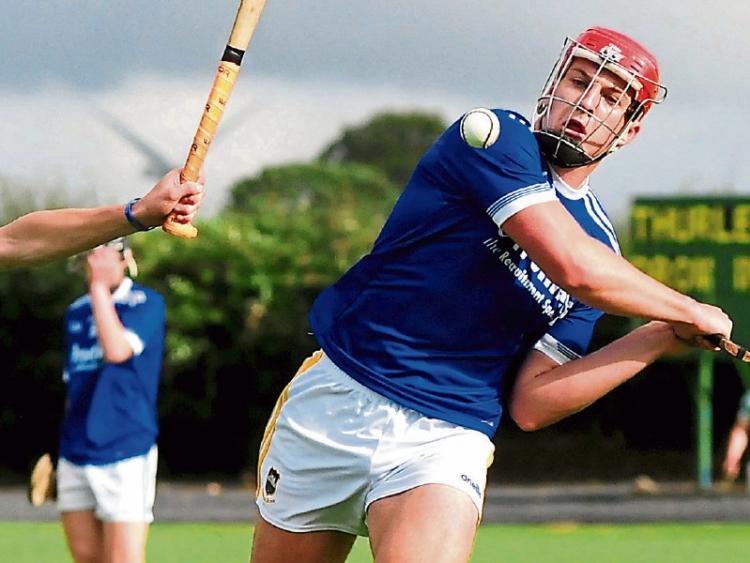 The Mid champions hit four first half goals in a clinical display of opportunism and were to all intents and purposes home and hosed by the interval when they led by 12 points, 4-9 to 0-9.

The second period was a more even contest and while the Clonmel side tried everything they could there was to be no fairytale comeback for them. Sarsfields full-forward Paddy Creedon wrapped up a memorable performance by completing a hat-trick of goals before being substituted late on.

The game had started positively for the recently crowned South champions who, helped by early points from play from Dean Cagney and David Barry, were 0-4 to 0-1 ahead by the 10th minute despite playing against a freeze breeze into the railway end of the field.

But in a game-changing three-minute spell between the 11th and 14th minutes Sars scored 2-3 without reply to take a firm hold of proceedings. Thereafter they never relinquished that control.

The first goal should never have happened from a Clonmel point of view when a ball played into the goal area allowed ample time for the clearance but credit to Paddy Creedon who harried the defence before stroking the sliotar into the bottom corner.

Three minutes later Creedon forced the St Mary’s keeper Adam Brannigan into a super save but Darragh Minogue was in like a flash on the rebound and Sarsfields were 2-4 to 0-4 ahead after 14 minutes.

With Philly Hayes and Conor Stapleton getting on top around the centre Sarfields were getting plenty of opportunities to take on the Clonmel rearguard with Darragh Stakelum, Liam McCormack and Darragh Minogue most prominent.

Sarsfields’ third goal arrived in the 23rd minute when a long delivery by Liam McCormack was taken by Darragh Minogue for his second green flag of the day.

The physical presence and pace of Paddy Creedon was best displayed with a superb solo point in the 27th minute and he was to round off a great first half with his second goal when again Liam McCormack was the provider. It was a galling blow to St Mary’s who saw a Dean Cagney effort at a point fall just short into the keeper’s hand and 10 seconds later the St Mary’s keeper was retrieving the sliotar from his own net at the opposite end.

With a 12 points deficit at the interval, Brendan Ferris’ side were left with a huge challenge in the second half.

Compared to the free-scoring first half, the third quarter was more low key, with just six points scored.  St Mary’s at times took the more impatient option of going for goals when points were there, but they were at nothing really against a hard-working Sarsfields defence with James Armstrong to the fore giving little away.

Four Sarsfields points from play followed from Tommy Maher, Paddy Creedon and the pacy Liam McCormack (2) as the Conor Stakelum managed side edged nearer to a county decider. The fifth and final goal arrived four minutes from time when Darragh Minogue put in a fine run up the left before handpassing to Paddy Creedon who found the top right hand corner with a superb finish and a personal tally of 3-2 on the day.

St Mary’s had the consolation of a rather fortuitous goal three minutes from time when a Tadgh Condon sideline cut from almost halfway ended up sliding past the Sars keeper low into the net.

On this performance from a team which seems to have loads of hurling skills, touch, pace, physical presence and scoring ability about them, it is hard to see the Thurles side being stopped in a county final next weekend.

The Sarsfields defence conceded only 1-9 from play over the hour with James Armstrong and captain Henry Fogarty solid in the centre and Emmet Fogarty and Conor Fogarty crafty at wing backs. Philly Hayes and Conor Stapleton hurled well at midfield while upfront the forward unit looked to have loads of options with the full-forward line alone scoring 5-7 over the hour. Dean Fanning and Darragh Stakelum got through a lot of work also.

The step up from division to county proved too big for the Clonmel side on this occasion but they will  feel the final scoreline doesn’t do them justice. Eoghan Walsh and Tadgh Condon were the pick of the defence and Adam Branningan in goal again saved a few. Eoghan McCarthy and Sean Leahy moved to defence in the second half and improved matters in there. Cathal Deely and Peter McGarry also did well.