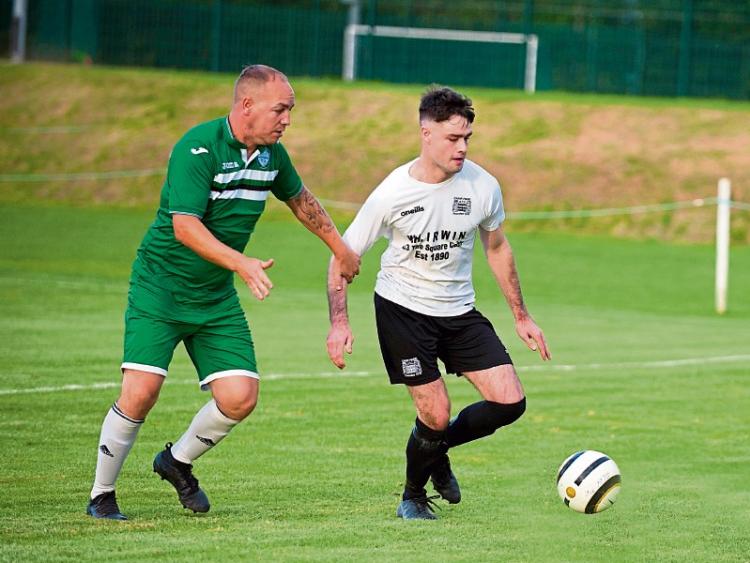 Clonmel Celtic’s seconds fairytale run in this season’s Tipperary Cup came to an abrupt end on Saturday evening, but not before they gave the Premier League side  an early scare before succumbing to the firepower of a Cahir Park side determined to make their mark on this year’s blue riband competition.

The early exchanges were full-blooded and the underdogs tore into their more illustrious opponents right from the get-go.

And it looked like another Tipperary Cup shock could be in the making when Damian Walshe slammed a free kick to the net in the 17th minute to give his side a lead that their play up to then had deserved.

Unfortunately this seemed to spark the Park into life and within five minutes they had equalised when a slick passing movement cut open the Celtic defence to tee Kenny Cunningham up for his first goal in what was to be a man of the match performance.

In the 33rd minute Cunningham found himself through again and he made no mistake, putting his side in front from close range.

At this point it was all Cahir and they extended the lead when Sean Murphy pounced on a defensive error to make it3-1.

And the same player knocked the stuffing out of the Third Division side with a second and his side’s fourth goal,  which arrived just before the half-time break.

This cushion allowed Cahir to relax and they dominated proceedings from there on in, with Murphy adding two more goals inside the first quarter of the second period.

In complete control now, the Premier League side added two more goals before the end through Kenny Cunningham’s hat-trick  and a deserved goal for Alan O’Donnell five minutes from time.

In the end the scoreline was a bit harsh on the Clonmel side but they can be proud of their performance and their run to the 2020 Tipperary Cup semi-finals, along with some excellent performances in the league, which will set them up for another season when Tipperary soccer restarts next season.