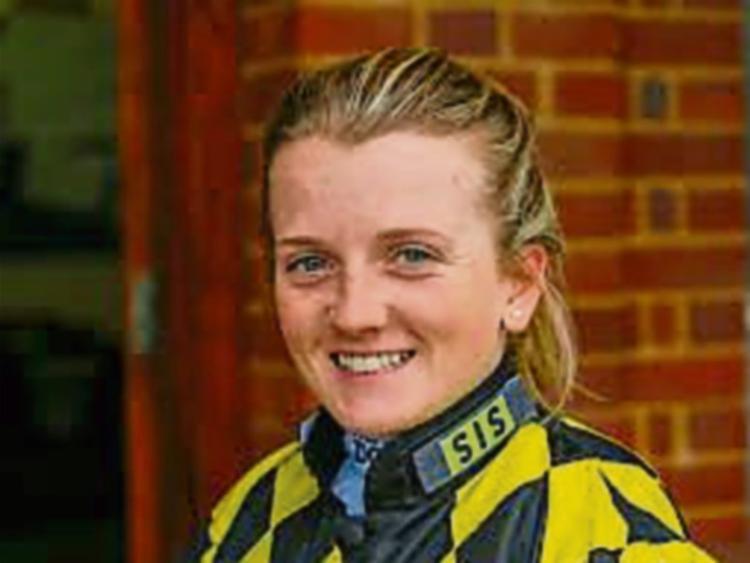 Hollie Doyle whose father Mark hails from Clonmel rode herself into the history books last Saturday when riding five winners at Windsor.

History-making English jockey Hollie Doyle who last Saturday became the first woman ever to ride five winners at a race meeting in Britain has strong Tipperary connections in both Clonmel and Templemore.

Hollie’s father Mark grew up in Bianconi Drive, Clonmel and worked for a few years with the Mouse Morris stables at Everardsgrange, Fethard, before emigrating to England to continue his career in the horse racing industry. Cross channel he then went on to ride winners under both flat and national hunt rules.

Hollie’s grandfather, Hilary Doyle, who is originally from Abbey Road in Clonmel now lives in the Old Bridge area of the town. Hollie’s grandmother is Breda, (nee O’Brien) from Ard Fatima, Clonmel and lives at Oakland Drive. Hollie has many relatives around the county, including her uncles Christopher, David and James and aunts Andrea and Joanne.

Hollie grew up in Herefordshire with her parents Mark and Caroline where the family had ponies and point-to-pointers at home. She had her first ride at Salisbury in May 2013, and perhaps a sign of things to come, it was a winning won. After finishing school she joined the training yard of David Evans in Wales where her father still works today.

Hollie moved on to trainer Richard Hannon in 2014 and rode her first win in a listed race in August 2017 again at Salisbury while still an apprentice. Today she is with Archie Watson’s yard at Saxon Gate in Upper Lambourn.

Last year Hollie set a record in what looks like being a stellar career in the saddle when riding 116 winners in a season, surpassing the previous record of 106 wins by Josephine Gordon set in 2017. She is just one of three women along with Hayley Turner to have amassed a century of winners in a single season.

Twenty-three year-old Hollie stands at under five feet tall and weighs just under 8 stone which often earns her the moniker of ‘Pocket Rocket’ especially in tight finishes. She rode her first Royal Ascot winner in June this year when coming home on 33/1 chance Scarlet Dragon in the Duke of Edinburgh Stakes.

Hollie, continuing on a great summer, had her first Group race success in July in the Princess of Wales’ Stakes at Newmarket. Also in July it was announced that she had been appointed as retained jockey for Imad Al Sagar and almost immediately repaid that huge vote of confidence when winning the Rose of Lancaster Stakes at Haydock for her new owner.

But to top an unbelievable summer for Hollie, last Saturday at Windsor she rode five winners to become the first-ever female jockey to win five races on the same card at a racecourse in Britain. If any of the relatives back in Clonmel had been fortunate enough to back the five-horse accumulator the odds were a very nice 899-1. It would have been a wonderful weekend’s work for any lucky punter.

Displaying the true professional she is, Hollie was in no mood for celebrations on Saturday night and headed for Yarmouth on Sunday to clock up another three winners. This young lady has it all it seems, amazing ability matched with a steely determination to be on top of her game. 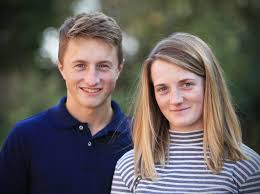 Tom and Hollie at home in Hungerford.

Hollie’s partner Tom Marquand is also a top class flat jockey whom she met when they were at Richard Hannon's yard. They now live in Hungerford, Berkshire. Currently this season Hollie is on 95 winners and Tom on 82 - the competition must be fierce but friendly in that household.

Hollie’s amazing achievement didn’t go unnoticed either it seems in the Sunday papers.

Three-times champion jockey Frankie Dettori who famously rode all seven winners at Ascot in 1996 hailed Hollie’s exploits as both a great achievement personally and for the sport as a whole.

He said: “I watched the races on television and she rode really well. It was an amazing achievement being the first woman rider to win five races on one card. It was unbelievable.

“I was watching the news and they showed Lewis Hamilton getting pole position in the Formula One, the Community Shield highlights and Hollie Doyle getting her new record at Windsor.

He added: “To be the first woman to win five races on a card speaks volumes of her talent in the saddle.

Reigning champion Oisin Murphy said: “It was incredible. On paper she had a good book of rides, but to ride five winners in one day is really special. I take my hat off to her, as she has done this completely through hard work and determination.

“To ride five in a day is a remarkable achievement and not many people do it, let alone with the one-meeting restriction.

“I’m just incredibly proud of how she has taken herself from the beginning when we were pony racing together and progressed through not just riding but as a person,” said Murphy.