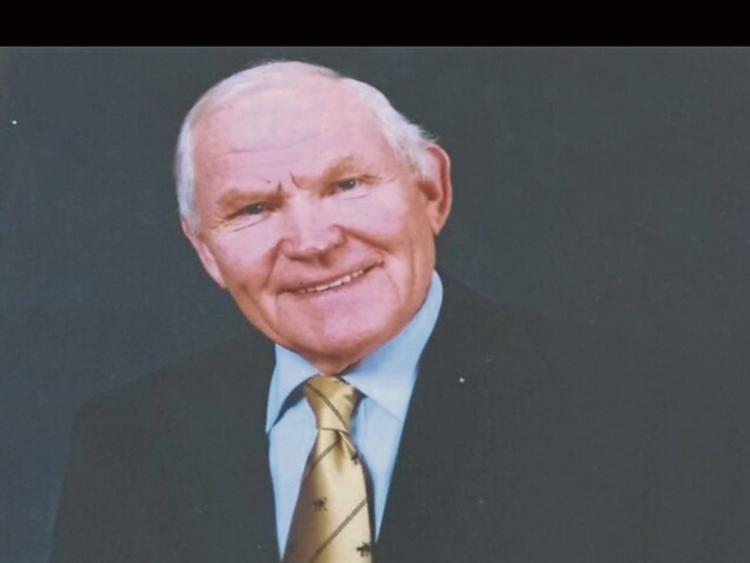 When news filtered through that Michael O’Byrne, Ballindoney, Grange had passed away there was great sadness in the parishes of Ardfinnan, Grange and Ballybacon and South Tipperary in general.

Michael O’Byrne was born in September 1936 and from an early age showed a keen interest in sport. He married Peggy Kendrick in October 1965 and they had one daughter, Anne Marie.

He went to Grange National School, which had a major influence on him playing football and hurling with Ardfinnan GAA Club and Ballybacon-Grange Hurling club respectively.

Michael played minor for both clubs and won his first medal as a member of St Finnans team that won the South Junior Football title in November 1954, where he lined out at corner back against Drangan in Clonmel.

The county semi-final against Inane Rovers was not played until September 1955, with the club progressing to the final which was played on county final day,  Sunday October 29 against Holycross in Cashel where Michael played a key role in a seven- point victory.

Michael had by now become a regular on the  Ardfinnan senior team and played wing back in  1957 Tipperary Man’s Cup defeat of Ballingarry in Kilsheelan. In 1958  he lined out for Grange in the South Junior Hurling Final to Marlfield.

The sixties would prove more successful for both clubs and Michael was very much part of the success story. He helped Ardfinnan win the South Senior Football title in 1961 against Clonmel Commercials, playing at left half forward, and was an ever- present member of the team that won the 1962, 1963 and 1964 south and county titles.

In hurling Michael, playing at centre forward, helped Ballybacon-Grange win the  South Junior Hurling title in 1962, defeating Mullinahone in the final, and again in 1966 when the club defeated Kilsheelan in the South Intermediate final.

In 1971 he played a key role in the club’s successful run to the County Senior Hurling semi-final before losing out to eventual champions Moyne/ Templetuohy, who defeated Roscrea in the final at Semple Stadium.

During that period Michael was recognised by the county selectors both in hurling and football, playing with Tipperary in the Munster Junior Hurling Championship in 1958 while also selected on the Tipperary Junior Football Championship team in 1960. He continued to play both football and hurling, retiring in 1971.

Michael also took a keen interest in club affairs and served as Ardfinnan club treasurer from 1968 to 1975.

Michael was a great  family man and indeed got great enjoyment from playing other sports including golf, badminton and tennis, with  his wife Peggy and daughter Anne Marie joining him on the course.

Michael was recognised for his contribution to Cahir Park Golf Club in 2007 by being elected club president. He was also highly involved in Grange community with church, choir and Tidy Towns committees all benefitting from his vast knowledge and experience.

Michael’s contribution to Ardfinnan GAA club will  always be remembered and indeed recalled with great pride. He was a versatile and popular player who could adopt in any position and will always be associated with the club’s golden period in the sixties. He had also a lengthy career in the colours of Ballybacon-Grange hurling team.

In the boardroom he was the voice of reason, where he was listened to and respected by all. At his funeral the guard of honour that turned out from both  Ardfinnan GAA club and the community of Grange was testament to the esteem in which he was held.

Michael was pre-deceased by his wife Peggy.