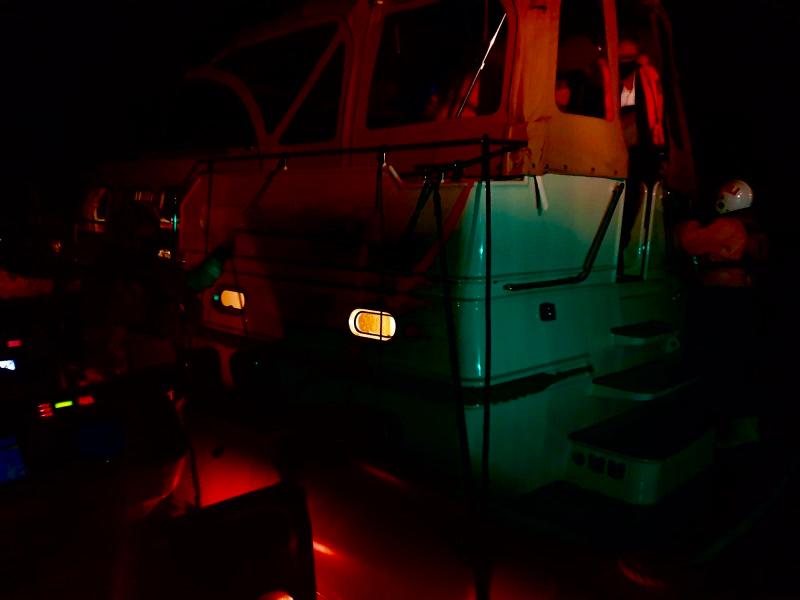 At 8.25pm on Monday, September 7, Valentia Coast Guard requested Lough Derg RNLI lifeboat Jean Spier to assist four people on a 35ft cruiser reported to be aground near Terryglass Bay.

At 8.47pm the lifeboat launched with helm Eleanor Hooker and crew Owen Cavanagh, Keith Brennan and Chris Parker on board.

It was nightfall, so crew used their onboard electronic navigation, RADAR, search lights, night vision binoculars and local knowledge as adjuncts to navigation. Winds were southwesterly, Force 4 gusting 5.

As the lifeboat approached Terryglass Bay, volunteer crew could see a flashing light signal ahead. Valentia Coast Guard provided the lifeboat crew with a contact telephone number for the casualty vessel.

The lifeboat made way to the red marker by Rinmaher Point on the Galway shore, and after rounding it, took soundings of the depth to the casualty vessel.

The lifeboat was alongside the casualty vessel at 9.06pm. All four people on board were safe and unharmed and wearing their lifejackets. An RNLI volunteer transferred to the casualty vessel. Once he was satisfied that the vessel was not holed, he set up for a tow.

The lifeboat took the cruiser off the rocks and out into safe water where drives and rudder were checked and found to be in good working order.

With an RNLI volunteer remaining on the casualty vessel with her four passengers, the cruiser followed the lifeboat across the bay into Terryglass Harbour, the safest closest harbour, where it was safely tied alongside at 10.08pm.

The lifeboat departed the scene and was back at station at 10.50pm.

Christine O’Malley, deputy launching authority at Lough Derg RNLI advised boat users to "study your charts and for your safety, plan your passage so that you arrive at your destination before nightfall".