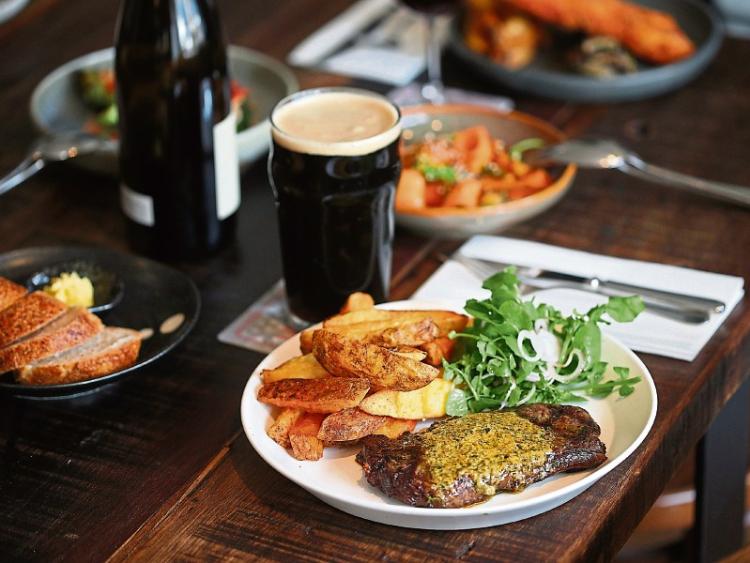 Deputy Michael Lowry has called for action to save 3,500 jobs in Tipperary's hospitality sector

Tipperary TD Lowry has said that urgent Government assistance in the form of sector-specific measures is required to save upwards of 3,500 tourism jobs in Tipperary and secure the future of Ireland’s tourism industry.

The Independent TD has committed to raising this matter as a priority issue with the Minister responsible for Tourism, Catherine Martin, in the coming days.

Deputy Lowry has been contacted by a well known hotelier on behalf of all hospitality providers in Tipperary who outlined the extraordinary and existential challenges facing the industry and the immediate sector-specific measures required to safeguard hundreds of thousands of livelihoods supported by tourism and hospitality.

"In recent days, it has become clear that our industry is operating under close to lockdown conditions and experiencing a catastrophic collapse in businesses levels. We face an imminent tsunami of jobs losses – 100,000 tourism jobs have been lost across the country so far this year, and a further 100,000 jobs are now at immediate risk," the spokesperson said.

Hotels and guesthouses are now reporting a 70% drop in projected revenues in September compared to this time last year. Bookings for September/October have plunged with average room occupancy levels at just 24% nationally - this compares with 86% for the same period last year.

As a result, local tourism businesses are facing very stark choices about lay-offs and whether to close their businesses altogether, as it is not sustainable to operate under the current restrictions given the existing inadequate supports.

Across Tipperary, the estimate the potential loss of 3,500 tourism jobs this year and a significant drop in tourism revenues for the local economy.

"This is nothing short of a disaster for our industry. Urgent Government intervention in the form of additional sector-specific supports are now required to limit job losses," he stated.

While the domestic market and Government supports provided a temporary reprieve that enabled sections of our industry to survive throughout the summer, the situation has abruptly changed and is rapidly escalating out of control.

Businesses are confronting the reality of an exceptionally bleak seven-month period ahead. The most recent restrictions introduced, including around gatherings, have greatly exacerbated the situation and businesses are, in effect, operating close to lock-down and under financially unsustainable conditions.

In particular, it is our belief that the controlled environment provided by hotels can safely accommodate gatherings of significantly more than 6 people, which are an essential part of the fabric of Irish life.

"Catastrophic situation are facing tourism businesses due to the non-existence or overseas visitors this year, domestic tourism has now dried up after a short-lived two-month reprieve in July and August, business meetings and corporate events are no longer taking place , family gatherings are taking an enormous hit given the restriction to six people and weddings venues are reporting over 90% reductions in business levels.

"More generally, people are significantly cutting back on social food and beverage spend. In comments by NPHET, the ‘over 70s’ age group have been expressly advised not to travel to hotels – this is a key demographic for our industry as we head into the autumn/winter season

There is the hope of light at the end of the tunnel by April 2021 in relation to returning to a semblance of normality.

However, in the absence of sufficient Government support and increasing restrictions, many local businesses will have closed by then with the loss of up to 200,000 tourism jobs nationally.

It is impossible to overstate the implications this would have for the long-term viability of our industry and our ability to act as an engine for growth throughout the entire country.

A severely devastated Irish tourism sector would be a major loss to Ireland’s economy and society for many years to come. This must and can be avoided.

Those in the hospitality industry says that urgent measures now required from Government include the Review of six-person limit, the return to the TWSS Wage Subsidy Scheme payment as opposed to the reduced Employment Wage Subsidy Scheme (EWSS)Liquidity.

Additional liquidity measures are required to help fund hotels during the coming months as a result of the cash flow lost out due to Covid-19 restrictions, including extension of the moratorium on bank term loans from 6 months to 12 months, local authority rates waiver until the industry has recovered, a reduction in tourism VAT to 9% and a testing regime  to restore international travel safely as soon as possible.

An active, intensive and prolonged public policy support framework is required to steer the sector through this crisis, and this is economically and socially justified by the scale of the national and regional economic output and employment at stake.

Everything possible must be done to stave off a disastrous outcome and put tourism on a more stable footing, similar to the last financial crisis, when tourism created some 90,000 new jobs – demonstrating our industry’s ability to rebound given the right supports and policy priority.

It is vital that the Government recognises that tourism demand has not permanently shifted. As expected in other international destinations, our industry will recover and it will play an important role in restoring employment and regional balance to the economy, if the necessary supports are provided. Ireland as a tourism destination has enormous potential.

"Safeguarding public health is an absolute priority for the Irish Hotels Federation and our members, and we are fully committed to supporting the Government in the task of suppressing Covid-19. We also wish to be part of the process of restoring the economy and the livelihoods of the almost 270,000 people who worked in our industry last year," stated the spokesperson.