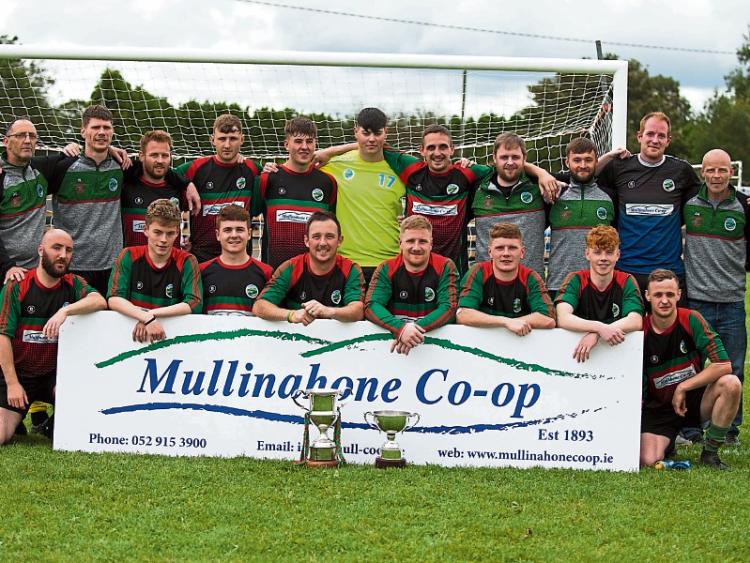 The Mullinahone side who beat Suirside in the Peter O’Reilly Cup final to complete the league and cup double.

Mullinahone added a second piece of silverware to their trophy cabinet this season when they beat underdogs Suirside by a single goal in a well contested Peter O’Reilly Cup final at Mullinahone on Sunday morning last.

The home side celebrated league success last weekend and went into this game favourites to win against a Suirside outfit that have had a rough season, but the visitors were more than a match throughout the early exchanges.

Both sides had created a few half chances before the league champions finally made the break through in the 20th minute when Ryan Hicks latched onto an excellent through ball to fire home from ten yards out. After that both sides continued to play good football and threaten each other’s goal without ever getting the ball into the net.

As the second half progressed it was Suirside who were throwing a little more at the leaders and they thought they were level half way through only to see a Mullinahone defender clear off the line and knock the ball to safety. They also seen an effort come back off the crossbar as the home sides defence lived dangerously, but ultimately Mullinahone held on for another famous victory. 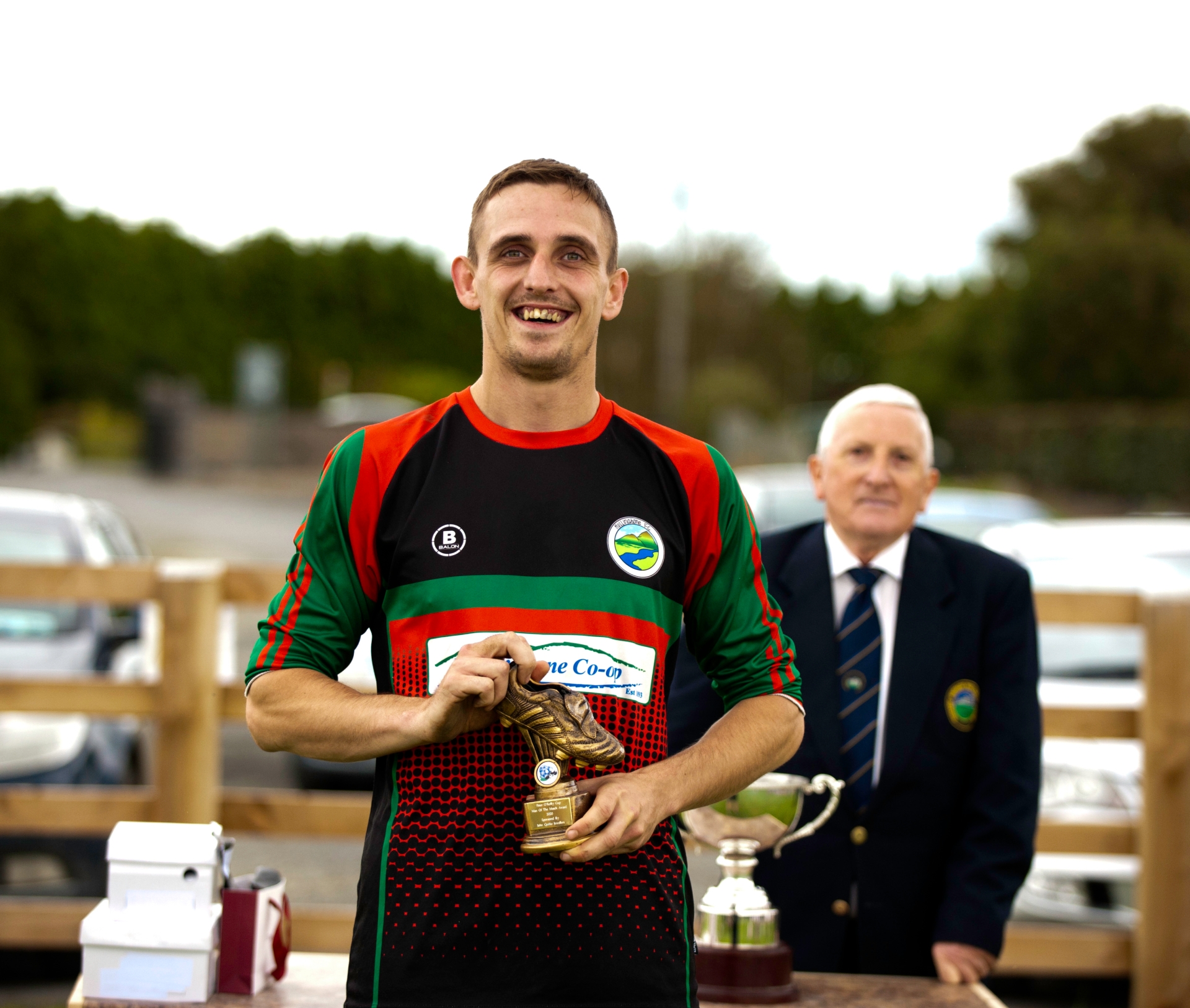 Ryan Hicks of Mullinahone pictured after receiving his man of the match award in the Peter O'Reilly Cup final.