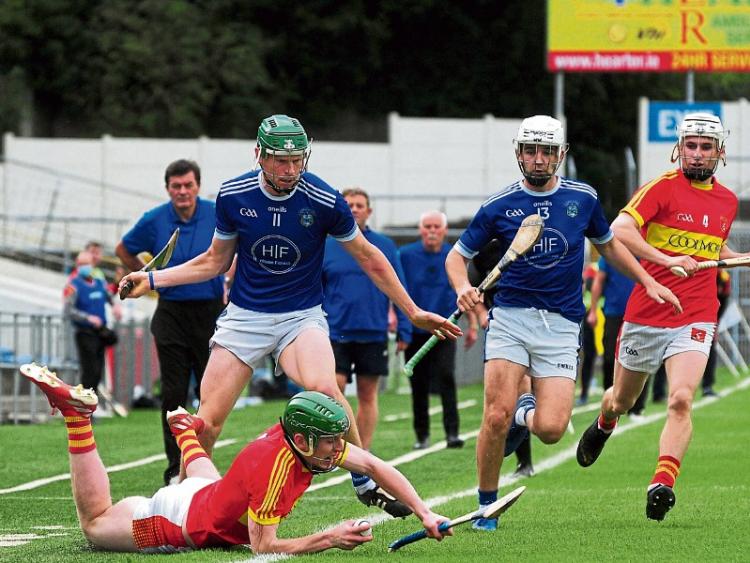 Killenaule’s hopes of an instant return to Dan Breen cup action were dashed at Semple Stadium on Sunday as they were comprehensively defeated by Lorrha in the Seamus O Riain cup semi-final.

Shortlisted as potential winners of this competition, Killenaule never really rose to the challenge and despite a bright start, they were soon on the back foot and playing catch-up against opponents who were faster in thought and action, and who will now face further south opposition as they lock horns with Mullinahone in the final

Killenaule started without injured county man John “Bubbles” O’Dwyer but he was brought into the action at half-time. Heavily strapped, he was obviously unfit for championship fare, and he retired after 12 minutes, a blow to a Killenaule challenge that badly needed a boost as the game was quickly going beyond them.

Killenaule’s opening flourish flattered only to deceive. Dean O’Connor’s goal after four minutes, punishing hesitancy in the Lorrha backline, saw them open a 1-2 to 0-1 lead and things looked promising for them.

However, Lorrha soon settled into the game and in the 10th minute Colm Fogarty shook  off a couple of tackles to shoot their first goal for a 1-4 to 1-2 lead.

With Patrick “Bonnar” Maher leading the attack well, they never looked back after that. At the first water break they were 1-7 to 1-3 ahead and at half-time they held the same advantage 1-10 to 1-6.

Killenaule might have had a goal after 20 minutes but Eoin Barry was denied by a brave save by Lorrha goalie Paddy Reddin.

With the breeze behind them in the second half, it was advantage Lorrha and 4 minutes after resuming Chris Fogarty cheekily dispossessed his marker to slip home Lorrha’s second goal. Niall and Eoin McIntyre quickly added points for a double scores lead, 2-12 to 1-6. 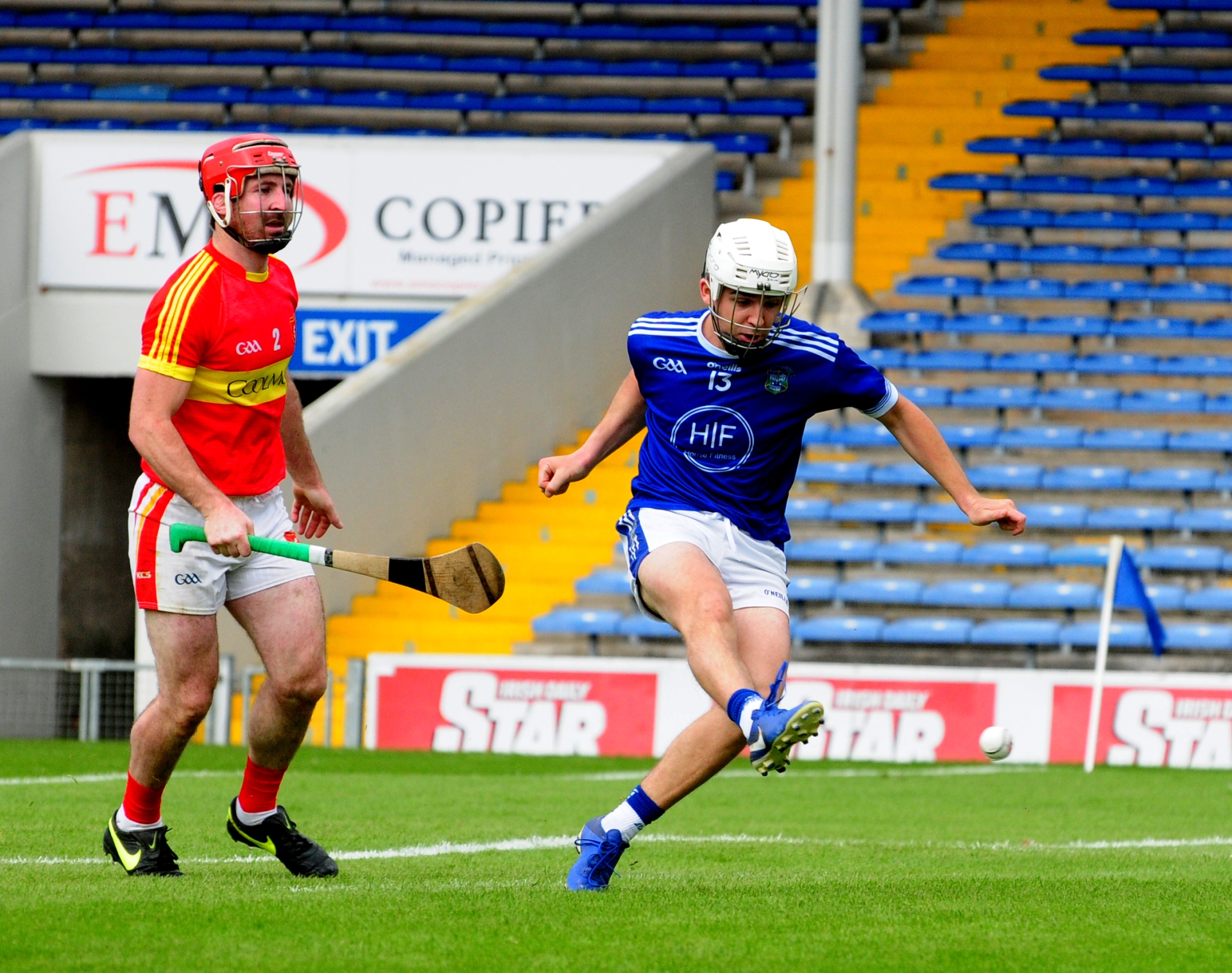 Chris Fogarty of Lorrha-Dorrha minus his hurley fires the ball to the back of the Killenaule net with his right boot. Photo by Eamonn McGee

Killenaule were in serious trouble but they finished the third quarter well with four unanswered points. A couple of possible point chances were squandered by them from frees and play and at the three quarter stage Lorrha still held a six point lead 2-13 to 1-10.

It was going to take a big effort from Killenaule to retrieve the situation but it was  within their scope. However, they never really mounted a serious rally and Cian Hogan’s goal for Lorrha in the 55th minute, off his brother Brian’s free, ended the game as a contest with Lorrha 3-16 to 1-13 clear.

County goalie Brian Hogan, operating very effectively at number six for Lorrha, hit three great long-range points from frees in that closing quarter as Lorrha coasted through to the final.

After an uncertain start to the campaign, Lorrha are where they want to be and the prospect of silverware should hugely motivate them for the final against Mullinahone. A young side, they have  lots of pace and are very skillful, but they are also able to handle the rough and tumble of championship fare and will be hard to beat.

It was a disappointment for Killenaule not to at least reach the final but on this performance, they can have no complaint. They were beaten by a better team despite the best efforts of Joe O’Dwyer, Paudie Feehan, Killian O’Dwyer, Tom Keaveney and Dean O’Connor.