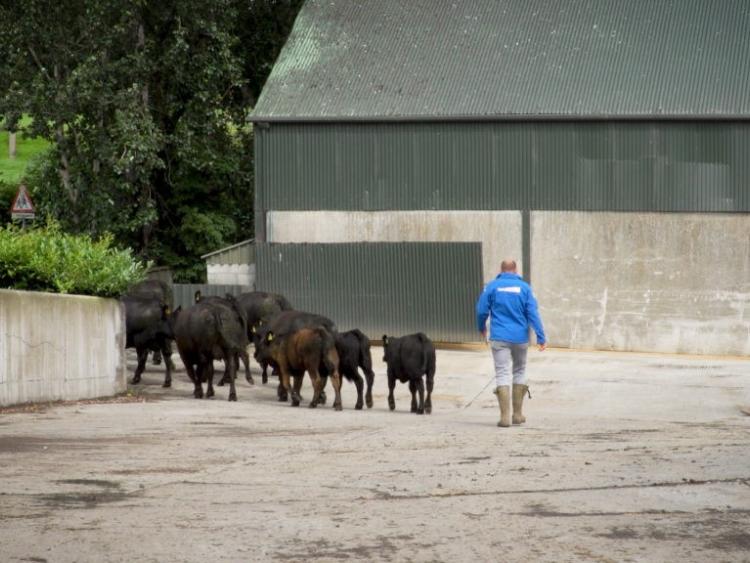 Rory Best on his farm in Armagh

Former Ireland rugby international Rory Best has embraced the farming life after bringing his professional rugby career to an end in 2019.

After 124 appearances for the Ireland international rugby team, the Armagh native returned to the family farm near Poyntzpass to help his father, John, and his brother, Simon, in the running of the farm.

Rory spoke about the transition back into farming after 15 years of senior rugby with Ulster and Ireland.

“The transition from rugby to full-time farming has been reasonably good. I’ve really enjoyed it. Even though the lockdown period on account of Covid-19 was really difficult for everyone, I think for me, personally, transitioning at this time meant I had no other distractions,” he said.

Rory revealed that he wasn’t being pulled to events to do with rugby, which meant he could focus on farming and getting work done around the farm.

“Basically, it gave me time to readjust and get fully involved in the family-run enterprise once again,” he said. “I have enjoyed it getting back into it; it’s something I have loved doing since I was no age.”

Rory went on to talk about the system in place on the farm and about his pedigree Aberdeen Angus herd and how dairy herds were keen to use Angus bulls.

“We could be running - at any one time - from 140 to 150 head of cattle. We calve the cows down in March and we are try to get them away [the calves] the following July or August, as young bulls; the majority of which end up in dairy herds,” he said.

Rory said that this was a good system; it worked well for them to calve in very early in spring to get them on to their feet and out onto grass as soon as possible.

“To be successful we’ve got to get and keep our fertility high and that’s a big thing for us. If we can get a calf a year from every cow and get them weaned at half body weight going into the housing period we will be happy,” said Rory.

He maintained that ease of calving was a big thing for them.

“A lot of our bulls go into the dairy herd because dairy farmers don’t want to be pulling big calves out and we don’t want that either here on our farm,” he said.

The Herdwatch app has been “invaluable in the day-to-day running of the farm,” according to Rory.

“I chose to go with Herdwatch because the phone is something you have with you at all times. I’m able to pull the phone out at any time to check stock and check for anything that needs to be done – such as weight recording,” he said.

The former Ireland captain pointed out that it was, ultimately, the simplest way to keep records.

“You’re not writing down on scraps of paper. It’s whoever has got the phone – they register any information that needs to be recorded,” he said.

The big change was that it was done then and there. It’s straightforward and, for Rory, when he was still playing rugby, he was able to pull the phone out of his pocket and keep in the loop and get jobs done.

“One major benefit is the weight recording. It is really important for us and the great thing is that my father and I can do it together. When we are weighing our calves, we can input the weights into the app and it gives you the daily live weight gain for each one,” he said.

Rory added: “The calves are registered and tagged straightaway, so that we don’t forget about it. If you have any issues you can phone Herdwatch. They can sort it out remotely as well and talk you through what you need to do, so for me the support you get is invaluable.”